Medellin, Colombia - Things To Do In The City Of Eternal Spring 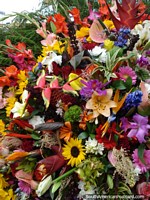 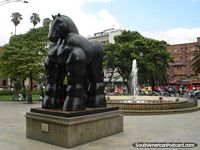 My most recent time in Medellin in 2018 after arriving from Manizales was another good experience in the city and I did some new things! On one side of the famous Plaza Botero where all the bronze sculptures are is the Antioquia Museum (Museo de Antioquia). The museum is full of paintings, ceramic and bronze sculptures and miniature artworks, they allow photography without a flash. The Park of Lights (Parque de las Luces) is pretty awesome, the lights come on at around 6:30pm, it was created in 2005. I took a fantastic photo of the lights with a fisheye lens! I decided I would go to Comuna 13, formerly the most dangerous neighborhood in Medellin where drug lords ruled. Organised tours of Comuna 13 can be arranged but I decided to go it alone. Take the metro train to San Javier Station, then take a taxi up to Comuna 13 from there. Comuna 13 has reinvented itself and has some amazing street art, art galleries and cafes too. You should still be careful and watch your surroundings in this part of the city.

I arrived in Medellin for my 2nd time in the middle of July 2010 for a few weeks at the most, nearly 5 months later in early December I was still here! After 5 weeks up on the coast in the hot weather, when I got to Medellin I felt a sense of the climate being perfect enough to be able to live here for a while. I initially stayed in a hostel in Poblado for 6 weeks having lots of fun, going out to enjoy the nightlife and meeting lots of people.

I still was in no hurry to leave Medellin and I wanted to improve my Spanish, so I decided to go to university. After starting 3 months of courses I moved to an apartment in Envigado 10 minutes from the university by bus. Later I moved back to the hostel in Poblado again for a while and then found another apartment 5 minutes walk from university which meant I could walk there and back when I wanted. After nearly 5 months living in Medellin I know a few things about the city and a few places to visit.

Getting around the city is easy in buses and the awesome Metro train which travels overground above the roads and buildings plus you have great views of the city as you travel around. As the train pulls in to each station a recorded voice in English and Spanish says what things there are to see around the area of the station and indeed there are many cool things to see around the city! Medellin also as part of the Metro train system has 2 or 3 cable cars, one leaves from Station San Javier on the westline and the other from Station Acevedo on the northline. Both offer fantastic views over the whole city and also amazing views of the poorer neighbourhoods and areas of town.

Medellin has bustling city streets, market areas and shopping in the central city around San Antonio and Parque Berrio stations. Near Parque Berrio in Plaza Botero there are many giant black bronze works which are a must see! There are many churches around the city also, you see some of them while in the train.

Parque Lleras in Poblado is a very busy place on Friday and Saturday nights with bars, clubs and restaurants and many 1000's of people partying on the street until very late (or early). This is also a good place to see many of Medellin's beautiful women. Dating the women in this town is another story!

So what is it about the climate here that is so good? Well, it's mostly perfect except for when it rains too much. Usually it is warm or hot in the day and nice and cool in the evening and night but you are still able to wear a t-shirt with jeans. So in general you never have to wear jackets and warm clothing, which is great.

For a city of about 4 million people it doesn't feel like there is that many people here, it is spread out right up into the hills. Sometimes the trains are a little crowded but usually only at peak times and weekends, of course the streets in the center of the city are bustling with activity.

Medellin feels reasonably safe but also has edge, a good combination. It doesn't have quite the edge and danger of the 80's but that is a good thing, it has changed! I have seen and heard about a few minor incidents of muggings but that is all. I have never had any problems but be aware of pickpockets on the trains and in bars etc.

Some good things to see around the city include the churches - Iglesia del Sagrado Corazon de Jesus, Basilica de Nuestra Senora de la Candelaria and Iglesia del Perpetuo Socorro. Near Alpujarra station is the park of lights (Parque de las Luces) and some nice plazas, monuments and statues including a monument to Guillermo Gaviria and Gilberto Echeverri.

A visit to Santa-Fe Mall might be interesting if you want to see floors and floors of great shops and eat in an amazing foodcourt.

El Castillo is a big castle with museum, fountain, flora, fauna and gardens. We had a tour inside the castle and walked around the gardens. It's in the south part of the city in El Poblado.

I went on the Pablo Escobar Tour. They drove a small group of us around Medellin in a van for 3hrs or so seeing buildings, sites, the planes, the grave and the house where he was gunned down in 1993. It cost $30,000 pesos which is about $16USD. It was quite good and a good tour of the city also.

The Festival of Flowers

During July / August is the Feria de las Flores - The Festival of Flowers. An annual event with parades, shows, concerts, parties and all kinds of things happening in the city.

I saw the XXIV Desfile a Caballo - The Horse Parade with 1000's of people riding horses through the streets of Medellin, very exciting.

Also that day the Colombian Army paraded in full uniform and weapons with some in camouflage suits, that was really exciting to see.

I also saw the 10th Chivas y Flores parade - small open buses decorated with flowers driving through the street which was very colorful. The buses were full of happy partying people waving flags and singing.

The classic cars parade called XV Desfile de Autos Clasicos y Antiguos was also great to see - 100's of prime condition classic cars from the 50's and other decades plus Kenworth trucks and other types of vehicles.

Carry Flowers on Your Back?

On the last day of the festival was the main event called 53rd Desfile de Silleteros. This is a huge parade along the motorway where 100's of people carry flowers on their backs. The flowers are made into pictures and cover a wooden board, the people carry the whole thing on their backs for miles. On this day there are also dancers, amazing costumes, bands, acrobats and colorful floats. It was not easy at first to get a good view but in the end I got through the crowds on the bank and down onto the road near to the action. I got some good photos from here.

In the area known as Industriales there is Cerro Nutibara or Nutibara Hill named after Cacique Nutibara - a local indigenous chief. On top of the hill they have built a replica of a typical town in Antioquia, it was built in 1978. There is a church, houses, radio station, school and barbershop. There are places to sit down and eat and great views of Medellin can be seen from the big viewing platforms.

After living in Poblado a while I decided to move to a more authentic Colombian area. Poblado is the richer part of town and lacks a bit of street life. I moved to Envigado for a few weeks, it's 10 minutes south by bus from Poblado. Envigado is a very cool area and much more Colombian with its street life which includes bars, shops and people on residential streets. It was great, a very nice area. Envigado has a nice park and plaza with church at the top of the town where I spent a lot of time hanging out. It was easy to get to meet the locals better in this part of town away from the more touristy Poblado area.

From Medellin, Guatape and Penol are a good day trip or you can stay a few days near the lake and climb the great rock!

Medellin is one of my favourite cities in Colombia that I have visited. I wasn't intending to stay for so long but it was an excellent experience living in a South American city. After my 3 months at university had finished it was time for me to go traveling. I wanted to go to Venezuela and the Amazon River in Brazil.


View all photos in the Medellin Photoset

Hotel Zona A, Medellin, Colombia (February 2021 - 1 night) - Hotel Zona A in the Zona Rosa area of Poblado Medellin is a very nice place to rest your head for the night. Arriving at 10pm and leaving to the nearby airport at 4am I got a special price of around $35USD for my 6 hour stay. Usually the price is s little higher. The hotel has beautiful rooms with a nice large bed, nice bathroom with hot water, tv and wifi and is very comfortable indeed. Recommended.

Hotel San Esteban Center, Medellin, Colombia (May 2018 - 2 nights) - Super-central city hotel in Medellin beside Parque Berrio railway station for $43000 pesos! Great location if you want to be right in the center. Private room with bathroom, tv and wifi, comfortable bed and friendly staff. The area outside is full of activity, food, shops and more and is well-policed. Recommended.

Black Sheep Hostel, Medellin, Colombia (July-October 2010 - 3 months) - I came to Medellin and stayed at Blacksheep for 3 months, I had a great time here, the staff are the best. It has indoor and outdoor areas to hang out in and there are dorms and private rooms, the showers are hot, the place is kept very clean by ladies. The kitchen is well equipped and there is free coffee in the mornings. The BBQs on sunday nights at 6pm are super! Recommended. 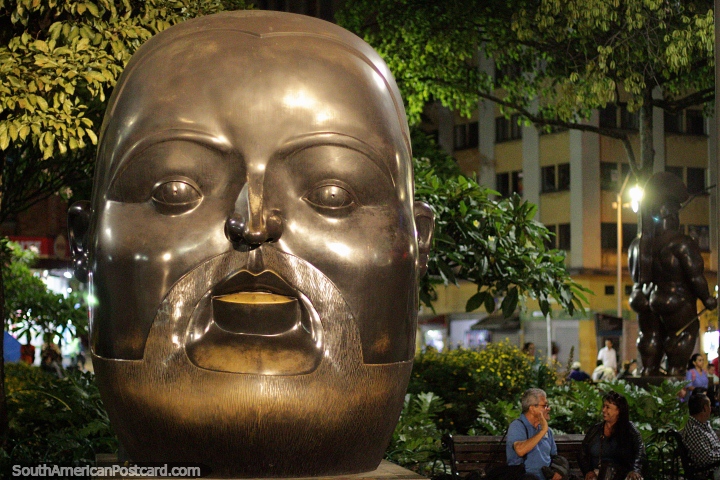