Streetlamp in Pamplona with distant churches and countryside.

A human skull on display at the Arquidiocesano Museum in Pamplona.
Map location: Pamplona, Colombia

Pamplona with its cooler climate is a municipality that sits in the mountains halfway between Bucaramanga and Cucuta. A university city with a large student population and a pleasant place to spend the night to break the journey and see the sights. Pamplona was founded in 1549 and stands in the Valley of the Holy Spirit. The city is covered by the mist of the hills that surround it.

Churches in Pamplona include firstly Santa Clara Cathedral (Catedral Santa Clara), the stone church located at the main plaza which was founded in 1584. The cathedral survived the great earthquake of 1875 and is the oldest religious building in the Norte de Santander department. The church was restored in 1980. 3 blocks up the hill from the main plaza you will find the Church of Carmen (Parroquia Nuestra Senora del Carmen), a white church with a single bell and clock tower. The Church of Carmen was built in 1835. Another standout sight in Pamplona is the Asilo de Ancianos San Jose Church (1894) with its single green tower. There is also the white cemetery church - Sanctuary of the Lord of Humilladero (Ermita del Senor del Humilladero) (1605). Other churches in Pamplona are - Ermita de las Nieves (1549), the Chapel of San Juan de Dios (1665) and Santo Domingo Church (1563).

Who Are The 3 Bronze Busts?

At the main plaza in Pamplona is a line of bronze busts of 3 important people. From left to right they are: Mrs Agueda Gallardo de Villamizar (1751-1840) - she was a hero of the independence of Colombia and was born and died in Pamplona. Captain Pedro de Ursua (1526-1561) - he was the founder of Pamplona (1549) and was assassinated while leading an expedition down the Maranon and Amazon rivers. General Ramon Gonzalez Valencia (1851-1928) - he was a military officer and president of Colombia 1909-1910.

Pamplona has several museums for which some may be worth visiting. The 2 that were open during my visit were not great. However, the ones that were closed may be worth seeing if they are ever open. Firstly the Colonial House and Arquidiocesano Museum (Museo Casa Colonial) (1962) located several blocks up the hill from the main plaza. I found this place to be rooms piled up with old junk - old typewriters etc, really little to see, the colonial house the same. Museo Casa Anzoategu - I arrived. The door was open. I went inside and started looking around. The man came out from one of the rooms and was acting like he didn't want me to be there so I walked to the front door and out to the footpath and then he closed the door. From what I saw here, there was little to see, quite dull actually. I didn't take a photo of anything. A museum in Pamplona that from looking at photos on the internet looks much better is the museum of modern art (Museo de Arte Moderno Ramirez Villamizar) if it is ever open. Other museums in Pamplona include Casa Agueda Gallardo de Villamizar and the Archdiocesan Museum of Religious Art (was also closed). Nomadic Niko had a similar experience with museums in Pamplona being closed!


View all photos in the Pamplona Photoset

Hotel Quinta Real, Pamplona, Colombia (April 2021 - 1 night) - Located in the town center just half a block down from the main plaza, Hotel Quinta Real in Pamplona offers a basic room for around $20USD with private bathroom, tv and wifi. Breakfast is included in the price. Some rooms have a view. The hotel is secure and the staff are helpful.
Colombia Travel Blog | Photos of Colombia | Festivals in Colombia | South America Videos 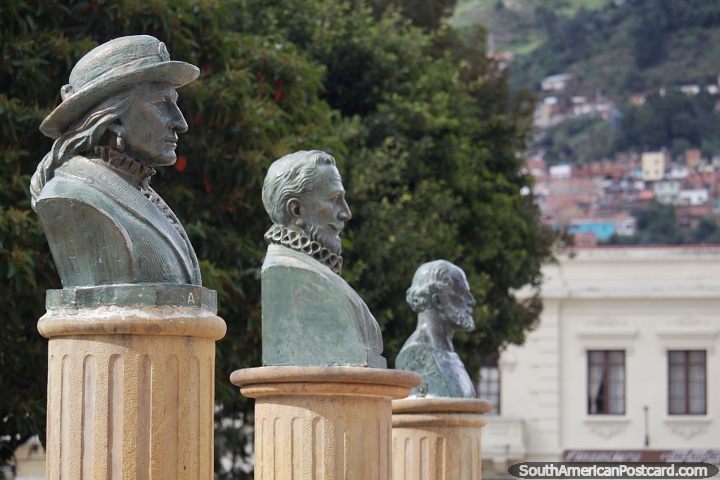