Large bird, obscured, peeks out from the bushes beside the Magdalena River in Girardot.

Fantastic paintings and views of the river to enjoy as well as fresh fish, La Maloca Restaurant, Ricaurte, Girardot.

Tripadvisor says that in Girardot you should visit the cathedral, the commercial center, the swimming pool, the train park and the plaza. Well sorry Tripadvisor, have you even been to Girardot? Obviously not! If you want to swim at the pools or see the train park, these are the only things worth doing from the above list and I have some better alternatives for things to do in Girardot. To go to a city in the middle of the jungle beside the Magdalena River to go shopping and to church is NOT what you do in Girardot!

A Good Place To Stay

I arrived in Girardot from Bogota which takes 3hrs 30mins by bus. It takes a long time to get out of Bogota in daylight you know. I had come down to Bogota from Guatavita (an hour north of Bogota). I actually was intending from Bogota to head south-east to Villavicencio but the road was closed due to landslides and no buses were running there, so instead I headed west to Girardot. Outside the bus terminal in Girardot, on the opposite side of the road are a bunch of hotels. While I crossed the road to go to one of them, a man came up to me and suggested I stay at a place that he knew of very nearby. Luckily that ended up being a very good idea because this hotel is called Adventure Hotel and the man who runs it, 'Richard' can show you a good time in Girardot!

First thing I did in Girardot was head to the main plaza where I hoped I would see something, but there is nothing to see. The city is not very attractive and it is also a little dangerous in parts due to a high rate of juvenile delinquency. The best place I could find for food in Girardot was the food chain Kokoriko where you can get some awesome and delicious burgers and salads. Apart from that all I could find around the city was fried chicken and other fried food.

Tour Of Girardot With Hector

I paid Richard's friend 'Hector' $50,000 pesos ($17USD) to take me on a private tour of Girardot for a couple of hours - you can't beat local knowledge! Firstly we headed to the train park but the old trains are not really a great attraction, it's a bit shabby. What is much better is to walk out and across the old railway bridge 'Puente Ferreo' (built in 1925 and inaugurated in 1930). The bridge is 466 meters long and was declared a national monument in 1997. From the bridge you will get stunning views of the jungle, mountains and river - so green, open and beautiful. Inside the old railway station you can see old black and white photos from Girardot - the train station with people arriving in 1940, hydroplanes on the river in 1920, boats being loaded with coffee to transport to Barranquilla for further transportaion to the world, the train station employee gang from 1929, the construction of the bridge in 1925 and the inauguration of the bridge on January 1st 1930. We also drove down the road to get to the waters edge below the bridge. From here we went to the Market Plaza (Plaza de Mercado) which like the old railway bridge is also a national monument because of its design and architecture. With a German design, the market was built between 1946 and 1951 and was considered at the time to be a great work in modern architecture but these days the building is a little rundown. Inside the Market Plaza you will find all kinds of things for sale including fruit and vegetables, classic Colombian sweet goodies, hats, ceramics, arts and crafts, cooking utilities made of wood, medicinal herbs and medicines and an animal market. From the market we went to the mirador lookout for more fantastic views of the area around Girardot different than from the bridge. 15mins drive from central Girardot is the small municipality and town of Ricaurte, this is where Hector took me next! In Ricaurte beside the river is the port and some restaurants where you can eat fresh fish. Over at La Maloca Restaurant the food is rated pretty good. You can eat local fish from the river or fish caught from the sea while enjoying views of the Magdalena River and also see the beautiful artwork and paintings that there are on exhibition inside the restaurant. Make sure you bring mosquito repellent when you are anywhere near the river! This was my tour with Hector and we finished it off with an ice cold beer in Ricaurte!

We waited until 4pm when the heat of the day had died down to venture to a point on the Magdalena River (by taxi) where we would begin a little adventure in a blow up dinghy, 4 of us! Richard from Adventure Hotel, a Girardot local was the man in charge and with 2 female companions we set out. For a couple of hours we paddled and floated down the river while spotting wildlife along the way - birds. I saw wooden riverside jungle huts, fishermen fishing and enjoyed the beauty and peacefulness of nature. During the journey we stopped occasionally to check the air in the dinghy. We also went swimming, had some beers, made a little fire, fought off the mosquitoes, talked a lot and that's all I'm gonna tell ya! After an extended riverside break and after darkness had fallen we reboarded our vessel and continued a short distance until we reached the riverside property of some friends of Richards where we disembarked, ate some food and waited roadside for a taxi back to the hotel in Girardot. It was not an easy job taking photos from a twisting, turning, bouncing blow up dinghy but I did my best and made a few reasonable shots. You need a long zoom (mine 250mm) and a fast camera speed to have any chance of photographing the wildlife while on the Magdalena River. Have a good time!

From Girardot I continued traveling west, back up into the mountains to Ibague - 90mins by bus.

Vallenato music live in the streets of Girardot, Colombia. People dancing & enjoying themselves. After this, the woman roped me into dancing with her which I did. Luckily they haven’t yet sent me that video! #music #Colombia #Travel #video https://t.co/jcPK7K0Sef pic.twitter.com/50fMeLvcCc

Girardot Colombia, a dangerous city for a tourist to walk around apart from the center. Today Hector took me by car on a private tour which was great. The police told us at one point to leave where we were because of my camera = danger! #Travel #Colombia #SouthAmerica pic.twitter.com/PvIUeluucf

Street art in Girardot, Colombia. She looks similar to the Mona Lisa. Today I’m heading out on a boat on the Magdalena River to look for wildlife & see this jungle area! #streetart #urbanart #Travel https://t.co/jcPK7K0Sef pic.twitter.com/9GtzqEt6lu

Pineapple delivery in Girardot Colombia, notice the half drunk beer in the corner of the trunk. It's hot in Girardot & is surrounded by jungle & is beside the Magdalena River. It's one of the places I stopped while traveling between Bogota & Cali! #fruit #Travel #Colombia pic.twitter.com/aXO9oTA55y


View all photos in the Girardot Photoset

Adventure Hotel, Girardot, Colombia (May 2018 - 3 nights) - Located near the bus terminal, Adventure Hotel cost $50000 pesos. I'm quite sure the hotels across the road from the bus terminal are cheaper. Nice room with bathroom and a very firm bed plus tv and wifi. Helpful staff and relaxed atmosphere. Lots of fun to be had here. Take a private tour or head out on the river! Recommended.
Colombia Travel Blog | Photos of Colombia | Festivals in Colombia | South America Videos 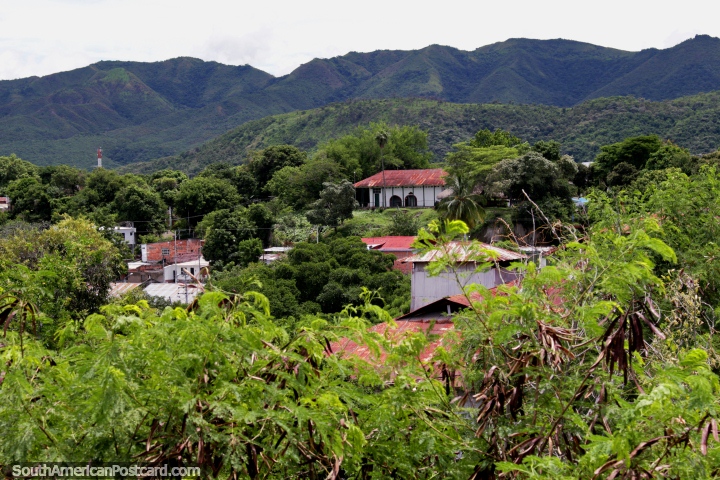