Painting of some of the 3 million people who visit the cathedral in Buga each year at the local museum.

Mrs Gabriela Sarmientos bed with the anagram of her first and last name at the Lord of the Miracles Museum in Buga.

Buga is a place you may likely pass through if you're traveling up from southern Colombia or heading south from the coffee region, the city sits roughly halfway between Cali and Armenia. In many ways Buga is a junction to different parts of the country with Route 40 heading westward to Colombia's main port city of Buenaventura where I had arrived from (2hrs 30mins by bus). Buga is a convenient place to spend a night and rest while traveling, but is most famous for its cathedral - Basilica del Señor de los Milagros which houses an image of Christ called the Lord of the Miracles. Buga has an array of 17th and 18th century buildings, old churches, shady parks and its prestigious religious museum. In many ways Buga, with over 3 million pilgrims each year, reminds me of another religious center I've been to in Paraguay called Caacupe where the cathedral is the big attraction! The big day in Buga each year is the 14th of September (Day of the Lord of Miracles).

Buga's famous cathedral (Lord of the Miracles Minor Basilica) has a long history! The building was a hermitage in 1573 when Christ appeared in the Guadalajara River and the new sanctuary was built in 1892 and completed in 1907. Around 1580 Guadalajara de Buga was a village. Local lore says that a native Indian woman was washing clothes at the river when a little wooden cross appeared floating there, she took it home and as time passed the cross kept growing. Around 1590 the cross became an object revered by the townspeople. On the very spot where the washing woman lived in a modest hut, a chapel made of adobe with a thatched roof was built. The devotion of the Lord of the Miracles kept growing year after year until the samll chapel became a pilgrimage center for visitors from all around the country. The hermitage presented more and more damages and the cracks in the walls increased. Thanks to the donations made by the faithful, from 1718 to 1734 the chapel was repaired and enlarged, adding a body with three naves and giving it a presbytery. In 1756 the sacristy was constructed as well as the side chapel that housed the venerated image of the Virgin until 1907. In 1778 a front piece adorned with silver sheets plate was placed on the main altar and a double door was added to the Lady's chapel.

Origin of the Torre de la Ermita Vieja (Old Hermitage Tower). From 1830 to 1834 the chapel bell tower was built. The tower has a Doric style and it is impressive despite its simplicity and moderate height of 18 meters. A bronze bell cast in Buga in 1885 graces its top, as well as part of a cannon used during the war for Colombia's independence.

Lord of the Miracles Museum

Iglesia de la Merced (Mercy Church) was built in the 17th century. In 1766 it was destroyed by an earthquake and the Torres family rebuilt it. Oil paintings, doors and ornmanets were transfered to the new church.

Parque Bolivar (Simon Bolivar Park), in Colonial days the site was known as the Pass of the Souls because the slave women that came to collect water from the river wore long, white tunics and at night their silhouettes made them look like lost souls roaming the area.

Iglesia de Santo Domingo de Guzman (Saint Dominic of Guzman Church) was built in 1588 and is one of the first churches in the city. The church was affected by the earthquake in 1766 and was rebuilt in 1797.

Saint Peter Apostle Cathedral, also known as Parish Church and Matrix Church was built between 1574 and 1616.

From Buga I traveled to Manizales via Cartago and Periera, 3hrs 30mins by bus.


View all photos in the Buga Photoset

Sebastian Real Hotel, Buga, Colombia (May 2018 - 1 night) - Super cheap room in the center of Buga for $25000 pesos. A nice place with comfortable bed and private bathroom, tv and wifi. Friendly staff. A good place to stay for a night to break the journey. 10mins walk from the bus terminal.
Colombia Travel Blog | Photos of Colombia | Festivals in Colombia | South America Videos 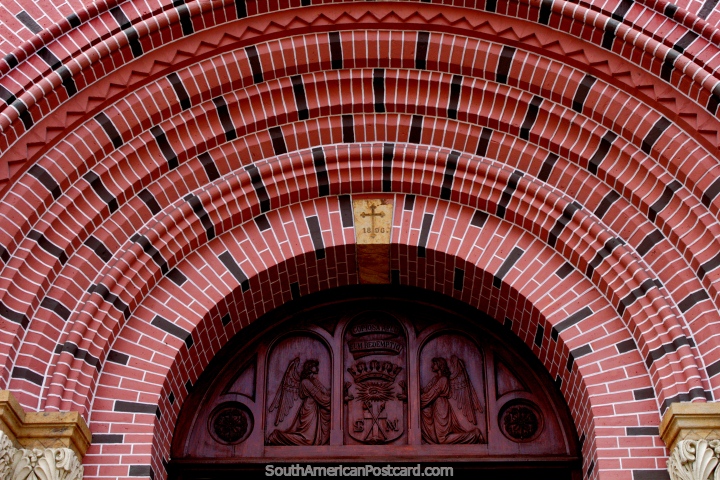