White stork sits in trees perched above the river in Neiva.

Monument in Neiva, half horse, half man, bows and arrows, abstract.

Brown leaves with jagged edges bask in the sunshine in Neiva.

A river bird in the waters of the Magdalena River in Neiva.
Map location: Neiva, Colombia

Hot and sweaty, the tropical climate in Neiva located beside the Magdalena River south of Girardot and east of Cali. A city not usually visited while on the tourist trail in Colombia. However, you can get a quick flight here from Bogota with EasyFly which is what I did to start a leg of travel to some unknown places in the south of the country. My route for this trip was Neiva, Florencia, San Agustin, Mocoa, Pasto and Tumaco. Apart from Pasto, all new places for me!

Like all river cities in South America that I know and there are many, the river of course is an attraction. A place to stroll under large trees and enjoy the nature that is all around you - birds, butterflies, exotic plants and flowers. Noticeable for me is that Neiva could make their river park and malecon a lot nicer and safer. Like the city of Monteria in the north-west where they have done a terrific job in creating a safe, family-orientated river park and malecon. Best time to walk along the riverfront in Neiva is early morning or late afternoon as the heat becomes quite intense in the middle of the day.

Santander Central Park is where hotels, restaurants and shops in Neiva are located and everything to see in the city is accessible from here. See the Gothic cathedral (1957), the white colonial church (a national monument) which was rebuilt in 1791 and the large fountain. Between Santander Park and the river is Plaza Civica Los Libertadores where you can see the monuments - Monumento Quinto Centenario (a tribute to locals) and Barcino (a man taming a bull). The Tatacoa Desert, 38kms from Neiva makes a good day trip from the city.

From Neiva it takes 5hrs by road southward to get to Florencia which is where I headed next!


View all photos in the Neiva Photoset

Hotel Santander, Neiva, Colombia (January 2021 - 2 nights) - Hotel Santander in Neiva is located right beside the main plaza. The ground floor is the restaurant and above is the hotel on several floors. At around $15USD for a private room it is a good deal. The room has a balcony for views up and down the street, is equipped with aircon, tv, wifi and private bathroom. You can stay comfortably here for a few days. Recommended.
Colombia Travel Blog | Photos of Colombia | Festivals in Colombia | South America Videos 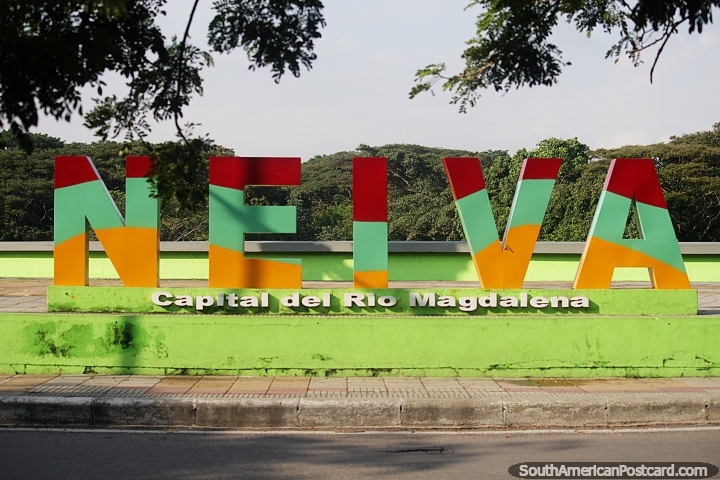