Almost glowing transparent, this red flower in the sunlight in San Gil.

Beautiful and spectacular, this exotic orange plant growing in the forest in San Gil.

Bird with various shades of blue and green feathers near the river in San Gil.

Twin balconies and doors below a tiled roof, a nice building at the plaza in San Gil.
Map location: San Gil, Colombia

After spending the night in Bucaramanga, it took around 90mins to get to San Gil in a shared van the next morning. It's a nice trip down with scenery of the great river Rio Chicamocha on the righthand side. 20mins north of Aratoca is park Parque Nacional del Chicamocha where cable cars take you up into the hills for fantastic views. For an idea of other activities in the area have a look at AventuraTotal for paragliding, horsetreks, hiking, absailing, rafting and caving.

Glad to Be Here

I was glad to be in San Gil at last. I say 'at last' because my simple 9hr bus from Santa Marta to Bucaramanga ended up being 26hrs after we were stopped at a road block 3hrs south of Santa Marta for 11hrs and had to in the end take an alternative partly unsealed road that took much longer, it was dreadful. Like I said I was glad to be here just to chill-out for a couple of nights and see the town and area while on my way to Bogota.

It's a nice place, it's attractive with its cobblestones and steep roads and the red tiled roofs really stand out. One thing I also like a lot is the climate. Being at 1166m.a.s.l. it is warm / hot in the day and cool at night. From the top of the street where my hostel was the views extended to the green valleys and hills in the distance. A mixture of pigeons and black vultures hung out on the roofs in the morning sun while a man walked 5 large dogs along the cobblestone street.

The Park is Nice

I made my way down the road past some interesting building facades to the city park Parque La Lidertad. Across the road I had a cooked breakfast for $2.50USD. It's a beautiful park with huge trees and many bench seats, nearly enough for the whole town. Late afternoon is the busiest time here, lots of activity and people enjoying the end of the day. A big monument of 3 figures on a great chunk of rock stands in the middle and nearby is a white bust of Carlos Martinez Silva (1847-1903) - a politician, writer and diplomat born in San Gil. On the upperside of the park is the cathedral Parroquia Santa Cruz which was built between 1769 and 1791, it's impressive inside and out. Other churches around town include the stone churches Capilla de San Vicente de Paul and Iglesia San Francisco on a street corner with its big wooden arched doorway.

Checking out the markets of Mercado Cubierto - a very lively area with lots of activity. Go inside to the hallway full of juice stands serving tropical ice-cream with fruit and cream in tall glasses!

You will no doubt see in a shop or be offered by street vendors all around the area little bags or containers of large black edible ants, they seem to be very popular in this part of the country. I tasted one but didn't quite understand what all the fuss was about, must be an acquired taste!

Over the Bridge and River

I headed across the bridge over the river to the park area where you can buy cool flavoured ice cups to drink, there's a monument to Simon Bolivar and a giant ant monument also. Up on the hill is a large white cross, this is the mirador lookout point - head up at days end when the sun is in the best position for views and photos. There is a lot more to see in San Gil and I look forward to visiting again!

What I really wanted to do was visit nearby Barichara, a very special colonial town. I walked to the bus terminal not far from the river, buses leave every hour. I came back to San Gil after spending the afternoon in Barichara and spent the night, then left early the next morning on a 6hr bus to Bogota.

Distances from San Gil to other cities: 95kms to Bucaramanga, 37kms to Charala, 22kms to Socorro, 330kms to Bogota.


View all photos in the San Gil Photoset

Hotel Alcantuz, San Gil, Colombia (April 2021 - 3 nights) - Hotel Alcantuz in San Gil at around $15USD for 1 person is a good deal and very comfortable for the budget traveler. A room with a nice hard bed, private bathroom, tv and wifi. Located around the center of the city a couple of streets down from the plaza and near the river where many other hotels in San Gil are also located. The staff are very friendly and helpful. Recommended.

Hostal El Papillon, San Gil, Colombia (July 2013 - 2 nights) - Spent 2 great nights at this hostel in a private room, shared bathroom situation. The kitchen is big and has everything for cooking. The back garden is nice and has hammocks to relax in. The owners are very nice and helpful. Recommended.
Colombia Travel Blog | Photos of Colombia | Festivals in Colombia | South America Videos 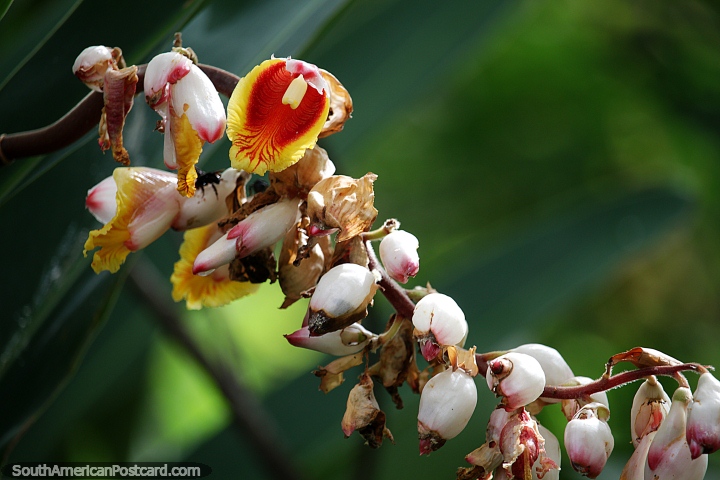