Valledupar, Colombia - Home Of The Vallenato Music Festival In April 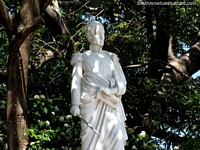 A white statue of Simon Bolivar standing with a sword and a scroll in Valledupar. 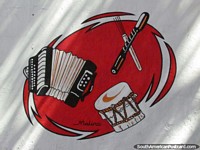 Logo for the Vallenato music festival held each April in Valledupar. 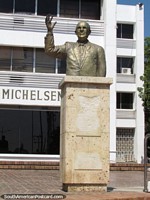 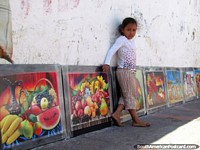 Valledupar is situated in the north-east of Colombia only about 25kms west of the Venezuelan border, it's a lively and colorful city and also is the home of the Vallenato Festival of music! If you visit Valledupar from Santa Marta it is around 4hrs by bus. From Valledupar to Maicao to cross into Venezuela is around 3hrs.

It's a hot city which makes the Guatapuri River a popular destination for the locals to go to cool off during the day. The river has a gold monument honoring the Vallenata Siren legend (mermaid).

During my 6 day stay in Valledupar the city was gearing up for a big concert by Vallenato King Silvestre Dangond for Saturday night. There were t-shirts of the man for sale all around the city on every street corner.

I found Plaza Alfonso Lopez and the surrounding streets to be the most attractive part of the inner city with quite a few historic sights and some Spanish colonial architecture to see. The plaza is highlighted by the tall 'marching revolution' monument and the huge mural to mark the location of the original temple of the Upares indigenous people which burnt down in 1530. Beside the mural is the local Government building and at the time had a large banner hanging down in remembrance of local singer Anibal Martinez Zuleta. In another corner of Plaza Lopez is the church - Iglesia de Nuestra Senora de la Inmaculada Concepcion built in 1782. On the opposite side from the church is the courthouse. Around the plaza between these important buildings are many houses where famous or well-known people have lived including a presidents mother and grandmother. I walked around some other streets around the plaza and found the 2nd version of church Convento de Santo Domingo, the first was destroyed in the 1600's.

While I walked around I saw a lot of colorful artwork and paintings for sale in the streets. Then I visited the arts and crafts market - Centro Artesanal Calle Grande where there are lots of locally made products, many with a musical theme. Also there were hats, clothing, bags, hammocks, musical instruments and some beautiful large colorful paintings.

Out on the street I had some icey fruit juice to cool down - watermelon, coconut, pineapple... I walked past college Colegio Loperena (a national monument) which is quite posh, then headed in the direction of the government buildings where a statue of Simon Bolivar and busts of Luis Carlos Galan, Alfonso Lopez Michelsen and Pedro Castro Monsalvo stand. A large and beautiful mural in the entrance of the building caught my eye and as I went to have a look I must have caught the eye of a local clown who came over and helped animate my photos of the mural, that was great fun!

In April each year Valledupar hosts the Vallenato Legend Festival, one of the most important musical festivals in Colombia! That's the best time to visit Valledupar!


View all photos in the Valledupar Photoset 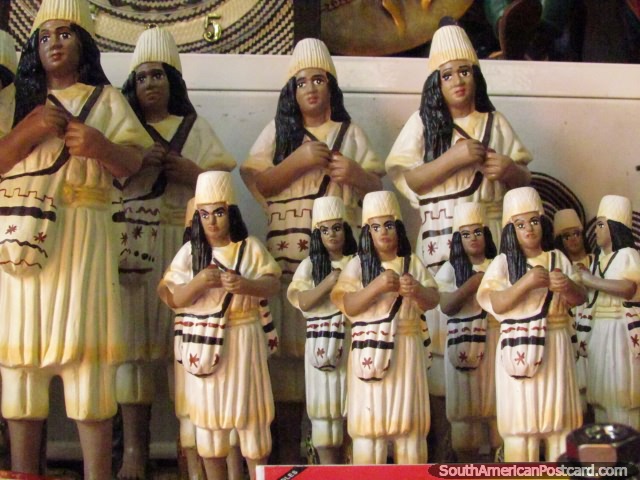