Santa Marta to Maicao, Colombia - Heading To The Venezuelan Border At Paraguachon

The bus journey from Santa Marta to Maicao or in the opposite direction and continuing on to the border town of Paraguachon in Venezuela can take anywhere between 3hrs 30mins to 5hrs. It depends how many times you are stopped at police checkpoints along the way. I have travelled this leg in both directions 3 times. It was especially slow during mid / late 2014 because of the problems with contraband smuggling between Venezuela and Colombia. It takes between 3-4hrs from Paraguachon to get to Maracaibo. There are also several checkpoints along this leg. From Santa Marta it is 166kms to Riohacha, a further 77kms to Maicao and a further 11kms to Paraguachon. 254kms in total between Santa Marta and the border of Venezuela.

The Border Crossing at Paraguachon 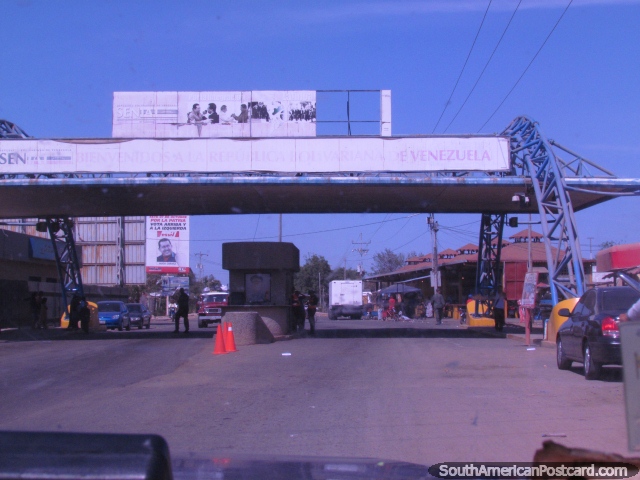 The best bus companies to take for the leg between Santa Marta and Maicao are Expreso Brasilia and Copatran. You will get a good seat on a clean bus with air conditioning.

Unfortunately I travelled with Exalpa SA Fenix bus company from Maicao to Santa Marta. It was 5hrs of hell on a bus that stunk of urine and had no air conditioning. Everyone on the bus was soaking wet from sweat, it was horrible. I opened the air vent on the roof 3 times but they came and closed it. This service cost $20,000 Colombia pesos ($11-12USD), only a dollar less than the best bus companies. Many people were complaining to the drivers but they didn't care and had no respect. You don't want to travel with these clowns. Look at the photo below that I took after I left the bus. A pair of amateur bus drivers proud of their bad service and posing for my camera. It was a totally unacceptable service on a coast where the temperature is between 35 and 40 degrees. Don't ever travel with Exalpa SA Fenix buses, that's my advice! 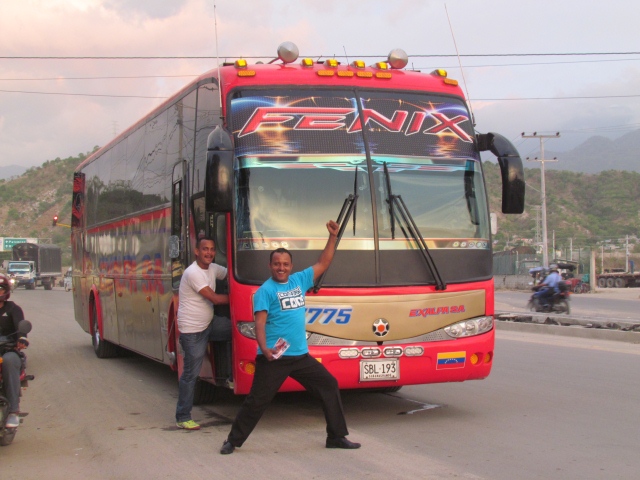 After leaving Santa Marta and heading east you will pass Tayrona National Park, a small town called Palomino and before stopping in or passing through Riohacha, there is turn-off to Camarones. This is a place with flamingos that I visited on a daytrip from Santa Marta in March 2013. 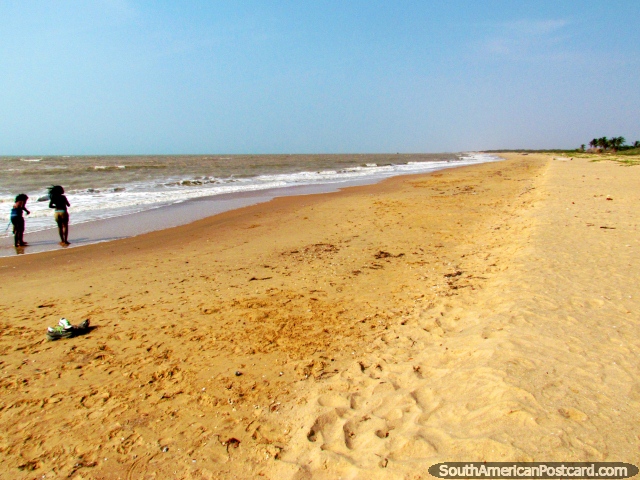