Of the 3 border crossings I have done between Peru and Ecuador, La Balsa is the most remote and isolated, but it's scenic, adventurous and fun. I came from Zumba after being in Vilcabamba in Ecuador and travelled 1hr down to Pucapamba at the border, then did passport formalities and walked over the bridge across the Rio Blanco to La Balsa. After finding the policeman in La Balsa for a passport stamp, I took a shared taxi to San Ignacio which took 1hr 20mins. It's an unsealed road but it's not rubble and there is lovely scenery along the way. I really knew I was in Peru again when I saw a motortaxi on the side of the road. We passed through a couple of small villages along the way called Namballe and Linderos before arriving in San Ignacio, a typical Peruvian crazy-town.

The intension was to stay a night, have a quick look around and head south to Chachapoyas the next day. San Ignacio is a place buzzing with motortaxis and street activity. You might see a man with his monkey on a street corner performing tricks. I visited the park, saw a few monuments and bought some supplies from the local market. The plaza has a monument of an indigenous man holding up a dove sitting beside a polar bear. A traffic round-about has a monument of an indigenous woman with a basket standing upon a globe. Nearby is the local sports stadium with a monument of 2 soccer players outside. The stadium is not far from the bus companies that leave San Ignacio to various destinations. Here is the official government website of San Ignacio, in Spanish.

It was a full days travel from here to Chachapoyas for me the next day. The story of the journey from San Ignacio to Chachapoyas.


View all photos in the La Balsa to San Ignacio Photoset 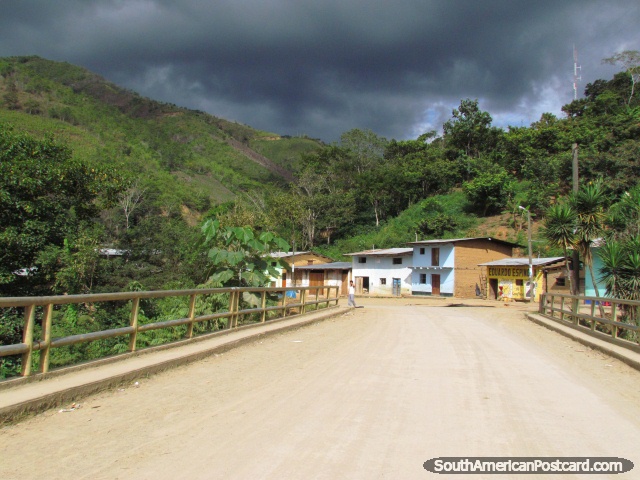