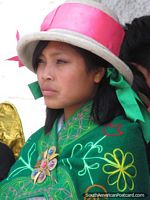 Cathedral in Huaraz, built in 1899 at the central plaza.
Map location: Huaraz, Peru

Trekking, trekking, trekking, this is the principal reason to visit Huaraz, the Callejon de Huaylas has the highest snow-capped mountain peaks in Peru. The city of Huaraz itself is at an altitude of 3100m, the peaks of the Callejon de Huaylas are over 6000m above sea level. You need to take it slowly over a period of days to get used to these altitudes, do not arrive in Huaraz from sea level and go hiking the next day!

Huaraz has many tour companies along the main street, treks can be organised to peaks such as Quitaraju (6036m), Chacraraju W (6112m) and Artescuraju (6025m). Some tour companies run tours that last several days and cost several hundred US dollars, you camp out in the wilderness in tents, these places include Huascaran National Park, Olleros mountain bike trail, Alpamayo peak, Huatzan peak, Huayhuash mountain range, Churup Lake and the Cedros Alpamayo circuit. I didn't do a trek in Huaraz this time. I will in the future though, yeah right...

How to Get Here

From Lima, Huaraz is around 8hrs by bus. I came here from Yungay, an hour north.

This time I made my own city tour and was lucky to see a street festival with dancers in costume. Huaraz is not exactly what I would call a beautiful city, a shame considering its surroundings. On a walk around the city I first came across a monument to Pedro Pablo Atusparia, he was a peasant leader who led the revolution of the natives of Huaraz in 1885. The Plaza de Armas is not terribly mind-blowing, there's a gold monument and a church. Later in the day I explored the city some more. I found Plaza Belen which is I think nicer than the Plaza de Armas with more trees and gardens. A fountain and a little yellow church beside it. Nearby I found another park with a red church that I had seen from the lookout tower the day before, a bunch of monuments around here include the Minister of Marine - Guillermo Tirado, Military Leader - Jose de la Mar (1778-1830) and in Parque Bombero one of a fireman with a child in recognition to the volunteer firemen of Huaraz.

Down beside the river, there's a nice little park with many white statues and a fountain. On the other side of the river is a lot of slum housing, the people throw their rubbish into the river, this is not very intelligent - the water should be clean, it's not attractive to tourists. At the top of this park and walkway is the mirador lookout tower where you can climb the stairway to the top for fantastic views of the rubbish in the river below and peoples washing hanging out at the slum houses over the other side, you can see a few snow-capped mountains also of course. I found the side streets around the markets far more interesting.

On the next day beside the plaza there was a mini-festival with many performers in colorful traditional clothing dancing and putting on a show. I am not sure what the occasion was but it was very entertaining.

Distances from Huaraz to other cities / places in Peru, Recuay 25kms, Carhuaz 35kms, Yungay 58kms, Caraz 69kms, Huari 150kms, Chimbote 210kms, Casma 160kms, Huarmey 297kms, Lake Paron 98kms (4200m), Pastoruri Glacier 70kms (5000m), Chavin 109kms, Lima 400kms, Trujillo 315kms, Chiclayo 546kms, Piura 767kms, Ica 710kms. After a couple of nights in Huaraz I made my only deviation to the coast on my journey from north to south Peru in the highlands. I travelled 7hrs to Santa Rosa which is 1hr north of Lima and spent the night, next day I travelled down to Lima and onto Huancayo which took 8hrs.


View all photos in the Huaraz Photoset

Hospedaje El Chinito, Huaraz, Peru (August 2011 - 2 nights) - Quite a spacious room with private bathroom and tv. Secure with good locks on the doors. I had a window over the busy sidestreet below which was entertaining. Reasonable price. Located not far from the markets. Recommended.
Peru Travel Blog | Photos of Peru | Festivals in Peru | South America Videos 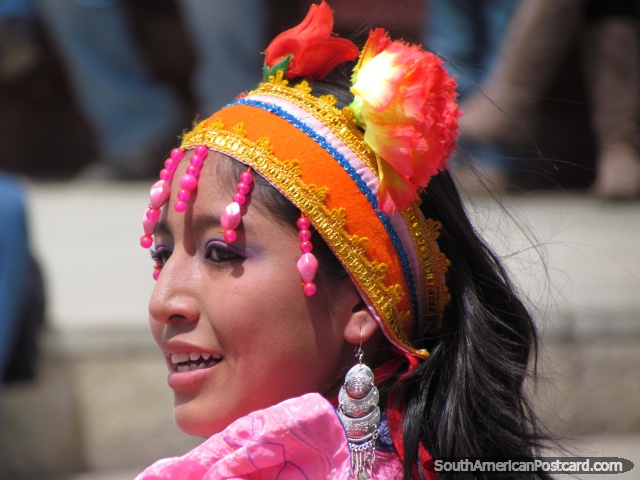