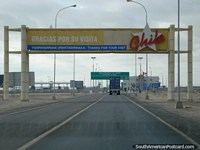 Leaving Chile in the north and heading to Tacna. 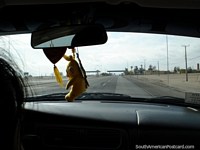 Heading by co-op taxi to the border of Peru from Arica. 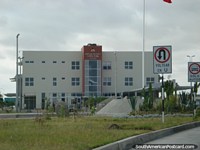 Santa Rosa passport control on the border south of Tacna. 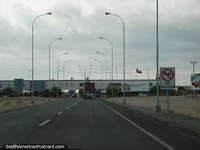 From the bus and taxi terminal in Arica in northern Chile I took a collective taxi across the border to Tacna in southern Peru. It was the end of the day and the Peruvian people who come over the border each day to sell their products in Chile were packing up at the terminal and getting buses back into Peru. The products were mainly clothing and was everywhere being folded up and packed into big plastic sacks.

Going Through the Gates

The collective-taxi had 5 people in it plus the driver and cost about $20 Soles ($7USD). The taxi drove pretty fast to the Chile immigration, waited for us to finish and then onto the Peru immigration and then again a fast drive to Tacna bus terminal. Be careful if the Peruvian taxi driver asks for more money on top of what you already paid to the agent in Arica, don't pay any more!

The 2nd time I did this border crossing was the same easy process in a co-op taxi from Arica to the border control, then back into the taxi and on to Tacna. The drive north from Arica takes you past some beaches on the left through some residential areas with sand and rock hills in the background. At this point a road sign indicates that Tacna is 56kms away and Ilo 209kms to the north and to the east is Putre 127kms, Tambo Quemado 193kms, La Paz 500kms and Santa Cruz 1150kms. The desert road continues until you reach the border and pass through the gates. From Arica to the border takes only 15 minutes in the co-op taxi to get to the passport control called Santa Rosa. The time taken for the 3 others in my taxi and myself to pass through border control was also only 15 minutes. Then we continued as we passed under a sign welcoming us to Peru and out onto the desert road where a sign says that Tacna is 25kms away with Arequipa 352kms, Ica / Huacachina 1016kms and Lima 1319kms. We pass many shack houses in the desert and a small church before arriving in Tacna several minutes later. On my first visit to Tacna a year before I stayed the night, but this time I continued on another bus north for about 150kms to Moquegua.


View all photos in the Chile Border to Tacna Photoset 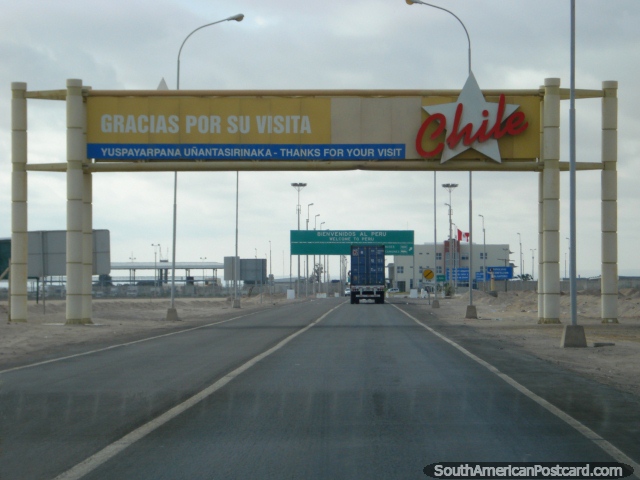