Vilcabamba, Ecuador - Valley Of Longevity Live To Be 100 Years Old 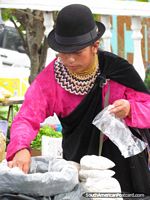 Indigenous woman in pink with black hat at Vilcabamba markets. 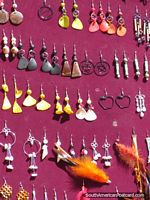 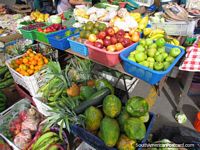 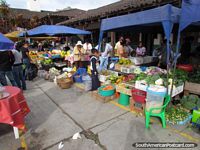 Vilcabamba is the valley of longevity where the locals live to be over 100 years old and it's true, I saw many people who were at least in their 90's. There's no stress in Vilcabamba, just relax, take it easy and have a pleasant time walking, hiking, biking, horseriding and birdwatching, try traditional archery and dream of retiring here one day. There are many hostels in town as well as luxurious hotels and resorts.

I arrived here fom Loja, an hour north. I was lucky to be here during the big festival at the end of July 2011 called Fiestas Patronales en honor al Sagrado Corazon de Jesus. It was awesome, the whole town was alive with activity and the happy and friendly locals were having a wonderful time.

Tours and Things To Do

There is a lot to do and see in Vilcabamba including tours of Podocarpus National Park, 1-3 day horse tours, waterfalls, lagoons, the hanging bridge, archeology of Taranza and Pajablanca, trekking in the cloud forest, Mandango Peak (2040m) and the Estoraques pinnacles which are enchanting rock forms created by the wind and rain.

On the 2nd and 4th Sunday of each month the central park in Vilcabamba becomes the Pacha Fair, a place of creation with the promotion of local and international handcrafted products. They also have entertainment and environmental education.

My girlfriend and I hired some bikes for a few hours and rode around the circuit on the map they gave us. It was a hell of a lot of fun, we crossed the Rio Vilcabamba (river) on the Yamburara loop and cruised around the country roads until we arrived back in Vilcabamba. Then, as the map suggested we took a taxi with the bikes in the back 6kms up hill to La Monuma for $3USD and then had an amazing ride downhill all the way with breeze and with the most beautiful scenery of mountain peaks and the whole valley, that was the bomb! We did all that in 2hrs for $8USD and there are more cycle loops to places like San Pedro also.

During the festival in the evenings there were local concerts where performers of all ages sang and danced and the crazy fireworks man would basically set his firework-suit ablaze and walk through the crowd with everyone running for cover, that guy was mad. During the days, every few hours men would let off skyrockets that would let the town-folk know something was about to happen and to come to the central park and then the band would start playing.

Vilcabambas Sunday market is worth a look, all the indigenous people in the area come to sell their produce and to socialize. I bought some extremely cheap fruit and lots of it, I shared it around. The market is beside the bus terminal.

After market the grand procession began with the band and all the people surrounding a religious Jesus symbol walking through the streets to the church where they had a sevice. Afterwards began some fun outside the church beside the park with games on horses where they would try to hit things tied up to a rope.

There was a special soccer game between Vilcabamba and Zamora going to begin and Rodeo Criollo in the afternoon. The rodeo was great and attracted a lot of people as did the soccer. The grand finale of the 4 day festival would be the Sunday night firework display which was a fantastic way to finish off my 5 night stay in Vilcabamba. I know I will return again, it really is a lovely place.

The town has a great climate, not too hot or cold, great for sitting in one of the cafes around the central park and have a refreshing beer or fruit juice. There are a couple of small grocery shops near there too and some fruit and vegetable shops on the main road.

Make sure while you are in town to drink some local water, you never know, you might live to be 100 years old or more!

From Vilcabamba buses leave regularly to Loja, Quinara and to Zumba. Zumba is near the Peruvian border and this is where I headed to next.


View all photos in the Vilcabamba Photoset 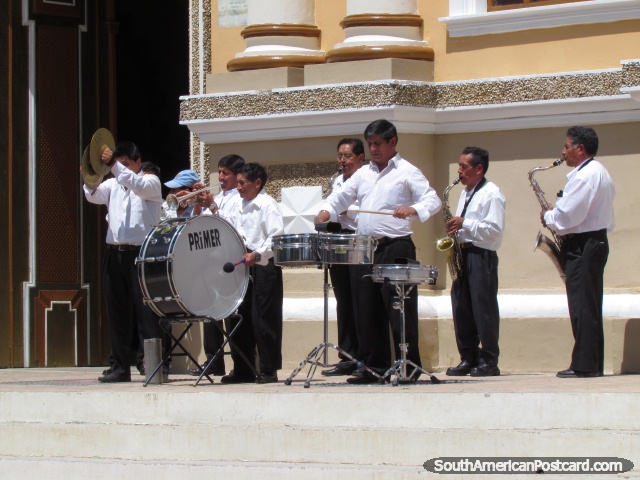