Cajamarca, Peru - Cumbemayo Is A Must See! 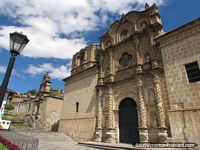 Thatched from the reeds of the lagoon, boats take people around San Nicolas Lagoon in Namora. 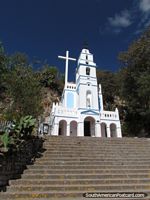 Cajamarca is a place full of history, it's a beautiful city in the northern Andes, a city full of indigenous locals wearing white hats, the place where the Inca Empire came to its demise. The city has plenty of old churches, monuments and statues, plazas, parks and markets. There are many hotels of all descriptions in the center of town as well as tour operators around the central plaza. Cajamarca is at an altitude of around 2700m, so it cools off a little at night, but can get quite hot during the day. The city is renowned for producing fine cheeses and dairy foods. I stayed in Cajamarca for 3 nights and did my own city tour as well as visit the hotsprings of Banos del Inca. I also went on an organised tour to the amazing Cumbemayo. I stayed just 2 blocks back from the central plaza on a street with many restaurants and cheese shops.

The Plaza de Armas is really awesome, one of the more attractive that I have seen, it reminded me a lot of Cusco. On one side is the Cathedral, opposite is the church Iglesia San Francisco (1699). There are beautiful flower gardens, lawn areas, tall thin trees and a fountain. In the distance overlooking the plaza is the hill Cerro Santa Apolonia with the white and blue church dedicated to Santisima Virgen de Fatima and a big white cross near the top.

I climbed the stairs to reach the top of Cerro Santa Apolonia, there are many stone carvings on the way up as well as gardens, cobblestone areas and colored houses. At the top is the lookout called Mirador Natural Santa Apolonia, the views are great, you can map out the city and see where all the churches are. Cajamarca is surrounded by hills. At the very top of this hill is a special area with gardens and pathways, there is a tunnel and La Silla del Inca (The Seat of the Inca), there are little round rock houses, staircases and a fountain, it's really nice.

Back down in the city is Plazuela Belen and its impressive stone church and Plazuela de las Monjas and its church of white and blue. I arrived now at a park, the central monument is of a woman sitting down holding a book, she is Amalia Puga de Losada (1866-1963), a writer born in Cajamarca. Across the road is the carved in stone Recoleta Church. Nearby is a monument called Abajo la Tirania of 3 men, one is on a horse. They are Juan Antonio Egusquiza Aristizabal, Don Toribio Casanova Lopez and Pedro Jose Villanueva Espinoza. It is in recognition of the men and women who led the revolutionary uprising of January 3 1854 against the dictatorship and created the department of Cajamarca. Down the road a little is a monument of 3 men holding their fists up in the air, it is in remembrance of those who died in the War of San Pablo (1882). Along the walkway and park in the middle of 2 roads towards the markets is a monument to Peruvian military hero Francisco Bolognesi Cervantes (1816-1880) and a plaza named after him. That evening I took my camera out to the Plaza de Armas to photograph the Cathedral and church with their lights on.

On the new day we met at the tour office beside the plaza to travel 20kms up to an altitude of 3500m to visit Cumbemayo. It's a fantastic stone forest with shrines, aqueducts, ceremonial altars and rock shelters, the cost was 20 Soles ($7USD). Some researchers say the water aqueducts at Cumbemayo were built 1000 years before Christ. After arriving in a small van with about 8 people we firstly came to a rock formation in the shape of a nose with an eye, we then climbed through a narrow tunnel and out the other side where we were greeted by peasant girls with hats and colorful clothing who had little white lambs. They were quite camera-shy unless you gave them a tip! Walking around Cumbemayo was magnificent, like Stonehenge only on steroids. We came to a rock formed in the shape of a seahorse, pine tree rock gardens all around. Beautiful shapes created by families of rocks, a true wonder of nature, so much better than any site of ruins in my opinion. We now saw 2 very tall rock wonders, one in the shape of a person with a head, arms and legs, looked a little like a robot. 3 peasant girls now came running down from the hills to sing us a song, they did this while each knitted something with wool. We walked in the valley basin along the waterways with walls of rock and big boulders all around us, ancient scriptures were carved into the stone. I really enjoyed it at Cumbemayo, it's one of Peru's highlights for me. We spent 2hrs here altogether. On the way back to town we stopped for views down upon Cerro Santa Apolonia and the city with countryside and mountains surrounding.

That evening I went to the hotsprings Banos del Inca, it's 6kms from the center, take a local bus. It has an archaeological zone where the waters were used for healing and worship. Atahualpa, the Inca leader used to live here where he had an orchard and a pool built from cut stone. The pool is still here and you can see it. I spent time in a private large indoor bath which was fantastic, it cools down a lot in Cajamarca after daylight. You can get a sauna and a massage at Banos del Inca also, it's clean and not too expensive.

Other interesting places around Cajamarca to visit include Otuzco (8kms), La Collpa (11kms), Porcon, Namora and Kuntur Wasi. There are a few museums including the Museo de Etnografia (Cajamarca culture) and the Museo Arqueologico (artifacts). Cajamarca is the home of the 2nd largest gold mine in the world - the Yanacocha gold mine.

From Cajamarca I travelled 3hrs 30mins south-east to Cajabamba (125kms).


View all photos in the Cajamarca Photoset

Hostal Caxamarca, Cajamarca, Peru (August 2021 - 4 nights) - At $90 soles per night for 1 person Hostal Caxamarca is another of many overpriced hotels/hostals in central Cajamarca. An old room and bathroom, not flash and wasn't cleaned at all in the 4 nights I was here. Hot water not really, actually luke warm if that. Your best bet in Cajamarca is to book a hotel with balcony around the plaza in advance or you won't get a room with balcony, only an internal one. That's my best advice for a stay in Cajamarca.

Hospedaje Inkamerica, Cajamarca, Peru (August 2011 - 2 nights) - Located just a couple or so blocks from the plaza, this place is very nice. I had a nice little room with tv and private bathroom. The lady in charge was friendly and helpful. Recommended.

Hotel Prado, Cajamarca, Peru (August 2011 - 1 night) - This place was horrible. I arrived and they had to clean the room first. In the morning there was no hot water in the shared bathrooms. I asked for some of my money back which they obliged and I left and found somewhere better to stay.
Peru Travel Blog | Photos of Peru | Festivals in Peru | South America Videos 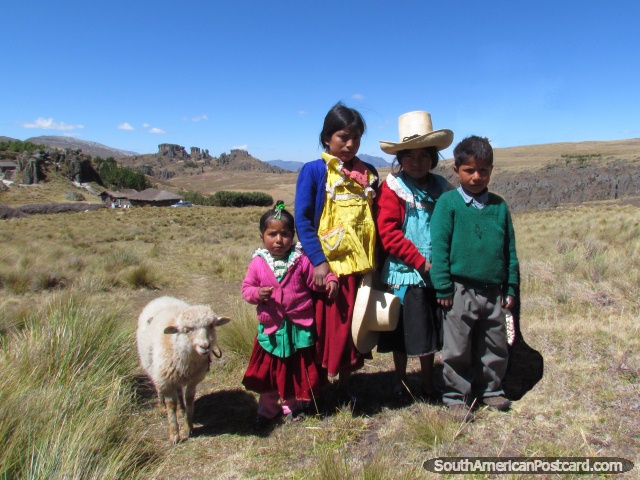