Pisco fishing boats docked in the bay in Paracas.

Outlook to the ocean in Paracas with fishing boats moored. 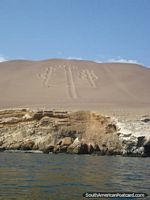 I arrived in Pisco at about 5am from Lima which was a 3hr journey south. From the bus I was hussled by mototaxis for a ride into the center of Pisco. The buses drop passengers on the Pan-American highway because the road into Pisco is currently (2009) inaccessible to buses because of the earthquake in 2007. Much of Pisco was damaged, Paracas was damaged by the tsunami and 1000 people died. There is much rebuilding continuing in Pisco now. The ride along the road in the mototaxi was very bumpy indeed, weaving in and out of huge mounds of dirt.

Pisco is a busy little town with the central plaza buzzing with the sound of mototaxis circling around it. There a several hostels and budget hotels in the streets off of the plaza and a few tour operators nearby too. The surrounding streets are fun to walk through with food, icecream and street made food such as hot sugary peanuts and chicken rolls for sale as well as hot drinks available at night or squeezed orange juice in the daytime. I enjoyed sitting down with the locals for the morning street cookups of soup for 2 Soles! There are also restaurants selling Peruvian meals such as my favorite called Churrasco which consists of meat with 2 fried eggs on top plus rice, fries and salad.

Boat Tour to the Islands

I booked a tour for the next day at a nearby tour operator for about 70 Soles and stocked up on some snacks for the day. A minivan picked me up early in the morning with others in the group and we headed for about 20 minutes to the coast to the fishing village and boats. There were many pelicans on the beach as well as a few dolphins in the water. A Peruvian man was feeding the pelicans and making them jump for a few photos and cash reward from the tourists. We left in the high powered boat after putting on life jackets and sped out to the Islas Ballestas. We saw the Paracas Candelabra (The Candelabrum) from the boat, it is 150 metres tall, 40 metres wide and 1 foot deep. We approached the huge rock formations that are the Isla Ballestas and it was amazing to start seeing thousands and thousands of birds on top of the island including Incan Terns, Pelicans, Belcher's Gulls and Blue Footed Boobys. There were also penguins and seals and beautiful rock archways with sunfish attached at the waterline. We saw an amazing beach with 100's and 100's of seals covering the surface of red rock and sand. The island has a very strong smell because of the amount of birds there and are covered in a white color. It was a fantastic experience to observe these animals migration habitat and refuge.

After the Isla Ballestas we headed back to the mainland to get transported to the Reserva Nacional de Paracas by minivan. After coming through the entrance we came into a big desert with a paved road going through. There was a lot of sand, shells, red stones and fossils that we found as we walked in the open space. There is a lot of Nazca lines but looked more like scribble on the rock faces in the distance. We continued in the minivan and came to Zarcillo Vista Panoramica La Catedral (the lookout area) for amazing panoramic views of the coast from the top of a great cliff. In the distance we could see the fishing village where the tsunami came in washing boats back for 100's of meters and killing I believe 3 people. We walked by a beautiful red stoned beach and cooled our feet from the hot sand, there were big cliffs in the background and it is a great sight to see. It came to lunchtime. We went to a really nice area where there were a few restaurants, a nice place to swim and a hill to climb to see the views. There are many pelicans and birds in the area close by and boats in the water in the bay. There are a lot of fish meals on the menu I recall. After about 90 minutes in this area, it was time to go to the Museo de Sitio 'Julio C Tello' Paracas, the museum. It is a very interesting museum. We learnt about how important Paracas is to the migratory birds as well as the whales and marine turtles and how special this ecosystem is for the wildlife that live here permanantly and for those that visit from year to year. Next day from here I went south to Ica/Huacachina.


View all photos in the Islas Ballestas, Paracas & Pisco Photoset

Hotel Fiorella, Paracas, Peru (September 2021 - 2 nights) - Hotel Fiorella is located on the street back from the beachfront but you can get views of the bay and sea in some rooms. For $90 soles a comfortable room and bed with private bathroom but the water wasn't very hot. The rooms are not so noise-proof either and you can hear the people in the next room talking and doing other things. Actually I had to change rooms because of this. Look around Paracas, there are many options.

Hostal El Cesar, Pisco, Peru (Apr 2009 - 2 nights) - A comfortable room with a bathroom at a good price, not far from the plaza. A cheaper option than some of the other hostels in the area that charge around 45 Soles per night.

Hostal Tambo Colorado, Pisco, Peru (May 2009 - 1 night) - I had a great room, it's close to the plaza, has a computer and nice staff, mid-priced. It cost 45 soles for my room but there are cheaper options very nearby for around 30 soles.
Peru Travel Blog | Photos of Peru | Festivals in Peru | South America Videos 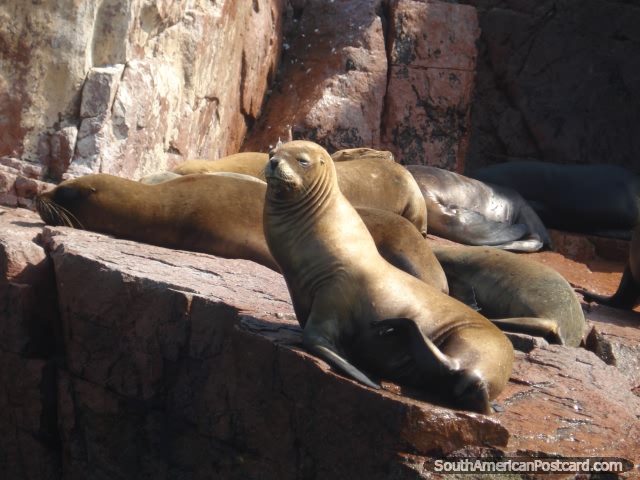