Pucallpa, Peru - Birds & Wildlife At Lake Yarinacocha In The Amazon

Leaving a secluded inlet and back out to the lake, Lake Yarinacocha, Pucallpa.

Native woman steers her canoe along the lake at Lake Yarinacocha in Pucallpa.

The golden mermaid looks to the sky, monument near the river in Pucallpa.
Map location: Pucallpa, Peru

In the middle of Peru, deep towards the eastern side in the Amazon on the banks of the Ucayali River sits the city of Pucallpa. A rugged and busy little town full of mototaxis at every turn. I came to Pucallpa from Tingo Maria, a 4-5hr journey through the jungle by shared co-op car. I didn't know much about Pucallpa before I arrived here, only that it was a place you could take a ferry north to Iquitos from. I didn't plan to do that this time because I intended to go to Iquitos by river from Yurimaguas (north of Tarapoto) about a week later. What I did plan to do was to have a good look around the place and get a feel for what the city was about.

My Own Tour to Lake Yarinacocha

Pucallpa is kind-of remote, there were not really many travellers around, 1 or 2 maybe. That's why after enquiring at a couple of tour offices, I decided to do my own tour because they couldn't get enough people together to make a tour that would be economical. From the information I received from them and with a little internet research I soon learned that the main attraction around Pucallpa is Lake Yarinacocha (Lago Yarinacocha) for birdwatching and spotting jungle life! So sometime after 7am I took a mototaxi 15mins from town to Yarinacocha, down to the lakes edge and found a guy to take me out on his boat. We negotiated the price, he asked for $80 Soles, I said 60, we settled on 70 ($70 Soles = $20USD), for 2hrs. Done deal and off we went by 8am! I wanted to see birds mainly and of course anything else that was there. I saw a good variety of birds including white storks, eagles, a woodpecker and many others that I don't know the names of (see photos). Apart from the birds I also saw a pair of dolphins, a sloth in a tree, a large iguana on the sand, a sleeping owl and some monkeys. The man also took me to an animal rescue center on the lakes edge called La Jungla where they have many animals - crocodiles, tapir, monkeys, birds, an anaconda etc. I didn't really like this place, animals in small cages etc. The lake is far better and I enjoyed the birds and animals in the wild.

The Ucayali River is the Heart of Pucallpa

I wanted to see where the center of the city really was. Usually the center of town is based around the Plaza de Armas and cathedral area, but in Pucallpa the real center is down by the Ucayali River! On the river and its banks is where all the action in Pucallpa happens, beside the plaza with the clock tower - Plaza del Reloj! There is a lot to see and enjoy here, to watch how the river is used for transportation, to see boats large and small traveling up and down river, tugboats and barges, passenger ferries and fishing vessels. There are more bananas arriving on Pucallpa's river banks than you could ever imagine (see photos). Along the river banks are street markets and stalls, soup and rice kitchens, fresh fish for sale, just look for the sea of colored umbrellas!

Between Plaza del Reloj and the Plaza de Armas is a peatonal walkway through a shopping area, a few restaurants, a bank and ATM etc. The cathedral and a few stone monuments are located at the Plaza de Armas. There's really not much else to see in the central city apart from these things.

What did I eat while in Pucallpa? Chinese food, street kitchen, fried chicken and chips, chicken bread rolls that they sell on the street ($1 Sol each = 30 cents), set lunch menu of soup, a main course plus a drink for $6 Soles ($1.70USD).

On the very last day of my stay in Pucallpa I went and had a look at a very old tree they call La Lupuna which wasn't terribly exciting at all, don't bother. Then I went to Parque Natural - the natural park with animals, flora and fauna. Again I didn't really like seeing animals in small cages and the park was kind of shabby, there was a few flowers and bits and pieces to see but to be honest not worth the effort.

So Pucallpa, go to the lake and look for bird and wildlife, check out the action down at the river in town, meet an indigenous community and walk in the jungle via a tour, stay in a jungle ecolodge or take a ferry to Iquitos. Pucallpa is your much cheaper alternative to Iquitos (Iquitos is expensive).

Traveling the Amazon by Road

From Pucallpa I headed again by road back to Tingo Maria from where I travelled the notorious road up to Tarapoto, bandit country.


View all photos in the Pucallpa Photoset 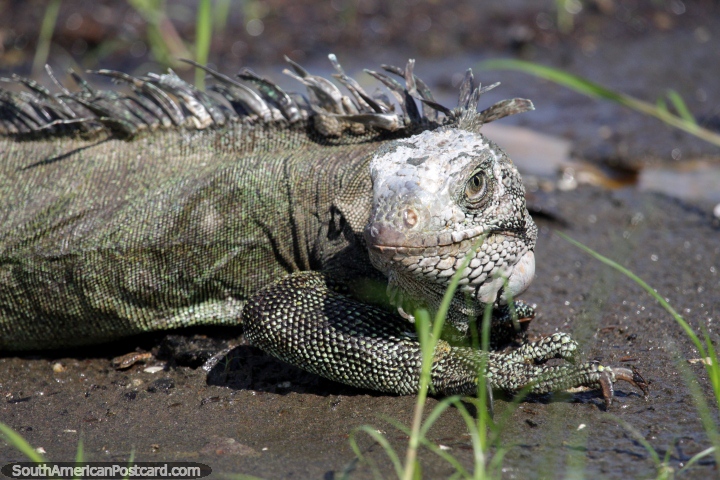