Iquitos, Peru - Welcome To The Jungle and Rainforest

Murals of birds and indigenous women beside the Iquitos plaza.

The early bird catches the worm, as the saying goes, brown bird in Iquitos.

Beautiful grass of the grasslands in the morning sun in Iquitos.

Mural of a face hides behind a tree and red flowers in Iquitos.
Map location: Iquitos, Peru

Arriving in AND leaving Iquitos by plane on the same trip is just plain wrong! You absolutely must arrive here OR leave by RIVER! Otherwise you miss so much! You come to Iquitos for as much of an Amazon experience as you can get, this was my thinking! And the river of course is a major part of a real Amazon and jungle experience.

My Journey to Iquitos

My journey to Iquitos began in the mountains of Peru in the city of Huanuco, some 763kms south / west. I descended into the Amazon Basin by road from Huanuco to Tingo Maria, then to Pucallpa, then back to Tingo Maria to get north to Tarapoto on Peru's most dangerous road. Then north to Yurimaguas where the road ends and the river begins! I did this over 12 days, then made my 4th river journey by ferry in the Amazon Rainforest to Iquitos from Yurimaguas (2 days and 2 nights).

My priority in Iquitos was to see nature, this is the heart of the Amazon and there is much to see! After a couple of days relaxing after the river journey I booked a nights stay in a jungle lodge as part of a tour.

Staying in a Jungle Lodge

With a guide, myself and a couple of other people were taken from the city center to the river and by boat, firstly to a beautiful animal sanctuary on the rivers edge where there was a sloth and very friendly monkeys running freely around. There was no hurry to move on so we spent about 40mins here enjoying it. From this point we continued by river to the jungle lodge which was really quite nice indeed!

The lodge had several groups of people, small and larger, all at different stages of their tours. We all had lunch together in the dining room. Some people were leaving afterwards, some had just arrived and some were halfway through a 3 day stay. Before lunch I had been shown to my own private room which I was very surprised and happy to receive, it had a basic bathroom, 2 beds with mosquito nets and was very comfortable.

Afternoon Walk in the Jungle

The afternoon plan for me would be for my guide and I to go walking along a path through the jungle to see nature and some more animals. Along the way we passed through a community called Santa Maria de Fatima and about 30mins later arrived at another animal sanctuary. This time there were macaws, a tucan, an anaconda, more monkeys and a sloth! This was pretty good but then the rain came down hard, real hard! We waited for a break and made it back to the lodge where later the guests enjoyed the great food that they put out at mealtimes! Relaxing on a hammock in the evening, charging the camera etc and getting an early nights sleep.

In the morning I felt I still hadn't quite seen or experienced what I had come there for. I wanted to look for insects, birds, interesting plants, flowers, ferns and things like that! My guide who called himself Jungle John said we would be going on a walk to a very old tree and that we could go the short way or the long way and afterwards we would go and visit an indigenous family. I thought that sounded fantastic and was keen to walk to the old tree the long way! This was the part I had really been dreaming about, to find and photograph insects and creatures! I was not disappointed! I found miniature frogs, colorful butterflies, grasshoppers of different varieties and colors (green, brown, yellow, orange, black, red), a green ladybug with black spots, a furry spider, colored flies and beetles! I also found some jungle plants, mushrooms and flowers too. You have to look very hard and close to find these creatures in the fauna beside the walking paths but they are there all around you. Jungle John was helpful in spotting them for me at first, but I got the hang of it after a while!

We got to the old tree of over 150yrs, then made our way back towards the lodge and the indigenous family. I presumed it would be something put on for tourists. I don't really get into that so much as I am not new in Peru and am not a tourist! Anyway, I went to see them with my guide, looked at their crafts, they did a dance, they stood there for photos and then I was supposed to give them money but I don't think I gave them what they were hoping for. I had lunch back at the lodge and was then taken by river back to Iquitos!

Nature Walking on the Riverfront

I felt pretty good about what I had seen in the jungle near the lodge but I wanted to do it more. So I made my own nature walk and exploration along the waterfront of Iquitos itself a couple of days later, early in the morning (6am). This time I found and saw more birds including a jumping bird, a black bird with yellow head, an amazing dark blue bird with red / yellow beak plus more insects and plants!

The best part of the city to hangout in is along the waterfront where there are bars and restaurants, hostels and hotels, a couple of museums including the Historic Boat Museum. Plazas, monuments and statues, Portuguese architecture, the Anaconda Arts Center and the church at the main plaza nearby.

Views from the waterfront area down to the river are awesome! I didn't visit Belen markets - I didn't want to see chopped-up turtles and natural medicines made from animals.

Quite Expensive for Peru

I stayed 8 nights in Iquitos including the lodge which was actually more time than I needed to see the place and do my thing but I was near the end of my trip and this was my holiday in a way. Iquitos is quite expensive compared to the rest of Peru and some of the locals milk that for even more. You need to bargain a little harder here, don't pay $2 Soles for a chicken roll on the street, the price is $1 Sol OK!!!

From Iquitos I travelled down river by fastboat (9hrs) to Santa Rosa on the border of Colombia!


View all photos in the Iquitos Photoset

Hostal El Colibri, Iquitos, Peru (October 2016 - 4 nights) - Finally found a place in Iquitos that was not a dive or badly designed. Hostal El Colibri is located right in the center, 2 blocks from the main plaza and cost $55 Soles ($16USD) (down from $60 Soles) per night. It has wifi, tv, tidy rooms with fans, secure reception area and balconies for fresh air. Iquitos is expensive, you won't get much if you skimp on accommodation. This place is a good deal and is recommended!

Hostal Las Brisas del Oriente, Iquitos, Peru (October 2016 - 2 nights) - Don't let the flash exterior and reception area fool you. This place is an absolute dump and needs to be gutted. $30 Soles ($9USD) is cheap for Iquitos but it's nasty what you will get for this money. I tried 2 rooms here, 2nd one was worst than the first with bed bugs and unclean. The wifi didn't work in either of my rooms. Don't stay here if you want to be happy! Not recommended.

Hotel del Peru, Iquitos, Peru (October 2016 - 1 night) - An open plan hotel is a terrible concept, it was like a glorified dormitory. A large corridor with rooms off of it on each side with all rooms open to the corridor at the top for light and sound to enter. There's no peace here and that's a shame because the rooms are reasonably nice and comfortable. I payed $40 Soles ($11USD, down from $50 Soles) but stayed just one night because the noise and light entering my room was not acceptable. Not recommended.
Peru Travel Blog | Photos of Peru | Festivals in Peru | South America Videos 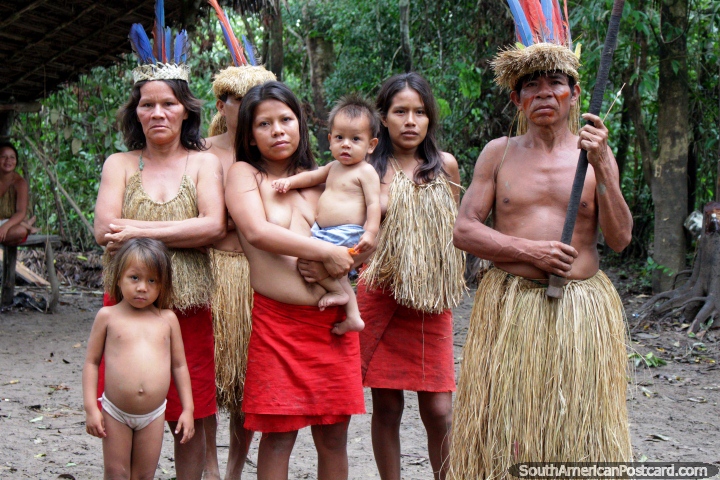