Camana, Peru - A Good Place To Spend A Night To Break The Journey 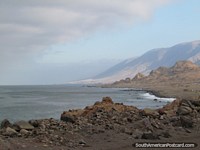 The beautiful coastline between Atico and Nazca, north of Camana. 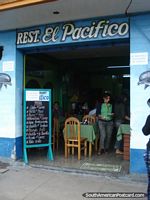 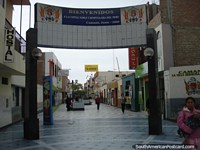 Shops, hostels and restaurants in the center of Camana. 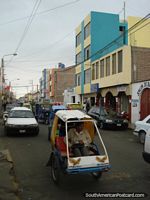 I was glad to arrive in Camana after a not so pleasant bus ride from Tacna, it took about 9hrs and I was in desperate need of some soup. I asked a few restaurants if they served soup and they all kept telling me the same name of a place where I could get some. I found it by the plaza and indulged. I stayed in Camana for 2 nights just to stop and rest for a couple of days before another long haul north. It is a nice place to catch your breath. There were a few interesting characters around, a lot of mototaxis, a nice plaza with trees and gardens. There was even noisy cars with balloons in a convoy driving through the streets to celebrate someones birthday.

Things To Do in Camana

The Pacific coast which is not too far away has several beaches such as Playa La Miel, Playa Quilca and Playa Chira as well as a lagoon called Lagunas De Pucchun. Plus the island called Isla Hornillos and various wildlife such as seals, penguins and pelicans which are common to see on the Pacific coast of South America. Very close to the center of Camana (12kms) is the museum called Museo Jose Maria Quimper which displays objects relating to the Nazca, Paracas, Wari, Chuquibamba, Collagua and Inca cultures. There are also hiking oportunities on Inca trails in the area and the Inca observatory south by the river to view nature and see the ocean.

I Found the Best Soup!

I got the feeling that Camana was a very proud city and found the people to have an easy-going nature about them. I was lucky and happy to find the best soup I have tasted while in South America in Camana at Restaurant El Pacifico. I came here a few times during my stay, it was less than $3 Soles per bowl including a drink!

After 2 nights in Camana I was ready to take a night bus up to Ica. I was just going to pass through Ica, Pisco and Lima (because I had been to these places on the way down earlier) and get up to Trujillo and Huanchaco to see some archaeology, banana boats, surfing and reach a warmer climate.

Get Your Hand Out of My Bag!

From Ica first thing in the morning I got a local bus for about an hour north to Pisco and stayed the night. I don't sleep that well on overnight buses and slightly dozed off on the way to Pisco. I had my small pack in my arms and felt something moving inside it while my eyes were closed. I snapped out of my snoozing and caught the guy in the seat behind me lift his hand out of my pack, his hand is in mid air and he is leaning over to my seat. I said something to him for which he replied 'no, no, no'. I changed seats and he disappeared off the bus at the next stop. He didn't get anything. Next day I bused for about 3 hours up to Lima, walked around for half the day waiting for a night bus leaving at 10pm to Trujillo which took about 8-10 hours and arrived the next morning.


View all photos in the Camana Photoset

Hostal Plaza, Camana, Peru (May 2009 - 2 nights) - Right on the plaza, not too expensive, room was ok and had a bathroom, a nice chinese style restaurant is nextdoor, it was a good base for me to wander around Camana from, it's in the nicer end of town.
Peru Travel Blog | Photos of Peru | Festivals in Peru | South America Videos 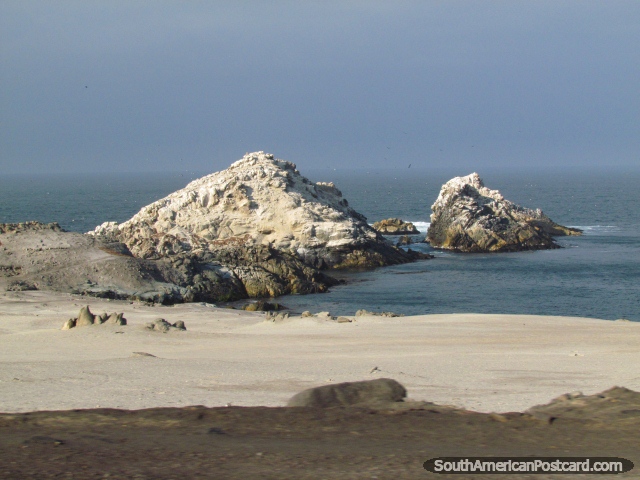