Barquisimeto, Venezuela - A City Tour Of Sights & Points Of Interest 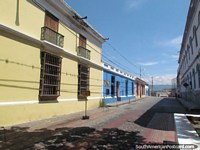 An old historic street leading down to the river in Barquisimeto. 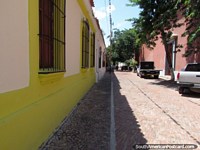 A cobblestone street and historic buildings in Barquisimeto. 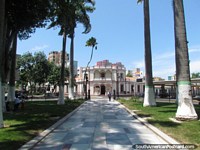 An historical house on the corner of Plaza Bolivar, Barquisimeto. 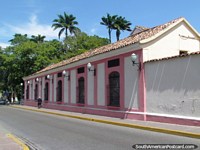 Barquisimeto, a city I had passed through once before after visiting nearby El Tintorero and Quibor. I had lunch outside the bus terminal, gave my stinky socks and shoes to a homeless man and caught a bus to Maracay for another to Ciudad Bolivar through the night. When I came to Barquisimeto the second time I spent the night and explored the city. This time I came from Morrocoy and Moron up on the coast, 2hrs 15mins by bus.

Barquisimeto is not exactly a huge tourist destination, it is actually the 2nd most dangerous city in Venezuela after the capital Caracas (2013). I was not going to venture too far from the center and main market areas this time. I did however find some interesting things like street art on the backstreets around the main plaza and historic area. I walked into the center of town from my hotel passing a few political wall murals and stopping to eat a shawarma along the way.

The first of Barquisimeto's sights to see is the theatre Teatro Juares and just around the corner, the Government Palace. Right next door to the palace is Plaza El Encuentro and on the opposite side of the road is the not so special from the outside Municipal Palace. Outside stands a statue of General Juan Guillermo Iribarren (1797-1827).

Plaza Bolivar and Around

Across the road from the palace is Plaza Bolivar where there is enough tall leafy trees to start a forest! Beside the plaza is the first church constructed in the city. Around the corner is the Barquisimeto Museum and an army base called Cuartel General Jacinto Lara. I found some murals around here following them and ending up at Plaza Wohsiedler near a gothic church. On another side of Plaza Bolivar on the corner is an historical house called Casa Municipal Eustoquio Gomez and on the same street down from here there are others like Casa Blanca and more buildings with tiled roofs and cute windows. From around here a pair of large church domes caught my eye at the end of a lonely street.

I found some cobblestone streets, a church with clock tower and other old but nice buildings around Plaza Lara. On another side of this plaza is a long pink building with lamps on the side and with a tiled roof. I walked towards the markets and enjoyed a little shopping before heading back to the hotel.

As I left Barquisimeto by bus south to Acarigua (1hr 40mins including 45mins getting out of Barquisimeto) we passed the cathedral which has a huge monument beside it of a woman holding her baby - Divina Pastora. She is also depicted in a huge mural we passed as well as in a plaza on the outskirts of town.

Bus Out of Town

One other place you see from the bus arriving in or leaving town is park Parque El Cardenalito which has a bunch of interesting objects and sights to see on the hill beside the road. I wouldn't make a special trip to see Barquisimeto unless it was something to do with music as it is the musical capital of Venezuela. The only music I heard while in town was a beggar jangling his coins on the street though. But it was good to see the city between better places I had been to and was going to (not counting Acarigua).


View all photos in the Barquisimeto Photoset

Hotel Resplendor, Barquisimeto, Venezuela (August 2014 - 1 night) - Nice room of good size with a patio outside. There was wifi and tv. Well-priced and within walking distance to the center and markets. Helpful and friendly staff and has good security. Not far from several food places, 1 or 2 minutes walk. Recommended.
Venezuela Travel Blog | Photos of Venezuela | Festivals in Venezuela | South America Videos 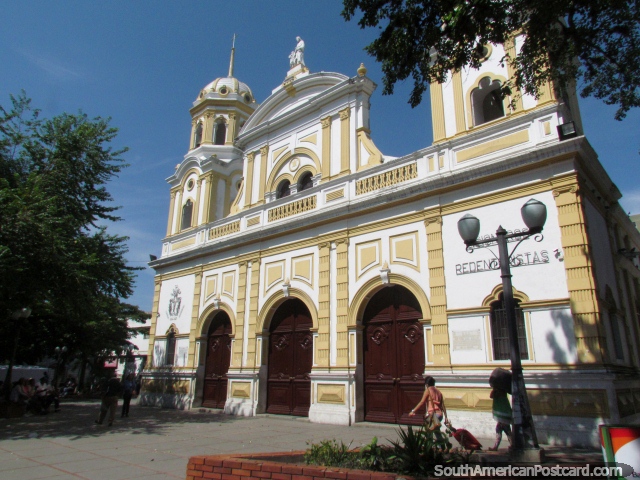