Colonia Tovar, Venezuela - A Taste Of Germany High In The Mountains 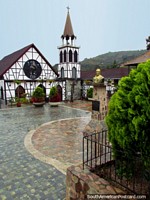 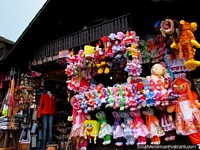 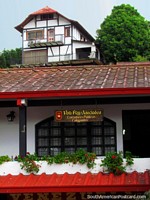 Typical buildings in the main street of Colonia Tovar. 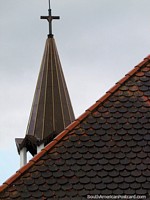 I arrived in Colonia Tovar at night after a 2hr taxi ride from Caracas that cost a lot more than a bus would have, but it was a Sunday and too late in the day for buses which I believe take around 3hrs. It's quite an ascent up to Colonia Tovar, 2200 meters in fact. The road from Caracas goes through some interesting neighbourhoods and there's a lot of cool street art to see along the way. The temperature at night up here is quite cold indeed - I big change from the hot coast where I had come from.

Colonia Tovar really is a special place in Venezuela - a German colony in the beautiful mountains with German houses, shops and culture. It was founded in 1843 by a group of German immigrants. I managed to find a reasonably priced hotel room that had a full kitchen and all mod cons - I asked for and got a 25% discount because I would not be using anything apart from a bed and the shower and because it was late. In the morning at around 8:30am I ventured out into the street to explore and discover Colonia Tovar.

The surrounding hills and pastures make this a fantastic setting and the town is full of interesting things to see. The main street is quite impressive with its dual clock towers, one side has the time in Germany (Hora Alemana) and the other is local time (Hora Venezolana). Nearby is Cafe El Vaquero Arepera, they sell German sausages (salchichas Alemanas), grilled chicken (pollo en brasas), strawberries and cream (fresas con crema) and whole or bottled peaches. One of the coolest things about Colonia Tovar are the wooden shop signs with nicely painted colors and lettering styles. Restaurants on the main street include Tasca Zoowa Kaffee and Damlau Miguel which has dishes including pork ribs with bbq sauce (costillas de cerdo), typical German foods and grilled seafood (parillas mar). Nearby is a bakery called Panaderia Das Brot and a cake shop called Cuestion de Gusto Confiteria which has delicious cakes, ice cream and strawberries with cream. I was now at the end of the main street at the bust statue of Colonel Agustin Codazzi (1793-1859) - an Italian who mapped both Venezuela and Colombia. There are quite a few arts and crafts shops in town selling all kinds of cute things for your house - wall items, hanging items, dolls, witches and cuddly toys. Other shops here include a chocolate shop, an empanada shop and Casa Kuku for woolen hats and gloves.

Off the main street and down the hill a little is the plaza and church. I walked down the road, there is a small military office with a bust of Simon Bolivar outside up on the right and on the left is the cemetery. Halfway down the hill is a lunch place called Luncheria Schmuk and a shop selling large dolls that have traditional German clothing. Across the road are hamburgers at Euro Burger. The gardens at Hotel Kaiserstuhl near the church are quite nice as are those of some of the houses around here. I stood on the balcony of Restaurant Cafe Muhstall (which by the way has local beer) and had a great view of the plaza and churches, yes there are 2 side by side! The traditional church is on the left and the new church is on the right. A gold bust of Simon Bolivar commemorates the first century since Colonia Tovars foundation. The traditional church was open, inside there are some bright colored stained glass windows of religious figures. The history of Colonia Tovar is documented in the towns museum, which I didn't see.

By 11:30am the rain was coming down hard and fast. The road I had walked down was literally a river. Luckily I still had the plastic pancho I had used at Angel Falls. I slid into that and walked up the hill to the main road. I couldn't resist one more empanada before I hopped on a bus heading down the mountains to La Victoria (1hr 30mins). It was a shame to get slightly cut short on my visit to Colonia Tovar but I got a pretty good feel for the place, enough to make me want to return again in the future. From La Victoria it was 30mins by bus to Maracay and 2 more hours to Moron where I crashed the night.

My only complaint is this: please make a law prohibiting motorbikes without mufflers buzzing constantly around the place, it really is quite bad. Did you know that the population of Colonia Tovar has risen from 3000 to 14000 since 2001? One local who has lived here most his life actually expressed his unhappiness about that fact to me.


View all photos in the Colonia Tovar Photoset 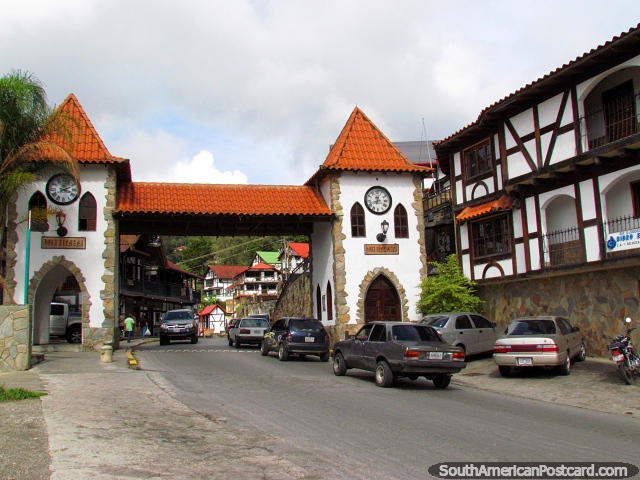