Maracaibo to Coro, Venezuela - 4 Hours By Bus To Travel 270kms 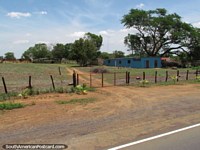 Farming properties and communities between Maracaibo and Coro. 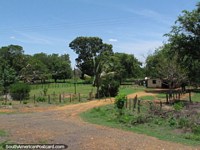 Country houses on beautiful big properties between Maracaibo and Coro. 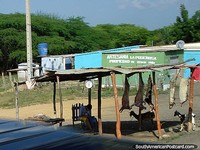 Fresh goat meat, a common site on the road between Maracaibo and Coro. 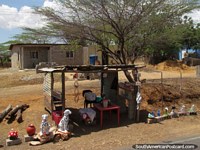 Arts and crafts, things for the house, for sale roadside between Dabajuro and Coro.
Map location: Maracaibo to Coro, Venezuela

2014 Exactly the same trip as I did in 2010, read below, everything was the same as far as the road and scenery. We didn't make a lunch stop this time however. We were stopped for around 90 minutes before crossing the Maracaibo bridge for police checks, there were many buses and cars lined up in the hot sun, that was tough. In total 4hrs traveling time, not counting the stop. I have a bunch of new photos from this ride.

2010 The road from Maracaibo to Coro is a long and straight one (270kms) through vast greenness and it's dry and hot. There is little to see along the way apart from farms and farmhouses and ranches with big gates. It is a beautiful open space of trees, cactus, rivers and bridges. The trip takes 4hrs, we went through Dabajuro and didn't go near to the coast.

Over the Maracaibo Bridge

We crossed the bridge over Lake Maracaibo and headed east towards Coro, after 30-40 minutes we were out of Maracaibo and on the highway. The houses along here are often very colorfully painted. Shops sell things like hammocks, cane baskets, hats, ukuleles and art. There are flowers of purple, pink and orange and many roadside stalls sell goat meat, there are some small churches also.

There was a lunch stop for about 25 minutes at Restaurant Arepera where they also sold art. After lunch just a few minutes later on the bridge was a big traffic jam where there had been a car accident, we were held up for an hour. I had seen an accident the previous day also and wondered if there was a relationship between this and the price of petrol in Venezuela, because petrol here is cheaper than water. We arrived in Coro. While coming into the city there are a few monuments, wall murals and a giant iguana on the side of a hill out on the right. It is a bit shabby in parts as the bus made its way to the terminal where I took a taxi into the center of town.


View all photos in the Maracaibo to Coro Photoset 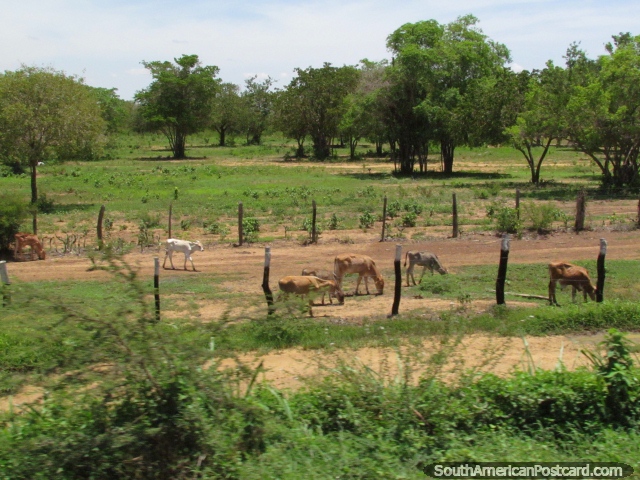