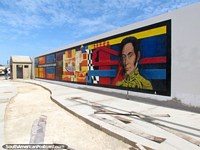 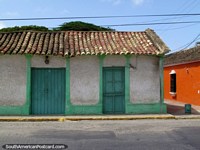 A tile roofed building with green doors in Pueblo Nuevo. 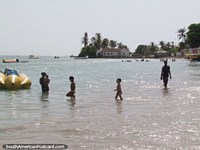 View of the beautiful northern side of Adicora. 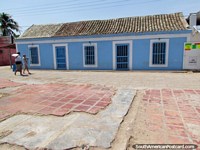 North of Coro on the Paraguana Peninsula are a few places like Punto Fijo, Pueblo Nuevo and beaches like Adicora out on the east coast. I was mainly wanting to get to Adicora but after arriving in Punto Fijo from Coro found that on a Sunday it was virtually impossible to get a shared-taxi or bus to the eastern side. So I stayed the night in Punto Fijo and waited until the next day.

From Coro to Punto Fijo takes 50 minutes in a car at high speed. You can actually take shared cars direct to Adicora from Coro and it takes only 45mins but nobody at the Coro bus terminal mentioned that at the time.

I'm glad I stayed in Punto Fijo though, for the simple reason that I can tell you that there is absolutely nothing to see here and no reason to come. I walked around the city for a while and did find some fantastic graffiti art and wall murals however. I also visited a couple of plazas - Plaza Jose Leonardo Chirinos (1754-1796), named after a man who led an uprising against slavery. There is a church beside this plaza. I also visited the somewhat remote Plaza Bolivar and some of the streets around there.

From the terminal by bus I now headed east stopping in Pueblo Nuevo to have a quick look, a 1hr ride. I'm afraid to report there is also nothing to see in Pueblo Nuevo apart from the church.

Now 15mins in a shared taxi east to Adicora on the coast and finally a place worth being in!

A place with a beautiful beach, cool clear waters, white sand, palm trees and lots of fun activities. Adicora has a north and south beach. The south beach is the rough side where the kitesurfers enjoy the winds and choppy waves, the beach is also rough. The north beach is the beautiful side and is in total contrast to its southern counterpart with its smooth silky sand and calm waters. Behind the beach are restaurants, cold icey frappe to drink and shops selling the usual beachlife necessities.

The Lighthouse, Church and Plaza

Distinct sights to see in Adicora apart from the beach are the lighthouse (faro), the church and Plaza Bolivar (every town has one) plus there is another plaza called Zambrano.

A Drink by the Water

In the evening you can sit in a chair with a drink near the water and relax, it's a nice place.

To Coro by Car

This time when I left Adicora I took the direct route straight to Coro by fast car, 45 minutes. The next day I travelled east from Coro in the direction of Morrocoy National Park.


View all photos in the Adicora & Punto Fijo Photoset

Posada El Guatacarazo, Adicora, Venezuela (August 2014 - 1 night) - Laidback sort of place and well-priced for budget travelers. The room had a tv, fridge, aircon and bathroom. No wifi. There was a double bed plus a single bed in the room. There is a restaurant downstairs that serves good and cheap meals. Located just a minute or 2 from the beach and run by a nice lady. There are some other very cheap rooms available here also. This place is half to a third the price of a place nearby called Posada El Capitan. Recommended.

Posada Nazaret, Punto Fijo, Venezuela (August 2014 - 1 night) - Not a bad place to sleep a night. The room had a good bed, a fridge and tv. The place has an aircon system built in. Just 4 blocks from the main street and a few food joints. Well secured and with friendly staff. A good price but maybe they should spray the rooms for insects once or twice a month. I still recommend it though.
Venezuela Travel Blog | Photos of Venezuela | Festivals in Venezuela | South America Videos 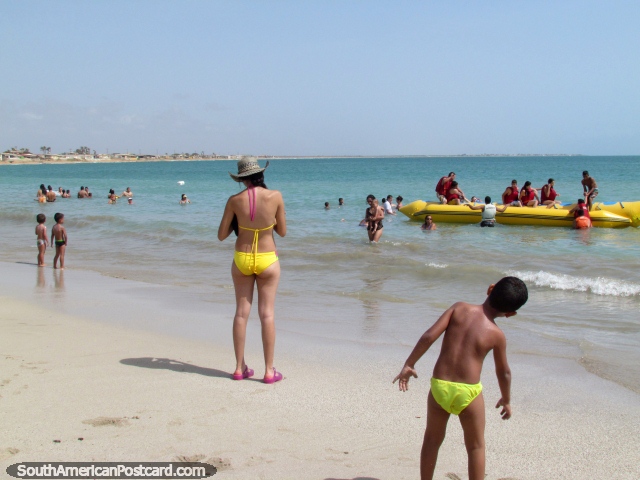