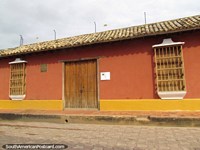 The house where historian Ismael Silva Montanes was born in 1901, Carora. 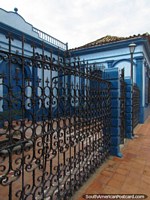 Beautiful old blue building in the Zona Colonial in Carora. 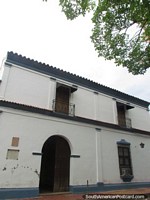 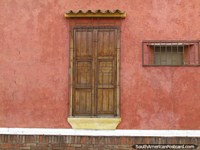 I spent a couple of nights in Carora. I had read that it had a very well preserved Zona Colonial as they call it, historical colonial neighbourhood. I spent a full day exploring the neighbourhood and other parts of town. Carora is located 2 thirds of the way to Barquisimeto from Maracaibo, it took 3hrs to get here by bus. I needed a shared taxi from the main highway into town ($5 Bolivares). I got a good room at a hotel on the main street and had a quick look around in the afternoon that I arrived.

Next day I started early, around 6:30am, just walking around the Zona Colonial. I headed towards Plaza Bolivar, along the way taking photos of the cool old houses that I saw. Many of the streets are cobblestone. Plaza Bolivar is a nice park with lots of trees and kept clean. I got chatting to some locals as I ate something for breakfast at the bakery. One asked me why I had come to Carora. I said just to see a place not normally visited by tourists or backpackers. They were nice and warned me not to go down this or that street and to watch out for my camera. Beside the plaza is the cathedral. Originally called Iglesia Matriz de San Juan Bautista, it was built in the 17th century but was damaged by fire in 1831. It was elevated to cathedral in 1992. Beside the cathedral is the house built for Father Antonio de Hoces in 1741 where Simon Bolivar stayed for 3 days - El Balcon de los Alvarez (Alvarez Balcony).

All around this area are old houses, some with plaques stating the reason for its importance. There is Casa Amarilla (Yellow House), a national historic landmark, built in 1625, once owned by Captain Felix Almaraz and Salamanca, now the library. The first hospital of Carora was built in a house in 1620 on the order of Captain Pedro V. de Mendoza. The site which was once the first church of Carora was built in 1850 with help from Jose Melendez. There's the house built in 1786 to accommodate Juan Balbuena while he built the Capilla del Calvario church. There's the house owned by Ildefonso Riera Aguinagalde (1832-1882), a humanist. He sold it in 1870 to Antonio Maria Zubillaga (1841-1924). Club Torres de Carora, built in 1724 by Hipolito Torres, house of traditions. The house built in 1760 where General Jacinto Lara (1777-1859) was born. The house that belonged to Dr. Ramon Pompilio Oropeza. He lived in the house from 1860 until his death in 1937. He was a distinguished educator, jurist and founder of the La Esperanza College. The house where historian Ismael Silva Montanes was born in 1901. So yeah, Carora has a lot of history.

Other Parts of Carora

I walked in the direction of church Capilla del Calvario, it's next to a park called Plaza El Calvario with a monument to Bishop Salvador Montes de Oca (1896-1944). At this point I wandered into a slightly not so safe neighbourhood called Torrellas, I took a few photos and tried to find my way out. I got more central and arrived at Plaza Torres named after Pedro Leon Torres (1788-1822), a military man born near Carora. Next I came to Plaza Carlos Zubillaga and Plaza Jacinto Lara, both nice places to relax. I was now in the main street areas, away from the Zona Colonial. I found Plaza Independencia, nothing special. On another street I found the La Esperanza College with its founders statue. I saw several other plazas like Plaza Bolivariana and Caroras most central Plaza Chio beside the main street.

In the evenings the town shuts down early, around 6pm and the streets have little or no lighting. The first night I ate fried chicken beside Plaza Chio and on the 2nd I ate pizza from a shop beside my hotel. I talked to several people on my walk around Carora, everyone seemed very nice and happy to have a tourist in town. Carora is a place you could easily visit in a day without spending the night. I enjoyed visiting Carora and recommend it if you like small well-kept Zona Colonial areas. Early the next morning I took a 40min bus ride on highway 1 to El Tintorero.


View all photos in the Carora Photoset

Hotel Irpinia, Carora, Venezuela (April 2013 - 2 nights) - This was a fantastic place to stay in Carora. TV, private bathroom, air-con and a great price. There's a pizza restaurant downstairs. It's right in the center of town near the colonial zone. Recommended.
Venezuela Travel Blog | Photos of Venezuela | Festivals in Venezuela | South America Videos 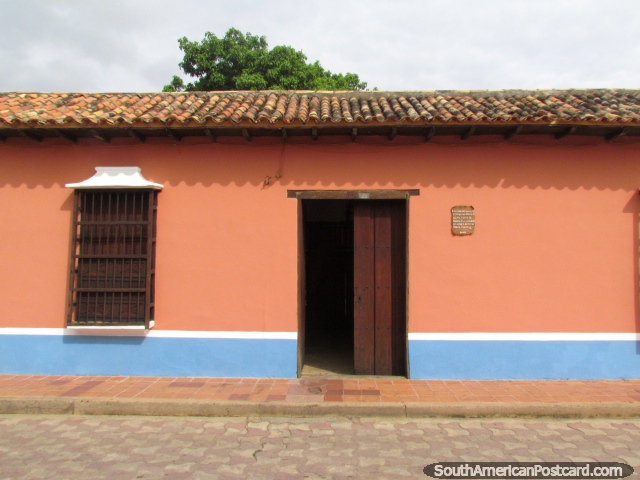