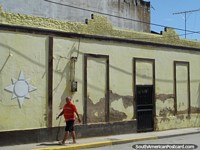 Man walks past an old historical building in Porlamar. 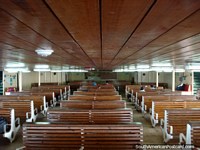 The passenger deck on Conferry on the way to Porlamar. 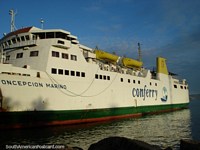 The Conferry takes passengers and cars from Puerto La Cruz to Porlamar. 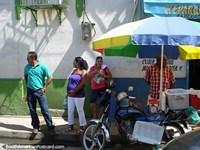 From the Conferry terminal in Puerto La Cruz I made the 4 hour trip by ferry to Porlamar on Isla Margarita (Margarita Island). It was early morning in Puerto La Cruz. I woke before 6am and walked the 20 minutes west from the center of town to the ferry terminal and bought a ticket for $40 Bolivares one way (around $6USD). Before I boarded the boat my belongings were checked by the police and they asked me to play my guitar to show I could actually play and that it wasn't some kind of 'cover' for something else.

The trip on the ferry from Puerto La Cruz is quite scenic passing by many islands along the way, I saw dolphins and pelicans. The ferry was quite empty and I was able to sprawl out on a bench seat and rest for a while. The ferry arrived in Porlamar, people with cars drove off the ship and onto the jetty to shore.

I caught a co-op taxi van which is the cheapest option into the center of Porlamar and found myself a budget hotel one block from Plaza Bolivar. From the ferry to the city center is 28kms and cost $5 Bolivares.

Walking Around the Center

Next day I set out to have a look around and explore the city a little. The place is full of life in the central streets with food for sale, stalls and shops, the houses around the center are in colors of pink, blue, green, orange and yellow, many have little shaped designs on the front. Plaza Bolivar is large with tall trees, people relax during the day and drink black coffee. The white and gold church Iglesia de San Nicolas de Bari stands at one side of the plaza. In the grounds is a monument to Rev. Brother Elias Maria Sendra and nearby is a monument in bronze of 4 women dancing in a circle holding hands and is called La Ronda by Francisco Narvaez. Porlamar offers fancy shopping in the area around Av 4 de Mayo where there are a lot of imported goods.

It was about now while I was walking around the shopping area that my visit to Isla Margarita took a dramatic twist. I was sitting down having a cold drink when a young lady nearby caught my eye. I said 'hola' and we sat and chatted for an hour, she invited me to visit the place where she lived with her family on the island. The next day I took a bus from Porlamar to La Restinga where there is a lagoon and national park. I didn't plan to, but I ended up staying there for 2 weeks living in a house at the beach with a family of fishermen with free board and food!

Buses Around the Island

There is a bus terminal about 5 blocks from Plaza Bolivar that has buses going towards the western regions of the island like La Restinga while buses going to La Asuncion, Pampatar and Juan Griego leave from around the plaza and down the road from the church on various street corners.


View all photos in the Porlamar, Isla Margarita Photoset

Hotel Familiar, Porlamar, Venezuela (January 2011 - 1 night) - A horrible place a block from the plaza, everything about it was horrible and they charged me too much for the privilege. The manager decided to have band practice in a room downstairs at midnight. I think this hotel in general is used 1hr at time by various people.
Venezuela Travel Blog | Photos of Venezuela | Festivals in Venezuela | South America Videos 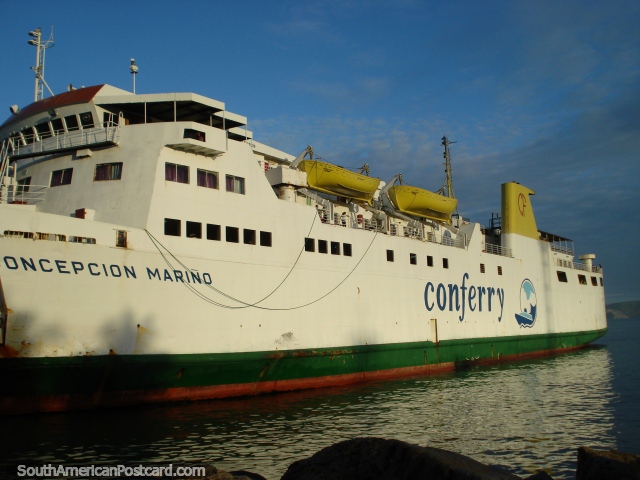