A yellow butterfly on an interesting orange and yellow plant at the Sao Paulo Botanical Gardens.

Like 3 women from a Robert Palmer video, great mural in Vila Madalena in Sao Paulo.

Sao Paulo is a monster, it's a biggy, the biggest city in all of South America, but it's a good city and believe me you will see only a small fraction of what the city has to offer unless you stay here for several weeks! I do however know a selection of places and things in Sao Paulo from my 3 days here. I will definitely devote more time to getting to know more of Sao Paulo in the future. I really loved it!

Uber from the Airport

I will give you some really good advice immediately so that your trip to Sao Paulo starts well. Firstly, if you arrive at Guarulhos airport you will need a taxi into the center, unless you take a bus of course. Taxi's charge a flat rate of $126 Reals ($40USD) to take you anywhere in the city! This price is extreme, take an Uber ride and the cost will be $50 Reals! I didn't have a mobile plan when I arrived and had no choice but to pay a taxi, it was the middle of the night and I was exhausted. But this was enough incentive for me to get a chip and plan with Vivo the next day and download the Uber App. From then on I never looked back and never used another taxi on the whole trip, only Uber, fantastic service and I saved $100's and $100's!

I stayed at a great hostel in an economical private room in the Luz neighborhood in the center of town, this is a good area to be based and is near the train station. The room was $55 Reals per night, you can see that the $126 Reals payed to that taxi was plain robbery, over 2 nights accommodation it cost me!

Into the Big City

A ride on the underground metro train will cost you less than $4 Reals per trip, it's a great system for getting around this huge place! So what did I do in the short time I had in Sao Paulo? As much as I possibly could, which included walking 34kms exploring (according to my pedometer). I mean at some point you need to get out of the train and on to the streets or you will see very little apart from dark tunnels.

I spent most of the first day on foot (19kms walking) and visited the Japanese neighborhood of Liberdade, they say it's the largest Japanese community outside of Japan but this is not overly apparent out on the streets apart from the street lighting in the form of lanterns and some of the shops, market day could well be different!

From Liberdade I took the underground metro to Vila Madalena, the neighborhood known for art galleries, cafes and street art and murals at the Beco do Batman alleyway! This is a nice part of the city where you can eat at a restaurant table outside. Beco do Batman isn't bad, but around the city is where you will see the real gems in street art. Many backpackers base themselves in and around Vila Madalena while in Sao Paulo.

Later I explored the center of the city and ended the day around Republica and Luz, an old but very interesting part of the city with historic churches, buildings and train stations.

I made a point the next day to find a nice green space in Sao Paulo. I wanted to see less concrete, at least for a while and the Botanical Gardens was the answer! I have been to some shabby botanical gardens in my time but this wasn't one of them, these gardens are beautiful, just perfect to get away from the concrete jungle, full of flowers, bamboo, a greenhouse with exotic plants, ponds, walking paths, relaxing areas for picnics and a place for wedding photos. There's a water wheel in the pond and large sculptures on the lawns. A photography school class enjoyed their time in the gardens while I was there. There is also the opportunity to see some animals and insects along the nature paths! I well recommend a visit to the Sao Paulo Botanical Gardens!

All You Can Eat Buffets

One of my favourite things about Brazil are the 'all you can eat' buffet lunches and dinners, you see them all around the place and on this day I was lucky to find a Japanese buffet which included sushi and lots of Asian dishes! These buffets generally cost between $6-9USD, you can't go wrong if you are really hungry!

In the center of the city around Praca Se (Plaza Se) are a lot of sights - buildings, churches, the great bridge with awesome views of the city, markets plus places to eat and drink are abundant.

Sao Paulo felt a lot safer than Rio de Janeiro to walk around, even in the Luz neighborhood where I stayed. Luz I found very interesting to just sit and watch the street activity and strange people walking around from my hostel balcony! Sao Paulo was starting to gear-up for carnival with a few street events around town. I planned to see carnival later in Salvador, but for now I wanted to see Brasilia, the capital of Brazil!


View all photos in the Sao Paulo Photoset

Balcony Hostel & Hotel, Sao Paulo, Brazil (February 2017 - 3 nights, March 2017 - 2 nights) - A private room with bathroom for $55 Reals is a great price in a hostel equipped with a kitchen too! The location is great near Luz Train Station and close to the city center. But really the best thing about Balcony Hostel is indeed the balcony! The balcony sits above the intersection of 5 streets, where day and night you can sit and watch all the interesting people that walk past, we are talking vagabonds, prostitutes, homeless, crackheads, cokeheads, you name it, there's a whole community, just awesome! Secure and relaxed with helpful owners! Recommended.
Brazil Travel Blog | Photos of Brazil | Festivals in Brazil | South America Videos 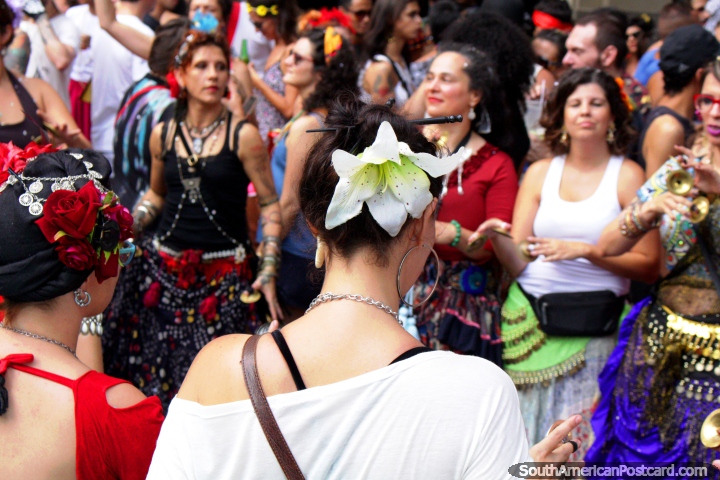