Lady in red, or is it? Beautiful outfits at the carnival in Salvador.

Church and convent Nossa Senhora do Carmo towers from above in Salvador.

Beautiful views of Salvador as I walk down from Pelourinho to the sea.

The thunderous sound of rumbling drums bouncing off stone facades and cobblestone streets echo out into the night as the historic center of Pelourinho gears up for carnival. The streets are alive with the music and culture of Salvador, this is the African heart of Brazil! I spent several days watching and enjoying the city warm into full carnival mode without the crowds and costs associated with the main event, simple street parades and fun each night. I arrived in Salvador from Brasilia after midnight and was lucky to find budget accommodation in the center of town, everywhere was getting very booked-up. I hadn't just come to Salvador to see the carnival. I was also interested in getting to know the city as well. I didn't even know the dates of carnival when I planned this trip to Brazil!

I was presented with a number of options for the main carnival day(s). I had been told it would be too dangerous to be out on the streets with my camera - I would get robbed! One option is a thing called a 'Camarote' which is basically you pay a fee to enter someones house and watch the carnival pass from the balcony. Camarote's can include food and drink as well. Another option is to pay to be part of a 'Bloco' which is you are part of an actual group that is passing through the streets, this is for people who want to party! The other option is to book a seat in a grandstand well in advance, like at least a year! I thought long and hard about it, it was too late for a seat in a grandstand and to be honest I didn't fancy watching from a great distance. I didn't fancy the Bloco either because I wouldn't see anything apart from my group all day. The Camarote sounded good but I just wasn't convinced the offers I was hearing about were in good locations and I didn't want to be zooming my camera down from far and above!

I Wanted to be Amongst It!

I wanted to be amongst it, on the street, close-up! So, I decided to enjoy the carnival warm-ups in the afternoons and evenings before the big weekend, this way I could enjoy it without being swamped in the craziness!

Pelourinho - the historic center, is where I spent a lot of my time. It's in a fantastic position perched on top of the cliffs with views looking down to the harbour and sea. The architecture in this area is amazing, the plaza surrounded by 4 or 5 17th and 18th century churches and palaces! Cobblestone streets lined with cafes, bars and shops featuring African arts and crafts. Street drum parties that create a huge adrenaline rush for everyone around and beyond!

Down the Elevator to the Beach

From Pelourinho on the hilltop you can get down to the beaches and sea by walking of course, but easier still is the elevator called Elevador Lacerda located in the Municipal Plaza beside Rio Branco Palace! It's quite a nice waterfront area with boats, monuments, old buildings, the market and much street activity.

Salvador has a whole bunch of museums covering art, slavery, culture and archeology.

I imagine if one was to visit Salvador not during carnival time it would be a totally different experience with more focus on enjoying the whole city and surrounding areas. In a way, it being carnival time, limited my imagination, but it was still of course very enjoyable! For more information on the Salvador Carnival, see this guide!

Bus to Aracaju, then Penedo

It was time now for me to hit the road, heading north overland by bus, 5hrs to Aracaju for the night then continuing to Penedo the next day, 3hrs 30mins.


View all photos in the Salvador da Bahia Photoset

Love Do Pelo, Salvador, Brazil (February 2017 - 5 nights) - I was in Salvador during carnival, one hostel I enquired at wanted $130 Reals for a dorm bed, no way I was going to do that! So I stayed at a rent by the hour hotel in the middle of town, great location! $50 Reals for the 1st night, $80 for the 2nd and 3rd, $120 reals for the 4th and 5th (prices rising for carnival). I was comfortable here on the top floor for 5 nights, whatever went on downstairs didn't affect me. Room with bathroom, aircon and tv. Great!
Brazil Travel Blog | Photos of Brazil | Festivals in Brazil | South America Videos 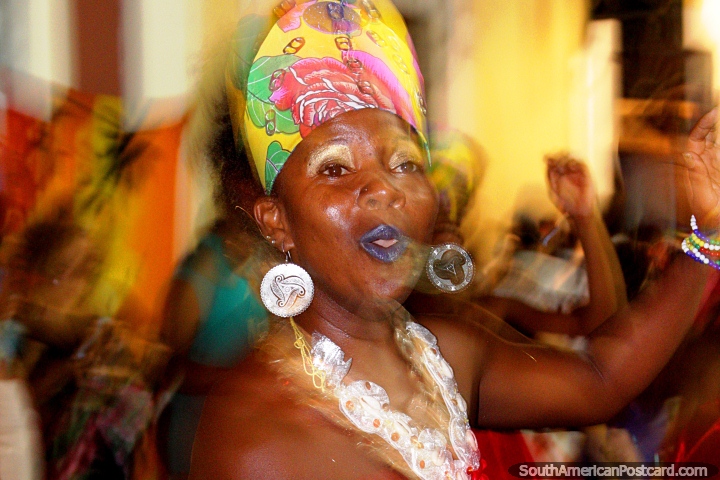