Olinda, Brazil - Charm Of An Artists Haven On A Hilltop / Boneco Museum

Carnival decorations and puppet at the government palace / town hall in Olinda.

"Olinda is all for the eyes, it's not tangible, it's all desire", a quote from the poem called Olinda by Brazilian poet Carlos Pena Filho. Olinda is the postcard perfect place for pleasant sightseeing, it's kind of like a painting! That's my line, not from a poem. Olinda is an artists haven on a hilltop surrounded by lush vegetation and has beautiful views of the deep blue sea, the climate is tropical and it's full of charm, charm, charm! Being the sister city of Recife, it's just 20mins north by taxi and has a completely different vibe than it's big sister.

The historical center is a UNESCO World Heritage site and you can see so much in just a small area in just a few hours - museums, art galeries, churches and chapels! A lot less walking than Recife! Known as one of the best-preserved colonial cities in Brazil, originally thriving from the sugar trade in the 1500's.

Up the Hill on Cobblestones

Ascending up the cobblestone streets through neighbourhoods of colorful houses, carnival decorations are still present from the previous week. Interesting windows displaying arts, crafts and ornaments. Wooden window shutters and doors, pastel colors and dark shades. It's a steep ascent at the last part but by this time you have good views of Olinda's streets and houses below and a distant view of the tall buildings of Recife. On the other side it's spectacular looking over the greenery and palm trees to the sea with a pair of white churches standing out of this tropical scene. Tiled roofed houses blend in well under this green canopy.

Top of the Hill

At the top of the hill is the church Igreja da Misericordia (originally built in 1599, rebuilt in 1654) which features some paintings. Arts and crafts, jewelry and paintings are for sale on the street. The 16th century church and convent - Igreja e Convento de Nossa Senhora da Conceicao was rebuilt after the Dutch invasion of 1631.

The art shops have some amazing stuff, cultural, imaginative and fun. The shop with the pink facade called Artes do Imaginario Brasileiro has figurines, masks, paintings and all kinds of things!

Street music is common, there were some men playing guitars and singing, later a chap with an accordion was entertaining people as they watched the sun go down.

The Cathedral and Observatory

The cathedral - Catedral de Sao Salvador do Mundo (aka. Igreja da Se) was built in 1548 and rebuilt in 1669. Only the main door survived the fire of 1631, the 2nd tower was built in 1713. We also have the astronomy observatory (Observatorio Astronomico) which is open Tuesday-Sunday 4pm-8pm. Delicious cold fruit drinks called Caipifrutas can be bought around this area as well as some yummy food - Brazil is great for food.

Olinda is a fun place for photographers! I had a great day in Olinda and a nice evening relaxing in a hammock at my pousada (hostel). From Olinda I headed back to Recife for a bus north to Joao Pessoa, 2hrs 15mins.


View all photos in the Olinda Photoset

Hotel Pousada D'Olinda, Olinda, Brazil (March 2017 - 1 night) - $80 Reals payed for a beautiful room out the back at this nice pousada in Olinda! Private with bathroom, tv, wifi and nice and quiet. A delicious breakfast was served in the morning and there are hammocks and green lawns to enjoy! The location is good with access in all directions. Helpful owners. Recommended.
Brazil Travel Blog | Photos of Brazil | Festivals in Brazil | South America Videos 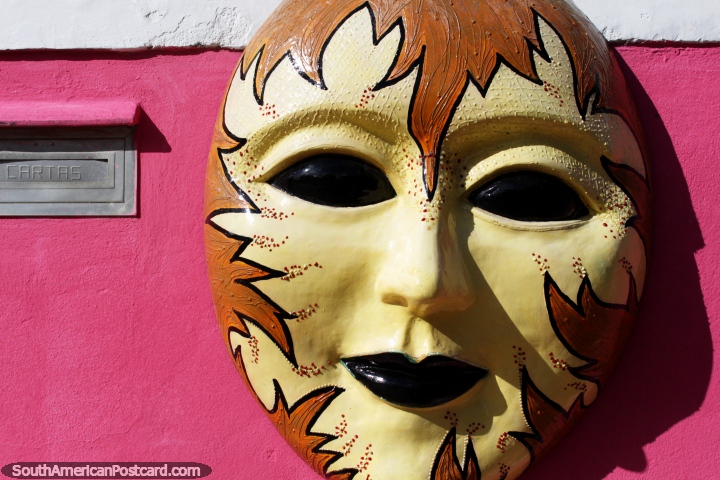