Campo Grande to Foz, Brazil - Man Busted With Suitcase Of Cocaine On My Bus

This was a 10hr bus journey through the night leaving at 8:30pm from Campo Grande to Foz after visiting the Pantanal forests and grasslands. Halfway through the night the bus stopped at a police checkpoint. They came onboard. I was asleep and a policeman woke me up, he wanted to see everyones passport or ID. They may have run dogs through the luggage compartment. Anyway, what happened was that a South American man of some nationality was taken off the bus and they took him and his suitcase into the office right outside the bus and with all the people looking out the windows to see. They proceeded to cut open the sides of his suitcase with a knife to find a big load of cocaine inside. The whole of the checkpoint team were in there helping or looking on, at least 15 of them. The man sat on a chair with his head hung down. After their discovery the police were giving each other high fives and shaking hands. They took photos of the man as he sat in the chair and stood him up and took him away. We were stopped there for maybe 45 minutes and then the bus drivers were finally given permission for the bus to be able to leave.

By early morning at around 6 or 7am we had arrived in Cascavel where I waited at the terminal for an hour to get on a bus to Foz and cross the border into Argentina at Puerto Iguazu. In the end the whole journey took around 12 hours. You never know who's on the bus! 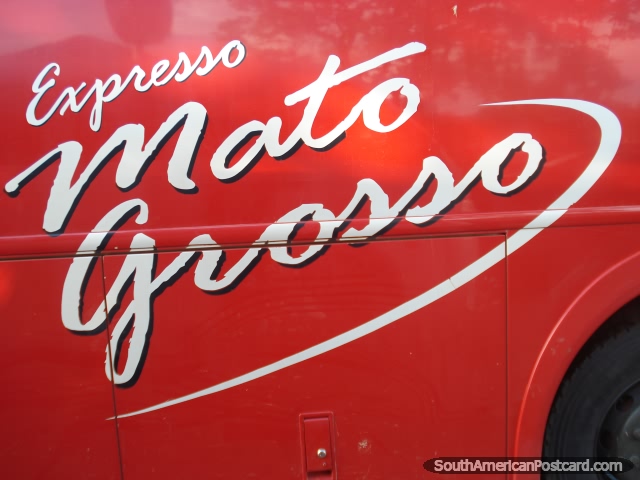