Brasilia, Brazil - Futuristic Buildings A City Built In The Shape Of An Airplane

Another view of the Metropolitan Cathedral with a row of statues in front, Brasilia.

Light Show Fountain in Brasilia, the large lagoon and park in the center of the city.

The TV tower in Brasilia was built in 1967 and stands 230 meters high!

I flew into Brasilia from Sao Paolo, this seemed extremely appropriate because Brasilia - the capital of Brazil is built in the shape of an airplane and it's located well-inland from the coastal cities. It's a planned city built in 1960 and I had come to see the futuristic buildings! From the airport I took an Uber taxi to a hostel in the city center, but it's not really a city center, more like a large town center.

Brasilia is made for cars so the best way for a backpacker to get around is to rent a bike. The fuselage section of Brasilia's airplane shape is where most if not all of the futuristic buildings are located! I rented a bike from the area around the fuselage / wings intersection and thought I would ride to one end of the fuselage and cycle all the way along to the other end. It was extremely hot. Sun cream, hat and sunglasses are a must, as is a bottle or 2 of cold water! My idea was to be creative with my photography and to try and do something a little different where ever possible. Brasilia has some dedicated bike lanes around and through the public areas and parks, but crossing the roads from one grassy section to another is not always easy. I started on the bicycle at around the sports stadium, this is not all the way down the fuselage section, but much of the way. From here I biked towards the TV tower (1967, 230 meters high), this part is the best area along the fuselage section, there's gardens, a lagoon and fountains and some shady areas to escape the sun. There are not many trees along the rest of this road!

Views from the TV Tower

The views from the TV tower give you sight of the government buildings further down the hill and also a larger open view of the city. In the far distance on the right are the white dome and star shaped buildings, these are indeed the National Museum and Metropolitan Cathedral respectively. They look quite space-age from close-up, like the government buildings look like a space station. Again it was horrendous trying to cross the busy road that separates them.

Why a Future Designed for Cars?

The government buildings and the TV tower are separated by the bus terminal. I found getting from one side to the other extremely difficult and dangerous! Surely Brasilia didn't envisage the future with only cars? I guess they did because now I decided to do something really crazy - to keep riding down the hill until I got to the bridge that I had seen in photos of the city beforehand. I really shouldn't have done that! I had to cross some very busy roads and ride a long way. All for a bridge! In the end I gave up and called an Uber to come take me back up the hill! Take my advice, if you want to see the bridge, take a taxi during the evening light!

Where is the Heart?

Brasilia has government palaces, 6 museums, several cultural centers, various monuments and much more along those lines. Where the true heart of the city and its people are, I didn't quite find. But I did enjoy much of the bike ride and exploration.

I flew out of Brasilia (as you do) north-east to Salvador, this is where the overland part of my trip would begin, carnival was around the corner!


View all photos in the Brasilia Photoset

Hostel 7, Brasilia, Brazil (February 2017 - 1 night) - $55 Reals for the only dorm I slept in on this trip. Good hostel with a good atmosphere and friendly owner and staff. Nice kitchen and lounge areas also with breakfast included. Located in a handy part of the city, not too far from anything! Recommended.
Brazil Travel Blog | Photos of Brazil | Festivals in Brazil | South America Videos 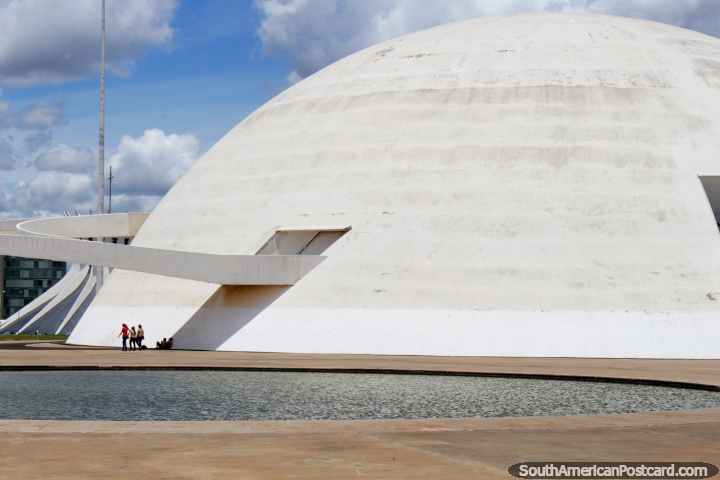