Zaruma, Ecuador - A Gold Mining Town Off The Beaten Track

Inside the church in Arcapamba, Iglesia de Fatima del Rosario.

Half ghost town, half wild-west, wooden buildings and quiet street at night in Zaruma.

Walking 500 meters into the tunnels at El Sexmo gold mine in Zaruma.

Entrance of the gold mine El Sexmo in Zaruma, lets go inside.
Map location: Zaruma, Ecuador

I heard a little rumor about a place called Zaruma, one of those little fairytale towns you occasionally come across while traveling, like Guatape in Colombia. I felt that if I didn't come here I would be missing out on something special! Zaruma is not particularly close to any major cities in Ecuador, but tucked away high in the mountains roughly halfway (distance wise, not timewise) between Machala (100kms, 2hrs 30mins bus) and Loja (130kms, 5hrs 45mins bus). Zaruma with its colonial architecture is a place with much charm!

Zaruma, with a history of gold and silver mining that continues to this day in the local mine called El Sexmo (tours available) has its charm in its streets and old colonial wooden buildings. You feel like you are in a movie from the wild-west around the buildings with their wooden front patios, wooden doors and window shutters and wooden staircases. The streets are quite antique with dated facades with old clocks, streetlamps, wooden signs and with flower pots hanging from the wooden balconies above.

The historical center of Zaruma is at the top of the street that winds up through the town up to Independence Square (Plaza Independencia). The plaza itself is beautiful with a central fountain and landscaped gardens and trees. Around the plaza are some very interesting and beautiful buildings including the church (Santuario de Nuestra Señora del Carmen) and the museum. The church is made from wood and was built between 1912 and 1930 by a local who used a photograph of a church in France as a reference. The interior has some amazing oil paintings and a gold and silver plated alter, it's quite spectacular inside. The most eye-catching building in town is the large green one on one side of the park which has cafes and shops on street level. From the park, the streets head off in all directions up and down where the fun really begins exploring old Zaruma.

The Municipal Museum in Zaruma has an amazing collection of black and white photographs, many from the early 1900's. Also there are photographs of many of the petroglyphs found in nearby Salvias. Petroglyphs are forms of writing and drawing that show memories of ancestral peoples, ideographic signs, geometric figures, anthropomorphs, spirals and figures of animals. The museum in Zaruma also has a dedicated memorial to Jose Antonio Jara Aguilar (1922-1976). Affectionately called Chaso, he was considered to be the most important Orense Ecuadorian singer-songwriter, his musical heritage still remains alive in the hearts of the people of Zaruma. Open since 1974, the museum in Zaruma contains a large historic wealth from the town and areas surrounding. The museum has preserved displays of archeology, religious art and mining artifacts.

Zaruma has a lookout point high on the hill called Mirador Turistico 'La Colina', you can take a taxi up and walk back down. There is also a cross high on the hill that you can see from the town, this is where I went up to. The views are fantastic of the town and area surrounding. The hills seem to go on forever and you can see nearby towns such as Portovelo in the distance. The area around Zaruma is also worth exploring, there are various places you can visit including Abanin where you can see archeology and human-shaped monoliths, Arcapamba for orchid gardens and artisanal quartz mills, Guanazan for archeology and Paltacalo mountain, Guizhaguina to see waterfalls and lakes, Huertas for handicrafts and waterfalls, Malvas to see the church and eat sweets, Muluncay for handmade bells and bronze pots and Salvias where much of the museums petroglyph photos come from, for archeology, rivers and waterfalls.

The El Sexmo gold mine is the heart and origin of Zaruma. Where the miners once found a gold nugget weighing 3.5 pounds and sent it to King Phillip II of Spain as a gift. Before this, the miners paid a fifth of their gold findings in tax to the crown. After the gift, the crown reduced the tax to a sixth (sexta), so the mine was therefore named El Sexmo. The El Sexmo gold mine is open daily from 8am-12pm, then from 1pm-4pm, entry is free. A 30 minute tour will take you down around half a kilometer of tunnels. You will be wearing gumboots and a hard-hat provided. The guide will explain about the mine throughout the tour. The mine is within walking distance from town or you can take a taxi. In the town itself is the Miners Monument about 200 meters down the main street from Independence Plaza. More about the mine.

Off The Beaten Track

Zaruma is definitely off the beaten track with its location. It's best accessed from Machala being just 2hrs 30mins away by bus. The journey from Zaruma to Loja or vice versa takes 5hrs 45mins and really is quite a drag at 20-25kms per hour. However you get to Zaruma, in the end it won't matter because there is a lot to enjoy here!

Lookout hill of the cross overlooking Zaruma in the mountains of Ecuador! #Travel #TravelTuesday #Ecuador https://t.co/Icz9ldCuNA


View all photos in the Zaruma Photoset

Hotel Aguila Dorada, Zaruma, Ecuador (October 2018 - 2 nights) - If you get a room up on the top floor you may well be blessed with some nice views of the valley below Zaruma! $20 down from $24 for 2 people for a nice room with private bathroom just 5 minutes walk down the hill form the main plaza in town. Easy access to shops, ATMs and restaurants along the street outside the hotel.
Ecuador Travel Blog | Photos of Ecuador | Festivals in Ecuador | South America Videos 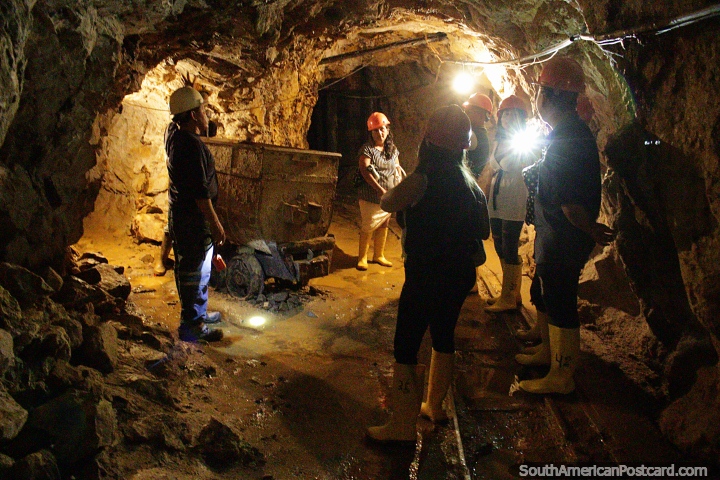