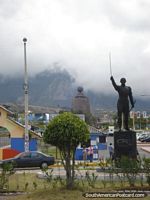 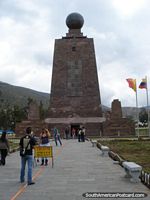 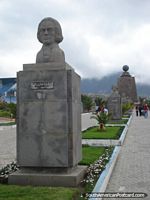 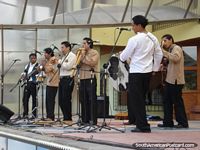 There was one thing I wanted to do on the way down to Quito from Otavalo and that was to stop off at Mitad del Mundo to stand on the equator! The bus dropped me off and I caught a taxi for $5USD to Mitad del Mundo, it was quite far from where I was let out of the bus.

Walk Up to the Monument

The walkway up to the monument has lines of statues on each side as well as the Planetario. Once up in front of the monument where the yellow signs and statistics about latitude and longitude are - I and others were getting their photos taken while standing on, standing on both sides of or jumping over the line. It is also possible to go inside and up to the top of the monument, but costs a few $dollars. There is a large auditorium with a glass dome shaped roof at Mitad del Mundo that had a live band playing and some dancers.

The museum just up from the main entrance has amazing experiments demonstrating the equators powers including a sink where the water runs one way on one side of the line and the other way on the other side of the line. The official website of Mitad del Mundo.

Eat Across the Road

Across the road from the entrance there are a couple of eateries which are a lot cheaper than inside the Equator center.

I caught a bus from Mitad del Mundo back into Quito, it took around 30-40 minutes. The bus was extremely full and I really had to watch and hold on to my backpack. I walked for a while through the streets to get to the main bus terminal where Puerto Lopez would be my destination overnight.

I've Been to the Equator in Brazil

I have also stood on the equator on the other side of the continent in Macapa - Brazil. It's not in a beautiful setting like at Mitad del Mundo but I did manage to balance a coin on its side!


View all photos in the Mitad del Mundo Photoset 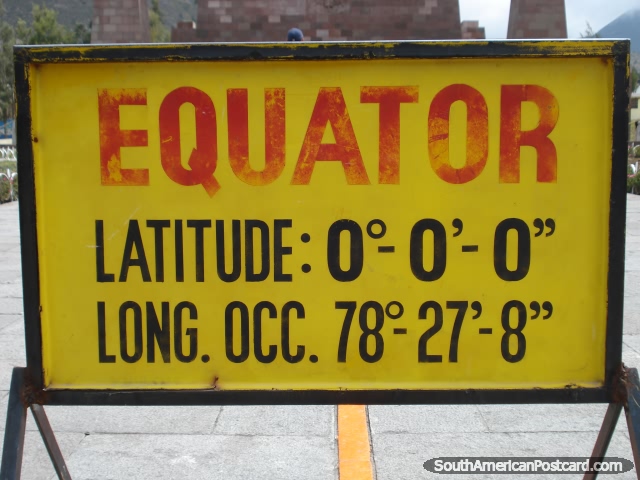