Looking up the main street from the church in Machachi.

Hills and farmland in Machachi, view from the highway.

One of the historic school buildings in Machachi - Escuela Luis Felipe Borja.

Machachi is the first town along the Pan-American highway you pass-by south of Quito (45mins by bus from Quito's southern terminal - Quitumbe). The town is about 1km to the side of the highway. There's not a lot to see in the town itself but it does have a beautiful setting surrounded by mountains and is very close to Cotopaxi National Park which offers hiking, camping, cycling, picnicking, birdwatching and horse riding. Machachi however does have a nice central park with several historic buildings around it and a lot of street art and murals around town.

It's a peaceful place and very laid-back considering it is so close to Quito. From Machachi, in any direction you look, you will see one of the 9 volcanoes that surround it, it's beautiful on a sunny day! The streets around town are nice to walk around because there are great views of the mountains at the end of them all.

I was unlucky to be about a week late for the 'El Chagra' celebration which happens at around the end of July and has rodeos, cowboys and parades.

Market day in Machachi is Sunday but if it's markets you want to see I would head 40mins (50kms) south to one of the most famous ones in Saquisili (Thursdays). Pujili (near Saquisili) also has a market on Wednesdays and Sundays.

Latacunga, about 1hr south of Machachi is by far a much more interesting town than Machachi as far as historic buildings and plazas go etc. Machachi is a good place to spend a night if you have come from the south and don't want the hassle of Quito at the end of a hard days travel. After I spent the night in Machachi I bused north to Terminal Quitumbe - Quito's southern terminal where I stayed in a hotel close to the terminal for a couple of nights.


View all photos in the Machachi Photoset

Amanecer del Valle Hotel, Machachi, Ecuador (July 2015 - 1 night) - Should be a good hotel with the $20USD price tag, but is let down by the fact that the hot water doesn't work. I asked twice at reception twice to give me some hot water and they 'fixed' it but still it was cold. The wifi worked for a few hours after I arrived then went down for the night. Yes the rooms are very nice and have a tv and comfortable bed and a nice view, but again without hot water whats the point? The smoke detector in the rooms send out a high pitched bleep once or twice per minute, how do you sleep through that? I took the battery out of mine! I moved to another hotel after just 1 night, my intention was to stay 3 nights here. How disapointing, a nice hotel in the center of Machachi that doesn't work properly. Take it or leave it. I can't recommend this hotel for those reasons.
Ecuador Travel Blog | Photos of Ecuador | Festivals in Ecuador | South America Videos 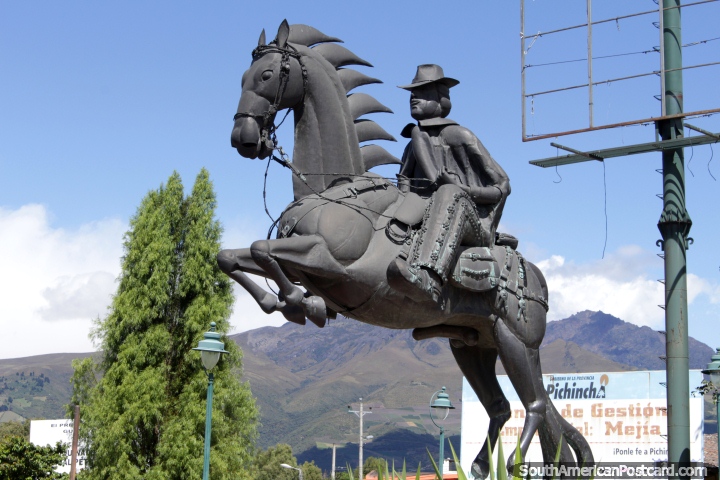