Great aerial pose, boy jumping from a canoe into the water at the Esmeraldas River.

Brothers peek up from behind their wooden canoe at Esmeraldas River.

I was excited to arrive in San Lorenzo on the most northern part of the Ecuadorian coast, just some 20kms south of the Colombian border. This would begin my travels down the coast all the way to Montanita. San Lorenzo is an old port city and isn't exactly flash, tourism is reasonably undeveloped, however, you can hire a boat to take you out to see the local mangroves, deserted beaches and some wildlife. Cayapas Ecological Reserve is near but to get there you must go to Borbon which is on the road south to Esmeraldas. I arrived in San Lorenzo from Ibarra (inland) which takes 4hrs by bus including a 30 minute meal stop. From San Lorenzo it's 3hrs 15mins by bus south to Esmeraldas.

The best part of San Lorenzo itself is down at the port and wharf area in the afternoon. Take a taxi for $1USD from the center, it's a very short distance. The wharf is where you'll see the local youth having huge fun jumping from the old wooden boards into the water below while performing all kinds of acrobatic tricks. It is kind of like being the first toursit to ever visit the town with all the excitment and frenzy surrounding you and your camera. Very friendly locals indeed! The port is also the place to organise a boat tour, have a meal and to shoot a game of pool!

Early in the morning at 7am I headed back to the port where I found a man with a boat who would take me out for a trip to see the local mangroves around San Lorenzo. This sightseeing expedition would be for the duration of around 90mins for $40USD, along the way seeing various birds like pelicans and storks, communities with wooden houses on stilts beside the water, mangroves of course and a stop at a deserted beach under the control of thousands of large orange crabs. It wasn't overly mind-blowing but it was nice to get out on a boat, into the breeze, see a little nature and walk around.

Traveling 3hrs 15mins by bus south to Esmeraldas from San Lorenzo is definitely a change of scene. From small town to big busy city! In the late afternoon, similar to San Lorenzo I headed to the water in Esmeraldas, this time to the river. Same deal, kids having fun in the water, this time 3 young brothers putting on a great show for me and my camera. I gave them each $1USD afterwards which they were very excited about, you can buy 4 ice-creams for $1USD in Ecuador!

Esmeraldas is a city that marches to the beat of Afro-Ecuadorian rhythms performed with the marimba and percussion. There are a couple of museums - Museo Carlos Mercado Casa de La Cultura Ecuatoriana and Museo Regional de Arqueologia. The central park / square - Parque Central 20 de Marzo is the only nice place I found in the center. The market area has lots of fish and fruit for sale and Esmeraldas does have a beach - Playa de las Palmas. However, I didn't find the city of Esmeraldas itself very appealing and looked forward to moving on.

From Esmeraldas it's just 45 minutes south to Atacames Beach, fantastic!

San Lorenzo on the northern tip of Ecuador where the local youth love to jump into the sea from the old wharf at the port. Esmeraldas, where down by the river you'll find these brothers having fun in the water! #Travel #Ecuador #people https://t.co/eswhj9e8Xf pic.twitter.com/kDQ2UUAhzg

Traveling by bus 176kms to the coast of Ecuador to San Lorenzo. They say it takes 4hrs or so. I believe San Lorenzo has a large African community and culture. The southern border of Colombia is to the north! #Travel #Ecuador #coast https://t.co/jcPK7K0Sef pic.twitter.com/JVD9YOs27M


View all photos in the San Lorenzo & Esmeraldas Photoset

Hotel Stefany, Esmeraldas, Ecuador (September 2018 - 1 night) - Hotel Stefany is located in the center of the city in Esmeraldas for $20 per night for 2 people. The room had a private bathroom and a window opening out to the road. Wifi and tv were also in the room. Just one of several options of accommodation in the city.

Hostal Estefania, San Lorenzo, Ecuador (September 2018 - 1 night) - In San Lorenzo the cheaper hotels ore located on the street behind the main street as is Hostal Estefania. $15 for a room for 2 people with private bathroom, wifi and tv. Close to shops and restaurants in the middle section of town. There are several other hotel options on this street nearby, your guess is as good as mine.
Ecuador Travel Blog | Photos of Ecuador | Festivals in Ecuador | South America Videos 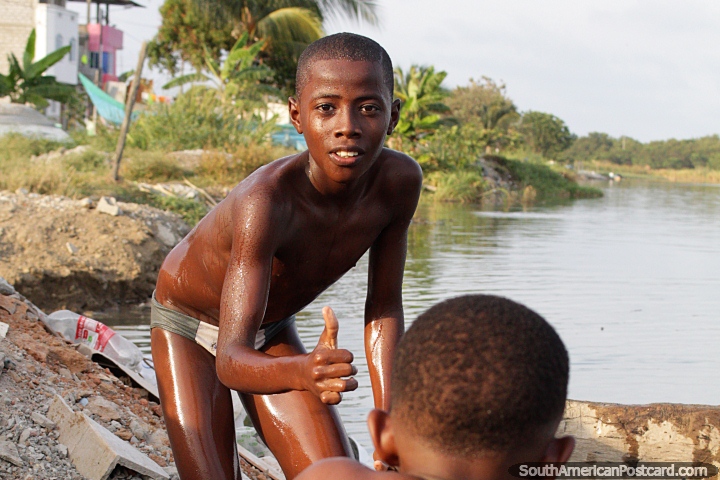