Puyo, Ecuador - Things To Do In The Jungle Region

Orange and black butterflies, the outdoors at Omaere botanical park in Puyo. 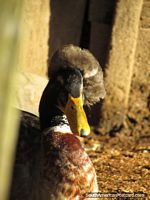 Duck with afro hairstyle at Parque Real in Puyo.

Red pods of some kind at the Omaere botanical park in Puyo.

None other than a huge green leaf with a nice pattern at Omaere botanical garden in Puyo.
Map location: Puyo, Ecuador

Twice now in Puyo, first time I travelled by bus 78kms to Puyo from Tena, it takes 2hrs 30mins. The second time coming up from Macas (2hrs 45mins). Generally you find in Ecuador for bus travel it takes around 3hrs per 100km. Puyo is a hot and humid jungle town where the temperature ranges from 17-24 degrees, the altitude is 950m above sea level. The town has 3 principle rivers, Rivers Pastaza, Puyo and Bobonaza and a range of native cultures - Kichwa, Andoa, Sapara, Shuar, Achuar, Shiwiar and Waorani. In the center of the city there are several cheap hotels and budget accommodations across the road from the indoor markets.

Parque Real is a place to see exotic birds and other animals. There are monkeys, many types of pigeons, chickens and ducks, an emu, peacocks, orange flamingos, parrots and budgies, a macaw, parakeets and tortoises.

In the city center is the museum Museo Etnologico Arqueologico, it's a single floor displaying all kinds of stuff including pottery, a Maripsario - dead butterflies and spiders in cases, some taxidermy animals - fox, iguana, huge crab and snake. They also have several life-size jungle huts completely kitted-out with the accessories used for living - baskets, cooking tools, hammocks, animal skins. It's worth a visit and doesn't take too long.

Puyo was founded by Fray Alvaro Valladares (1869-1937) on the 12 of May 1899, he was born in Latacunga and died in Banos. There is a monument of him beside the river on the tourist walking area called Paseo Turistico Rio Puyo, close to Etnobotanico Omaere. It's a nice park area with a lookout tower with great views of the jungle, river and city in the distance. In the park there is a special monument of 7 indigenous woman, Mujer Zapara, Mujer Waodani, Mujer Andoa, Mujer Achuar, Mujer Shiwiar, Mujer Kichwa and Mujer Shuar.

Between Puyo and Macas

I left Puyo and got out at the road to Pomona. I thought I would go check out the mirador. A bus finally came along and I travelled about 30mins to Pomona. By the time I got to Pomona I was wondering what I was doing here, it is really remote and there's just a village. Some kids were curious about me and a few people asked what I was doing there. I told them I came to see views of the jungle, which are actually pretty good. Pomona has the River Jamdiayacu 5mins away, a little school and stadium, a small blue church with a hand-bell and a few colorful flowers. At least I can say I have been to Pomona! I hitched a ride back to the main road with the guy who delivers gas bottles to the locals and waited and waited for a bus to Macas. 2 buses went by. I flagged them down but they didn't stop, they were full.

Hitched a Ride to Macas

After visiting Pomona and after waiting an hour and a half for a bus I hitched a ride in a car to Macas, it takes 3hrs 15mins. The road is paved and in good condition. I don't usually hitch rides in cars but had no choice on this occasion, it was fine.

The malecon beside the river in Puyo Ecuador with the monument of 7 indigenous women. Puyo has some good things to do & see like botanical gardens, animal parks & a water park. Puyo is 60kms downhill from Bańos. #Travel #TravelTuesday #Ecuador https://t.co/jcPK7K0Sef pic.twitter.com/5Yeq18yQkw


View all photos in the Puyo Photoset

Hotel San Luis, Puyo, Ecuador (October 2018 - 1 night) - $20 pays for a nice room across the road from the bus terminal in Puyo, the top floor in fact. Private bathroom, wifi, tv etc. Very comfortable indeed with a window that opens out. Just as convenient or even more so than the central hotels to the main attractions around Puyo! Recommennded. 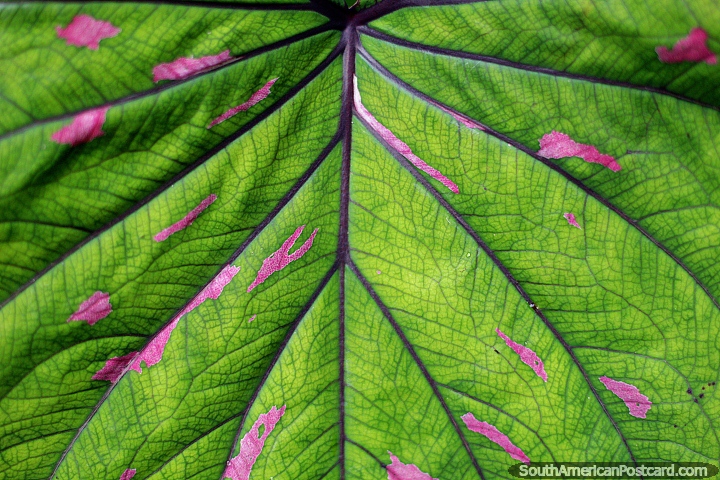