Quito to Tulcan, Ecuador - A Direct Bus Can Be Hard To Find 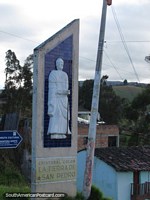 Monument of Cristobal Colon (Christopher Columbus) in a town named after him. 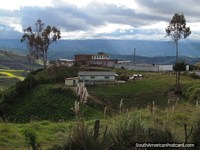 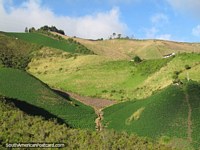 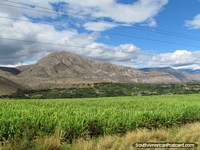 In Ecuador there is no such thing as a direct bus, not really, the odd one maybe, but generally they stop here, there and everywhere between the places they travel through. This makes traveling in Ecuador a lot of fun and you see more than you normally would.

5hrs by Bus Quito to Tulcan

The bus from Quito directly up to Tulcan (including stops) takes 5hrs. I have seen many of the places between Quito and Tulcan on my various travels in Ecuador including Otavalo, Mitad del Mundo, Montufar, Ibarra, Cayambe and Quito Zoo in Guayllabamba, it's a beautiful part of the country. When I travelled from Quito up to Tulcan semi-direct in mid-2012 I took many photos out of the bus. Something I love to do.

About 65kms north of Quito, 8kms south / west of Cayambe are the Cochasqui Pyramids. I haven't been. I just saw the sign, but here is a website about them. At this location distances further north are: Otavalo 16kms, Ibarra 40kms, Tulcan 163kms and the border Rumichaca 175kms. Between Cayambe and Otavalo the terrain opens out into some nice countryside, pastures and rolling hills. There are many trees and a few wood yards with stacks of logs and planks. The bus passed straight through Otavalo to Ibarra.

North between Ibarra and Hacienda Carpuela is some of the most dramatic rocky terrains on this journey, the road climbs up into the hills for great views down to the green valleys. I believe Carpuela has a carnival, "the carnival of colors". Around Carchi the road winds up the rocky hills for about half an hour before we head in the direction of San Gabriel and Montufar.

There is a fantastic monument on this leg, a huge mammoth and cavemen with clubs behind it fighting a saber-toothed tiger. There are a few other statues and monuments to watch out for around here also.

5mins from Montufar is a small town called Cristobal Colon (Christopher Columbus). It's centered around a big church and has green pastures all around. Just 5mins from here is a place called Santa Martha de Cuba, there is a waterfall, forest and panoramic views as well as biking and hiking activities. This is beautiful countryside indeed. We now passed through a small town called Huaca with its shabby park full of model butterflies and up to Julio Andrade which from an obscured view looked like it has an attractive orange pink church. It was only another 20 or so minutes from here up to Tulcan through some amazing hilly green landscapes as the sun began to go down.

Ready for the Border Crossing

I was now in Tulcan for the third time and crossed the border into Colombia the next day.


View all photos in the Quito to Tulcan Photoset 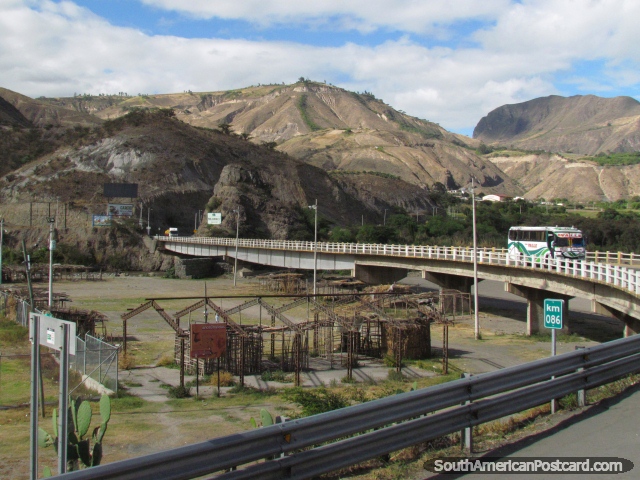