Santa Fe, Argentina - Do You Know The Way To Santa Fe?

Statue and facade of a church in the historical area of Santa Fe, sculpted stonework.

The corner and dome of the College of the Immaculate Conception in Santa Fe.

Who said antique building facades had to be white or grey or pale, colorful shop in Santa Fe.
Map location: Santa Fe, Argentina

I Once Heard a Song

I had heard the famous song called 'Do You Know the Way to Santa Fe' sung by Dionne Warwick when I was a child, at least that's what I thought it was called. When I was in Argentina again in 2012, I decided to visit Santa Fe. I vaguely remembered the melody but not really the words to this song, only the part that goes 'do you know the way to Santa Fe, wo, wo, wo, wo, wo...'. Santa Fe sounded like a wonderful place to visit! Santa Fe is 2hrs 20mins north of Rosario, but when I arrived it was nothing like I had envisioned. Not that there is anything wrong with the place. In 2019 I actually visited Santa Fe once again, this time arriving from Cordoba by bus (6hrs 30mins).

I Need to Hear the Song Again

I thought it would now be a good time to look up the song on YouTube and have a listen. I quickly discovered that the song is actually called 'Do You Know the Way to San Jose'! My girlfriend laughed and thought I was crazy for basing a visit to a place on a song I had heard when I was a child. I thought it was pretty funny too, but anyway that's where we were so we stayed the night and had a look around!

The church Basilica Nuestra Senora del Carmen was finished in 1893, it is in the center of town near the pedestrian walkway through the shopping area. Santa Fe has its share of historic buildings but many are now banks, one that is not a bank is the Ministry of Security building beside Plaza 25 de Mayo. Interesting historic buildings are scattered all around the city, look around and you will find many great facades. The plazas central monument is that of independence leader Jose de San Martin (1778-1850). The firemen of Santa Fe also have a monument placed in the plaza in their honour as well as Dr. Alfredo Nogueras from the people of Tartagal in northern Argentina. Across the road from the plaza is a derelict church called La Catedral Nueva, it looked like something you would find at the Acropolis of Athens Greece. Behind is another church called Sagrado Corazon de Jesus near to the National College of Simon de Iriondo (1836-1883), he was twice the governor of Santa Fe province. A few blocks away is a plaza called Plaza Soldado Argentino, nothing too amazing, there's an old cannon, a sundial, a fountain and a mural.

Walking in the direction of the port. Plazoleta Blandengues has a monument to Eva 'Evita' Peron and a fountain. Very close by is another plaza called Plazoleta Prefectura Naval Argentina with a bronze work of Luis Gerbino - I think an Italian author. Another plaza very close to the port is Plaza Cristobal Colon, much larger than the others with a big fountain / water feature. The main monument is of Dr. Rodolfo Freyre (1862-1919) - Governor of Santa Fe (1902-1906) and of course there is also one to Cristobal Colon. Plazoleta Suiza next to it is much smaller. Another monument is of Dr. Aldo Emilio Tessio (1909-2000) - Governor of the Santa Fe Province (1963-1966). Across the road to Puerto de Santa Fe, Santa Fe's port on the Rio Parana. There is a museum and a few things to see down here.

From Santa Fe across the river to the city of Parana was my next destination, it's an hour away, there is a tunnel linking the 2 cities called The Subfluvial Tunnel.


View all photos in the Santa Fe Photoset

Hotel Bertaina, Santa Fe, Argentina (November 2019 - 1 night) - A good place to stay located not far from the Santa Fe bus terminal. A good price at $22USD per night and includes breakfast. I had a room with 3 single beds in it, a private bathroom, tv and wifi. The breakfast is much better than where I had stayed in Cordoba the night before. The man at the front desk is friendly and helpful. Recommended for budget or other travelers. 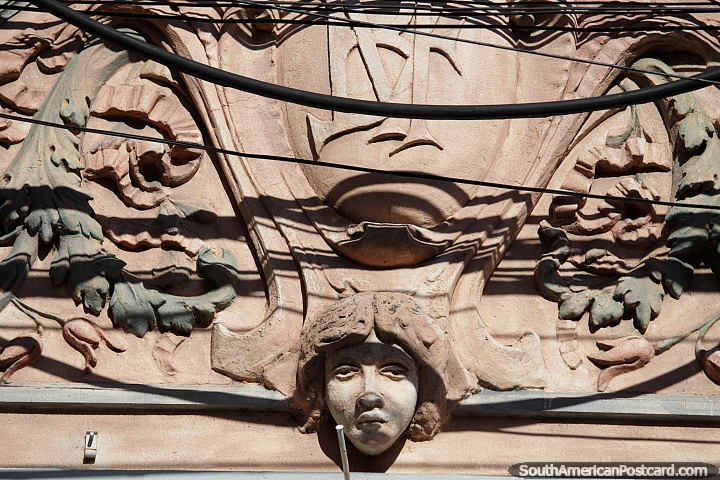