Salto, Uruguay - Things To Do Including Museums & Thermal Pools

Jose Artigas (1764-1850) on horseback and the cathedral behind at Plaza Artigas in Salto.

Antique Victor gramophone on display at the museum of man and technology in Salto.

In 1808 African slaves were brought by ship, 2 wooden figures at the museum of man and technology in Salto.

Entering Uruguay at Salto from Concordia in Argentina offers the opportunity to travel through the river cities southward on your way to Colonia del Sacramento or Montevideo, these cities being Paysandu, Mercedes, Fray Bentos and Carmelo. In the city there are a couple of museums worth visiting and a couple of large plazas with churches too. The main street has nice shops, cafes and restaurants. I've been in Salto twice now, the first time I came up from Colonia. The 2nd time I arrived after traveling 5hrs by bus from Parana to Concordia in Argentina.

The border crossing from Concordia in Argentina across the Uruguay River to Salto can take around an hour if you come by bus. That's because the bus is thoroughly searched by customs officials at the border. The luggage is removed and the interior of the bus is searched by several people, they may get you to open up your backpack too. This is normal of course, but I'm just saying how it is.

At each end of the main street in Salto, 6 blocks apart are the 2 main plazas in the city. Plaza Artigas where the cathedral is located and Plaza de los 33 Orientales where another big church is located (Iglesia Nuestra Senora del Carmen) as well as government buildings. Close to each plaza is one of Salto's 2 principal museums. Just half a block down the main street from Plaza Artigas is the Fine Arts Museum (Museo de Bellas Artes y Artes Decorativas 'Maria Irene Olarreaga Gallino') featuring plaster cast statues, oil on canvas paintings and bronzeworks. The building housing the museum is quite antique and adds to the artyness with its antique wooden stairs, old furniture and chandeliers. The other principal museum in Salto, Museum of Man and Technology (Museo del Hombre y la Tecnologia) is located 1 and a half blocks from Plaza de los 33 Orientales. This museum created in 1980 has many displays including the history of slavery, mate tea production, old tools, bottle-filling machines, gramophones, dolls, paintings and much more. Down at the river near the port is another museum in Salto - The Uruguay River Historical Museum (Museo Historico del Rio Uruguay).

Other Attractions in Salto

Salto has 2 aquatic parks (Acuamania and Parque Aquatico), thermal parks (Arapey and Salto Grande) and hot springs (Dayman). There is also a zoo, golfing and fishing.


View all photos in the Salto Photoset

Tia Hotel, Salto, Uruguay (April 2016 - 1 night, November 2019 - 1 night) - I really enjoyed my brief 1 night stay at this hotel! It was a good deal at $27USD per night because the room and bed was really nice. Of course there was tv and wifi also. Located in the central city close to shops, restaurants and the plaza. Helpful staff. I stayed here a 2nd time when I was again in Salto and yes the room is big and spacious and has a fridge. Cost: $21USD. Recommended!
Uruguay Travel Blog | Photos of Uruguay | Festivals in Uruguay | South America Videos 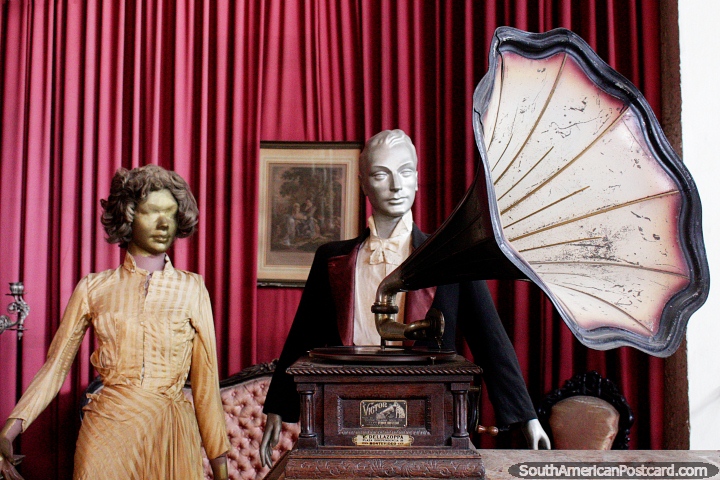