Religious ceramic and metal works on display at Mazzoni Museum in Maldonado.

I have visited Maldonado twice now, the first time just for a few hours while staying in nearby Punta del Este. The 2nd time I arrived by bus from Piriapolis (20mins) and stayed for 3 nights because the accommodation in Maldonado is cheaper than in both Punta del Este and Piriapolis. This time I visited Punta del Este from Maldonado! You can spend a day in Maldonado to see the sights of the historical circuit in the city.

Pink Buildings At The Plaza

At the main square Plaza de San Fernando de Maldonado there are several sights to see around this area. The most eye-catching is the pink neoclassical cathedral built during the 1800's. The plaza is large and is surrounded by mainly shops and restaurants. A statue of General Artigas stands in the middle. 2 other historic buildings around the plaza are also pink - the police station and Paseo de San Fernando.

Probably the top highlight in Maldonado is (or should be if they had more to see and opened up the rooms) the Dragons Barracks (Cuartel de Dragones) - an old military fort right across the road from the main plaza built in the late 1700's. Here you can see stone buildings including the chapel, the foundations of other buildings, the military hospital, the plaza, cannon, statue and an old horse-pulled cart. There is also a museum onsite - Museo Didactico Artiguista.

In a restaurant on the wall was a painting of something that looked important, a local relic. I asked someone where it was and walked a few blocks to the Plaza del Vigia to see the Torre del Vigia, the watchtower built in 1801 to watch for ships coming from the Rio de la Plata. There is a cannon on the grass nearby.

Museo Mazzoni is open Tuesday to Saturday from 10am until 4:45pm. This is the former house of Professor R. Francisco Mazzoni (1883-1978) who dedicated his life to preserving the regions past. He was a writer, musician, potter, inventor, teacher and journalist. Inside the museum are items such as an antique piano and furniture, ceramic works, the antique bedroom, old black and white photos, clocks, art and sculpted figures. When Mazzoni died, he donated the house and all his collections to the state.

Maldonado is full of shops of all kind, it is definitely a place to go shopping and cheaper than Punta del Este. Maldonado is also known for its museums including the Sea Museum (Museo del Mar), the Museum of American Art (Museo de Arte Americano), Museo Nicolas Garcia Uriburu and Museo Mazzoni. So, if you are in Punta del Este or Piriapolis and it's not beach weather, you can always come to Maldonado and tour around the museums of the city. Enjoy!


View all photos in the Maldonado Photoset

Hotel 25 de Mayo, Maldonado, Uruguay (November 2019 - 3 nights) - Staying at this particular hotel in Maldonado is a fantastic way to save money by not staying in Punta del Este or Piriapolis! Hotel 25 de Mayo is great for the budget traveler and costs 3 times less than the hotel on the plaza corner. Just 1 block away from the central plaza, it is great value at $19USD. A private room with bathroom, tv and wifi. A relaxed atmosphere and reception area. I stayed for 3 nights and visited Punta del Este from here. Recommended!
Uruguay Travel Blog | Photos of Uruguay | Festivals in Uruguay | South America Videos 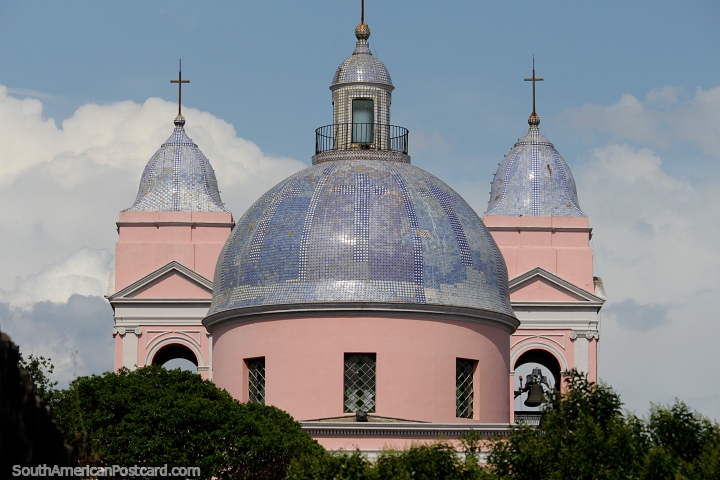