North to Chuy from Punta del Diablo takes just 1hr by bus. The 2nd time in Chuy I was just passing through on a bus on my way to Treinta y Tres. The first time I was on my way up to southern Brazil but first I really wanted to see the San Miguel Fort 7kms west of town (Fuerte San Miguel). I was thinking twice several times about even going as it was raining hard. I went to a shop and bought an umbrella. A taxi took me there, it didn't take too long, he dropped me off and left. Standing with my backpack on and my camera around my neck I found a way to put my umbrella sort of halfway down the front of jacket to hold it in place. Shame nobody mentioned the fort was not actually open, anyhow I was here and determined to have a quick look around. I could see a few things through the gate and of course the outside.

The fort was built between 1734 and 1737. From the moat and wooden drawbridge through the gate I could see the church (Capilla) and to the right, the kitchen (Cocina). In the front grassy area sits a black cannon with cannon balls sitting in front. At various points around the outside of the fort cannon sit at the top of the stone walls. The fort has dome lookout points on the corners that look out to the surrounding grassy and rocky area at the top of the hill. After 20mins of walking around getting half drenched I found my way back down to the road and waited for a taxi or bus to come by.

Still raining once I got back to Chuy I asked where the buses to Brazil left from. The terminal is near the main street for buses across the border to La Victoria. I presumed the Uruguyan passport control was on this route before we crossed into Brazil but I was wrong. I took the bus to the border but there was only the Brazilian passport control here. I had to go all the way back (2-3kms) to Chuy and taxi some distance to another place to get my exit stamp for Uruguay, what a hassle. Anyway I did that, then went back to the bus terminal in Chuy that I was at before and got another bus up to Brazilian border control and then continued to La Victoria, talk about drama. The bus from Chuy to La Victoria in Brazil takes 25mins and from here I took another bus north 3hrs 30mins to Rio Grande.

If you are heading south from Chuy make sure you stop at the fort - Fortaleza de Santa Teresa near Punta del Diablo.


View all photos in the Chuy Photoset 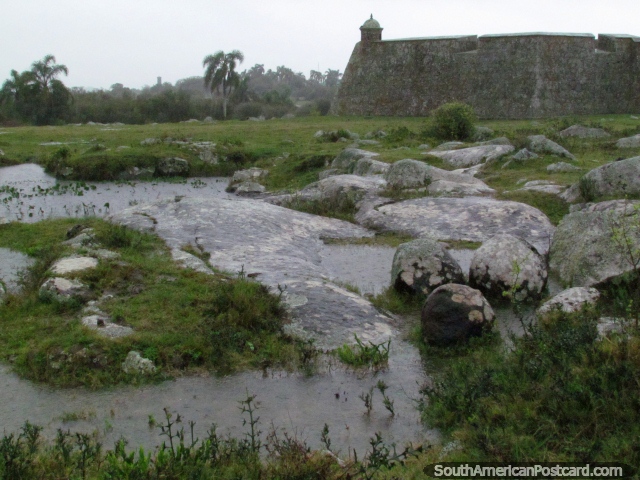