Man fishing from a large boulder at Punta del Diablo, the sea is choppy.

Devil's Point known in Uruguay as Punta del Diablo is not as scary as it sounds, in fact it's a very laid back place as long as you are not here in peak season (December to February) when this small fishing and resort town is populated by about half of Uruguay, Brazil and Argentina. November is a good time to visit Punta del Diablo, while it is peaceful and quiet and accommodation is easier to find closer to the beach. There is a lot to enjoy in and around Punta del Diablo including Santa Teresa National Park and of course miles and miles of beaches in each direction of the town itself. Punta del Diablo is easily accessible by bus from Rocha, Punta del Este, Maldonado, Chuy and Montevideo.

The beach in Punta del Diablo in front of the town is called Playa de los Pescadores (Fisherman's Beach), the next beach closeby to the north is called Playa del Rivero and to the south is Playa de la Viuda. On the point at Playa de los Pescadores is a boulder city and the lighthouse monument of Jose Artigas in memorial to freedom from Spanish rule. It's a fun place to explore at the end of the day at sundown. Punta del Diablo has many restaurants and bars all around the town and in front of the beach and also an arts and crafts fair called the Feria de Artesanos. Enjoy horse riding, surfing, dune boarding, sunbathing, swimming and relaxing!

Santa Teresa National Park is a highlight in this part of Uruguay and has an old military fort by the same name which is open from 10am-6pm. Be aware that the park entrance and the fort entrance are 2 different places some kilometers apart. Take a bus from Punta del Diablo to the fort entrance rather than the park entrance. I was dropped off at the park entrance and had to walk 7kms to get to the fort. There are things to see along the way but with cars passing by and the hot sun beating down, there were moments when I was slightly stressed. You can walk north along the beaches for around 8kms to get to the fort from Punta del Diablo. It's better if you have a car to drive around Santa Teresa National Park actually, most people do this. The main beaches at the park are Playa de la Moza, Playa de las Achiras, Playa del Barco and Playa Grande.

The Fortress of Santa Teresa was built by the Portuguese in 1762 after they abandoned San Miguel Fort in Maldonado. It was taken by the Spanish in 1793. The fort was rediscovered in 1918 and personally visited by the president in 1919. The fort was in bad shape, crumbling and turning to dust. A restoration project was proposed and began in 1929. Everything from the church to the walls and bastions has been restored and there are rooms like the kitchen and bedroom to view as well as miniature models of several other forts including Fuerte San Jose and Fortaleza Santa Teresa itself. Entrance fee to Santa Teresa fort is $50 pesos ($1.25USD).


View all photos in the Punta del Diablo Photoset

Cabañas Martha and Walter, Punta del Diablo, Uruguay (November 2019 - 2 nights) - Accommodation in Punta del Diablo is not cheap unless you stay in a hostel. Expect to pay at least $40USD per night for a nice cabaña for example, like I did. With master bedroom and bunk beds in the lounge area, there is room for 4 people. Bathroom, kitchen, fridge, tv and wifi. Located not far from the beach and close to shops. I'm not sure if the price changes if there are more people however. I would book early for your accommodation in Punta del Diablo if it is peak season, wherever you decide to stay!

Hostel La Boyita, Punta del Diablo, Uruguay (September 2013 - 1 night) - I arrived late at night, slept in a nice dorm, which was more like a small house that had a kitchen and bathroom. I left very early the next morning because of bad weather. I didn't see Punta del Diablo at all. The hostel is near the beach.
Uruguay Travel Blog | Photos of Uruguay | Festivals in Uruguay | South America Videos 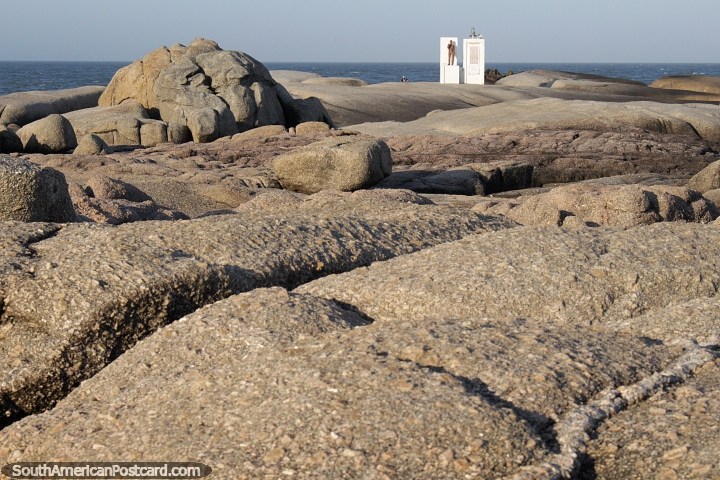