Piriapolis, Uruguay - Beach Resort Town With Many Things To Do & Enjoy

Hotel Colon in Piriapolis, one of several eye-catching buildings in town.

Chairlift up Cerro San Antonio (hill), for spectacular panoramic views of the whole area in Piriapolis.

Piriapolis is a beautiful beach and resort town backed by lush green hills and an easy day trip from Montevideo (100kms). Piriapolis is for certain a fantastic place to come and relax, enjoy water sports like jet skiing and kayaking, do hiking, horse riding, camping and sport fishing. The beautiful white sands and clean waters stretch for 25kms along the coastline. Piriapolis was founded in 1890 and has some special buildings to see along the waterfront and around town.

Some of the most distinctive buildings in Piriapolis are notably the huge Hotel Argentino on the main street in front of the beach (built from 1920-1930). It was once the largest hotel in South America! Beside Hotel Argentino is Colonia Escolar de Vacaciones (1905) which was originally Hotel Piriapolis. At the other end of the main beach is Hotel Colon (1910) with it's combination of medieval and French Renaissance styles, a real eye-catcher!

Walk from the main beach and town in Piriapolis towards the yacht port and take the chairlift up Cerro San Antonio (hill) for spectacular panoramic views of the whole area - the beaches and ocean, the town, the houses scattered around the hills and the distant horizon and farmlands. There are shops to buy drinks and food as well as toilets at the top.

Other attractions in Piriapolis include Francisco Piria Castle (1897) where the founder and visionary of Piriapolis lived - Francisco Piria (1847-1933). The castle has exhibits and tours and is located 5kms back from the town along Av. Jose Gervasio Artigas. Piriapolis has a waterfall park (Parque Municipal La Cascada), nature reserve / ecological park (Reserva de Flora y Fauna del Pan de Azucar), the Fountain of the Bull (Fuente del Toro) at the entrance to Cerro del Toro and a railway museum.

Many of the hotels in Piriapolis are located along the main street (Rambla de los Argentinos) in front of the beach and have prices that reflect this. After arriving in the morning by bus from Montevideo. I left my backpack in the bus terminal to be looked after, spent the day in Piriapolis and caught a bus to Maldonado (20mins) at days end to sleep there at half the price of the accommodation in Piriapolis.


View all photos in the Piriapolis Photoset 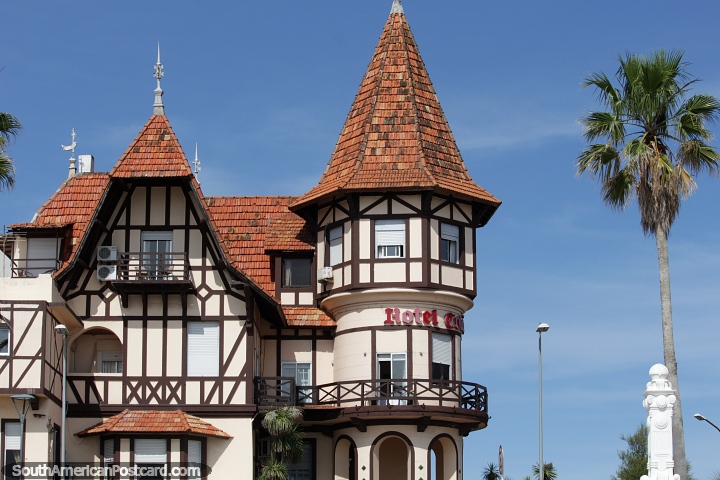