Large swan looking for food, Puerto Natales has a large community of swans around the port.

Yellow and blue boat in the waters with huge mountains in the distance in Puerto Natales.

Hunting seals for food by the indigenous people, mural by Eladio Godoy Vera in Puerto Natales.

After 6 weeks on the road in southern Chile and Argentina I arrived in Puerto Natales from El Calafate by bus (5hrs) where I had flown to from Ushuaia. I was looking forward to spending several days resting, seeing the city and of course going on a tour to Torres del Paine National Park! Walking from the bus terminal down to the city center takes 15mins. I was lucky to find an economical private room after looking for nearly an hour, see review below.

The main features of Puerto Natales are the views of the water and snow-capped mountains, the old burnt down pier (wharf, jetty), the dozens of swans around the port, wooden fishing boats, the monuments along the waterfront and the many street murals you see all over town painted by local artist Eladio Godoy Vera! The Plaza de Armas is large, has a fountain and lots of trees, grass and shade. The most important buildings are located here, they being: the Municipalidad (government building) built in 1929, inaugurated in 1933. Beside it is the church - Parroquia Maria Auxiliadora.

Many of the tour offices in Puerto Natales are located around the plaza and the streets surrounding it. Sights to see in the area around the city are many. You actually see most of these by doing a tour of Torres del Paine. These sights include: Villa Cerro Castillo, Sarmiento Lake, wildlife such as Guanacos, Amarga Lagoon, Paine Waterfall, Salto Grande, Pehoe Lake, Grey Lake (glacier), Toro Lake and the Milodon Caves. Some of these places can be reached in a day trip by car or bicycle from Puerto Natales such as the Milodon Caves. Other tours from Puerto Natales include climbing to the base of the towers (torres) at Torres del Paine and also a full day tour to Perito Moreno Glacier in Argentina.

Local artist of Puerto Natales Eladio Godoy Vera's work is in the streets all around town. Born in 1975, he has studied oil painting, acrylic painting and muralism! Eladio has received distinction for his contribution to culture in Puerto Natales and has since ventured into authorship and helped create the cultural magazine 'El Keltehue'. You can find some of Eladio's work on Avenida Santiago Bueras (ethnic murals) and at the Stadium Victor Borquez Miranda (sports murals).

Puerto Natales has some nice restaurants and is known for good food but I found all of it to be overpriced, as in, you pay a lot and don't get much on your plate. Often you get mashed potato with meals here but it's nearly always instant mash. I found the prices of food in Puerto Natales to be the most expensive in Chile and South America actually! I ended up eating a lunch and dinner of hotdogs and french fries most days at a place called La Repizza at 284 Blanco Encalada (street) 1 block from the plaza. Did I mention that Hospedaje Gloria where I stayed serves a mighty good breakfast? Of course if you stay in a hostel they have kitchens where you can cook but the food at the supermarket isn't that cheap either!

From Puerto Natales it takes 3hrs by bus to get back to Punta Arenas for further travel or flights up to Puerto Montt and Santiago.

And on a brighter note, #sunset tonight in Puerto Natales, goodnight. I have a bus 3hrs back to Punta Arenas tomorrow, flight to Santiago on Tuesday & flight up to Lima Peru on Wednesday where I'll work on the photos & stories from this 6 week trip to #Chile & Argentina! #Travel pic.twitter.com/zsfAmBmqm8

Puerto Natales restaurants offer the worst value for money I've seen in South America. $9usd for this salad, although delicious I had too spend another $7 on chocolate so I don't go hungry tonight. All #restaurants here have #bad #value for money, there's no reason for it. #food pic.twitter.com/eeQvYfB5lG

Puerto Natales, I try to avoid hostel dorms, not my thing anymore. Tried a hostel for a private room, they wanted $52usd, no thanks. Asked 2 more hostels but only dorms available, they said there are no economic private rooms in city. But I found you $23 I'll give address later! pic.twitter.com/nML5wFj9J2


View all photos in the Puerto Natales Photoset 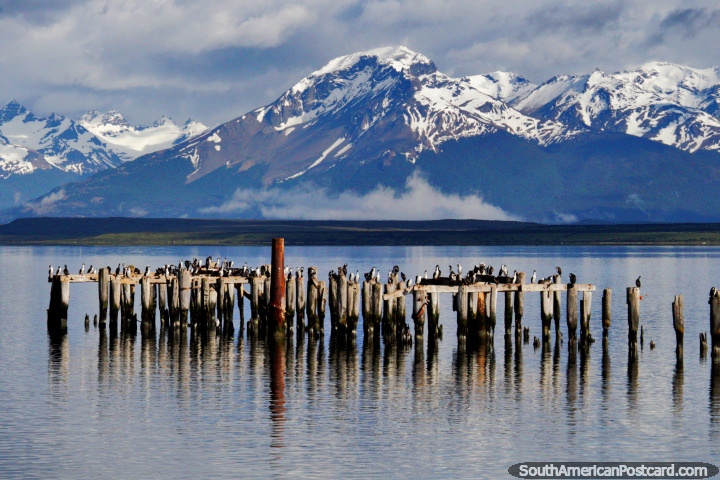