Mini-market below and a house on top, red roof, mountains behind, Cochrane.

The church in Cochrane - Parroquia San Jose Obrero, an octagon with 8 sides.

Beautiful trees are a feature in Cochrane, they are everywhere you look!

The Town and Around

Cochrane is a charming little town in itself, a very laid-back place, peaceful and quiet (in October at least). Sights of note include the pineapple house, the river, plaza, church and belltower, the old train, views from the mirador (Mirador of the Cross), tulip gardens, views of snow-capped mountains and the beautiful tree-lined streets around the center of town. The real attraction around Cochrane is the Tamango National Reserve and Lake Cochrane for fishing. Tamango National Reserve is of course a place to go hiking, enjoy nature, see flora and fauna (huemul deer), have a river excursion and enjoy the terrain and geography of the area. Tamango National Reserve is located 6kms north-west of Cochrane and of course summertime is the best time to visit! From Cochrane southward runs the Pedregoso River towards Calluqueo to Refugio Cerro Condor (Lodge). This is where you can see Calluqueo Glacier and Cerro San Lorenzo (mountain). Inquire about tours. Running east from town is the Cochrane River where about 1.5kms along is a popular camping site called Camping Aquasol and around another 1.5kms along are Cabañas Patagonino and Cabañas Brellenthin at the edge of Tamango National Reserve. Here are some photos from the area around the cabañas! One word of warning are the biting flies called 'Tabanos' (a large horse fly) which can get up to 2cms in size and like to feed on human and animal blood!

The Road Gets Tiresome

For me Cochrane was the end of the road in terms of how far south I wanted to keep going on the Carretera Austral (Route 7) this time. A number of reasons why and they were that, in all honesty this road gets tiresome - unsealed and bumpy. I felt I was heading down a funnel that I couldn't get out of - irregular and sparse bus services. I considered heading south-west from Cochrane to Tortel to take a ferry further south to Puerto Natales but when I saw the price is 6x more for a foriegner than for a local I couldn't help feeling a little taken advantage of. I'm sure locals are subsidised by the government but to me it doesn't look good on paper seeing the price difference! The weather wasn't going to be great for a ferry ride those days anyway. Really, I was itching to cut to the chase in my travels of southern Chile and Argentina and get to the far south - down to Punta Arenas, Torres del Paine, Puerto Natales, Puerto Natales">Tierra del Fuego and Ushuaia! I came to the conclusion after traveling on the Carretera Austral from Futaleufu to Cochrane in buses that I will do it again one day but in a car so that I can stop where and whenever I like so as to get the most out of it. That folks, is my best advice - get 2, 3 or 4 people together, hire a car and do the famous Route 7 Carretera Austral in a car! From Cochrane I headed back up north by bus to Coyhaique (7hrs) and from there west 90mins to Puerto Chacabuco for a ferry to Quellon on Chiloe Island. My plan was to fly south to Punta Arenas from Puerto Montt after visiting Castro on Chiloe Island.

Wow a fireplace in the bus terminal in Cochrane, never seen that before! It's 2 degrees here! pic.twitter.com/1W8RBaHGun


View all photos in the Cochrane Photoset

Residencial Cero a Cero, Cochrane, Chile (October 2017 - 2 nights) - I didn't get the feeling of absolute welcomeness here, more uncomfortableness. The woman was nice but the man was not. Don't ask either of them for a towel to use, you won't get one, I used a t-shirt. Breakfast included in the price each morning was good. Shared bathroom was OK but the man huffed and puffed when I asked him to turn on the hot water. Located a block or 2 from the center of town. Take it or leave it for $13000 pesos ($20USD).
Chile Travel Blog | Photos of Chile | Festivals in Chile | South America Videos 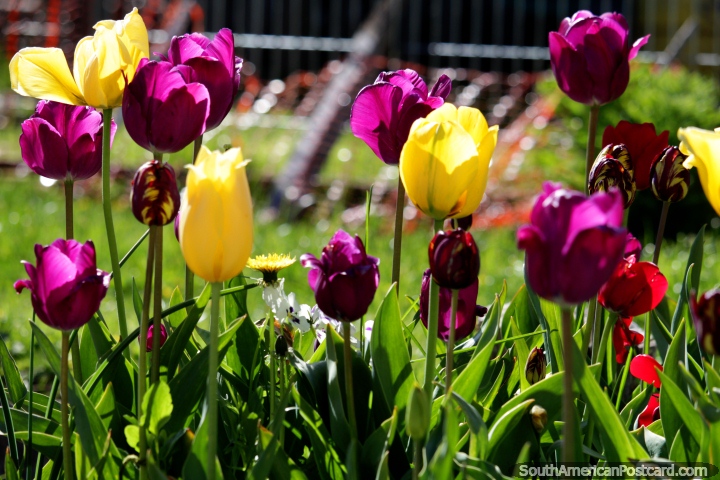