Puerto Chacabuco to Quellon, Chile - Ferry Through The Fjords

Inside the passenger lounge of the huge ferry to Quellon from Puerto Chacabuco.

Tugboat on the waters between Puerto Cisnes y Puerto Gala.

Puerto Cisnes, boats moored in the bay, houses in front of the hills, journey by ferry.

This journey was an opportunity for me to travel by ferry through the fjords of southern Chile! The weather wasn't great being late October but the ferry was near empty for most of the trip meaning you could enjoy it in extreme comfort and use 3 or 4 seats as your bed. I imagine at peak season you would be sitting there cramped up like you do on an airplane and for 32hrs too! I enjoyed it very much despite the weather, there was a good crowd of people onboard and it was like a large family and we were all on this journey together!

I made my way from Coyhaique to Puerto Chacabuco via Puerto Aysen which takes 90mins by bus. I made sure I would be there hours early so as not to miss the boat. I bought my ticket online beforehand from Navier Austral for a price of $27USD which is good as it used up 2 nights and I saved having to pay a hotel. I arrived at 3pm, we embarked at 6.30pm and we left Puerto Chacabuco at 8pm stopping at Puerto Gaviota during the night and making our 2nd stop at Puerto Cisnes at 6am. Our next port would be Puerto Gala which we arrived at 11.15am. During this day we made other port stops in Melimoyu and Puerto Raul Marin Balmaceda before reaching our final stop before Quellon which was Melinka at 10pm. We arrived at our final destination of Quellon on Chiloe Island at 4am. The ferry was huge and carried passengers, cargo and vehicles. The cafe provided a good range of food for reasonable prices but I also had a good supply of my own food and water too! Of course it's not quite as bad as an airplane because you can get up and walk around - inside, outside, frontside, backside or any side you like! The port stops are good fun - people and vehicles disembark and others board. I made a point of having my small backpack with my valuables inside on me at all times! I had good periods of sleep laying across the seats as did pretty much everybody onboard. Some people had foam mattresses with sleeping bags layed out on the floor. Even with the heavy cloud and rain throughout the journey there was at times some quite stunning views of the green fjords and snow-capped mountains all around us. I look forward to one day coming back and doing another ferry journey here in the summertime! In Quellon I waited until the first bus of the day at 6am for the 90min ride to Castro.

On my way by bus from Coyhaique to Puerto Chacabuco via Puerto Aysen 4 the 24hr ferry to Chiloe Island leaving tonight! #ferry #Travel #Chile pic.twitter.com/KPKq0TEfJQ

Boat on left will take me 2 Chiloe Island, 24-30hrs, from Puerto Chacabuco. $27usd, good deal especially if it takes 2 nights, save on hotel. pic.twitter.com/myCBhbhDVk

On the ferry, warmer now, heaters, leave in an hour or so, it's 90% empty, can lay across seats to sleep. https://t.co/nqIzYERiCA

Greetings from Melinka, 26hrs down, 4hrs to Quellon on Chiloe Island, ferry journey from port to #port in #Chile. Good experience! #Travel pic.twitter.com/XYxt1ihCtJ

After 32hrs in a ferry from Puerto Chacabuco to Quellon arriving at 4am I'm waiting until 6am for a #bus to Castro. They're regular! #Travel pic.twitter.com/Q3EBATHkNq

Bus on time from Quellon to Castro on Chiloe Island, first bus of the day at 6am. #Travel #Chile #bus pic.twitter.com/iw0Mar3VKI


View all photos in the Puerto Chacabuco to Quellon Photoset 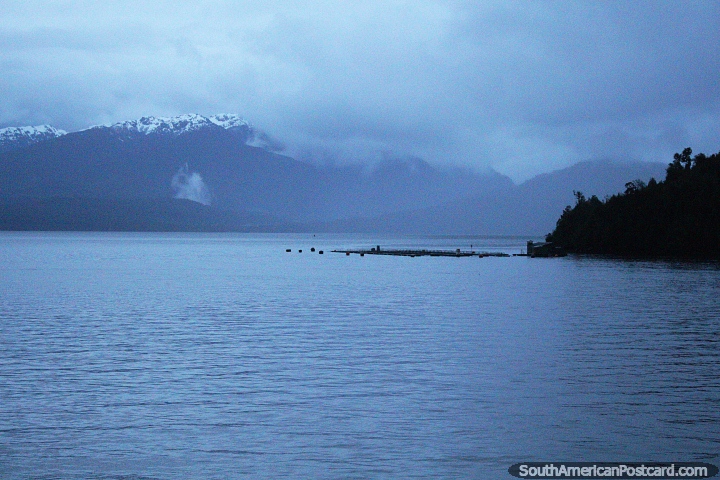