Trees with bright white leaves around the shops in the center of Coyhaique.

Plaza del Pionero at the start of Paseo Baquedano in Coyhaique, an area with monuments and a kids playground.

Trees, gardens and grass, a nice place to relax at the Plaza de Armas in Coyhaique.
Map location: Coyhaique, Chile

Coyhaique is really the only city for quite some distance in any direction of notable size with an abundance of shops and supermarkets! It's the best place to stock up on food and other items before traveling further on. Coyhaique is located a little over halfway down the Carretera Austral (Route 7) which runs from Puerto Montt all the way down to Villa O'Higgins. Futaleufu where I had travelled from by bus is 10hrs north and is a very small town. Puerto Rio Tranquilo (4hrs by bus) and Cochrane (7hrs by bus) further south are also very small. Balmaceda 56kms south-east has an airport which is accessible from Puerto Montt and Santiago with Sky Airlines. To the west 90mins drive from Coyhaique is Puerto Chacabuco and Puerto Aysen (port cities) where ferries travel to and from the north and south. Coyhaique is a pleasant city to hang-out in for a few days. I needed a rest after traveling for several weeks through Chile and Argentina to get here!

Coyhaique is a good place to stock up and shop. There are many electronics shops in town which indeed are very tempting. I bought a power pack to charge my phone without needing a power socket. This definitely is a good idea and saves a lot of hassle while traveling! The Plaza de Armas (main square) has plenty of trees and grassy areas to relax as well as a fountain. The arts and crafts fair also located in the plaza has handmade products crafted from native wood (clocks), leather, metal (jewellery) stone, wool (small dolls) and sugar (sweets)! On one side of the plaza is the information office, across the road from here are several arts, crafts and clothing shops with a Bohemian atmosphere. The cathedral is also nearby. From a long distance away can be seen a huge Chilean flag flying high in the wind, this is Plaza Mirador Rio Coyhaique where you can see a fantastic view of Rio Simpson National Reserve (valley and river). Around town you can see colorful tulips growing in gardens, tulip gardens are very common in this region of Chile!

Paseo Baquedano de Coyhaique is a walkway with several monuments, an awesome childrens playground, public seating areas and trees. Starting at the city end of Paseo Baquedano is Plaza del Pionero where the 'Al Ovejero' monument is. This monument was donated by the city of Punta Arenas and honours the work and labour of the shepherd, his dogs, horses and stock (sheep). The next monument is called 'La Familia Tehuelche' - a sculpture of indigenous people. The monument called 'Los Chilotes' pays homage to the immigrants and features a family working - mum and the kids bag produce while dad does woodwork. The monument called 'Puestero, Pionero de Tradiciones' features another shepherd with his dog and sheep. The work called 'Cultura y Transicion' pays homage to the Mapuche people who helped create the Aysen region.

Breakfast in Coyhaique Chile, looks like a hamburger but they call it a sandwich! https://t.co/jcPK7K0Sef #sandwich #food #hamburger pic.twitter.com/HWLkDH15LT

Austral Road south of Coyhaique down 2 O'Higgins is #unsealed & #bumpy. There r nice places 2 stop along da way but the #road gets tiresome. pic.twitter.com/syDS8rb1HX

A bunch of food items I just bought at Unimarc supermarket in Coyhaique, not that cheap! $16700 pesos = $27usd. #food #supermarket #Chile pic.twitter.com/UrBkiXcsyj


View all photos in the Coyhaique Photoset

Hospedaje Coyhaique, Coyhaique, Chile (October 2017 - 5 nights) - I stayed here in Coyhaique before and after I travelled down the Austral Road and back. This hospedaje is located in the middle of town near the Unimarc supermarket. Comfortable room and bed, WIFI and TV with shared bathroom. The kitchen for use is downstairs. The place is kept clean and has a nice owner and staff. $15000 pesos ($23USD) per night. I enjoyed my 2 stays here. Recommended.
Chile Travel Blog | Photos of Chile | Festivals in Chile | South America Videos 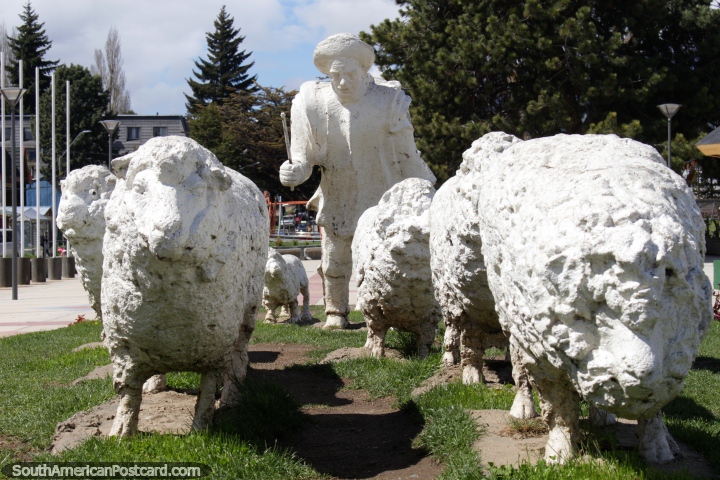