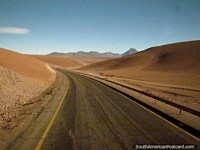 The road through the mountains between Paso de Jama and San Pedro. 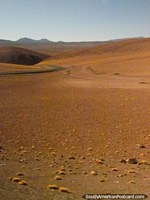 Looks like the surface of Mars, terrain between Paso de Jama and San Pedro. 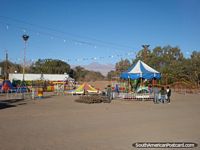 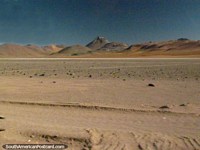 2014 The 3rd time I have done this journey. There is now a new passport control office at Paso de Jama for both Argentina and Chile, no longer are they miles apart.

2009 / 2010 I travelled from Salta in Argentina to Calama in Chile on a bus for 10hrs and crossed the border at Paso de Jama. It took over an hour for the Argentinian immigration to process us. There is about 160kms of travel before the Chile border control. There is some nice scenery along this route which is highway 27 - mountains, salt flats, lagoons and wide open space. You may see a fox amongst the rocks. A lot of people on the bus were heading to San Pedro de Atacama to see the Salar de Atacama salt flats. I have seen the Salar de Uyuni in Bolivia twice, so I headed straight through to Calama on this occasion. We stopped at San Pedro de Atacama to let half the passengers off outside a childrens fairground and shortly after leaving I got some photos of the interesting rock formations on the way to Calama. In 2014 however I did stop and stay in San Pedro de Atacama, twice in fact. I finally made it! 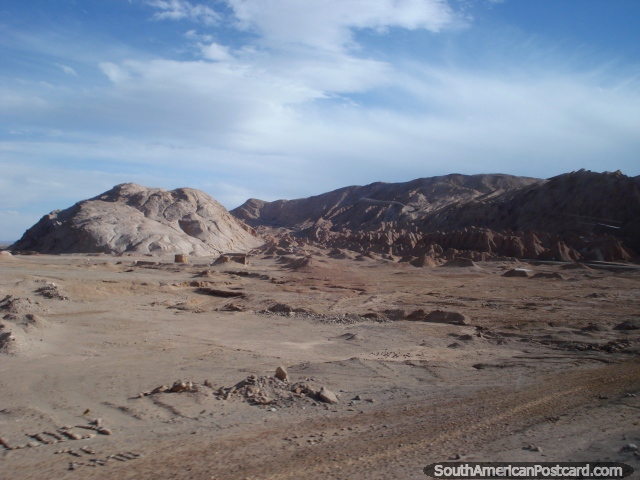