Gran Chaco to Santa Cruz, Bolivia - 18hrs In A Bus On A Border Cross 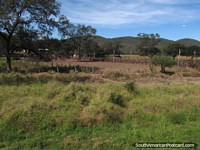 A ranch and hills north of the Parapeti River. 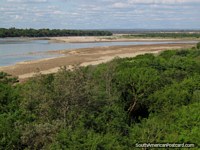 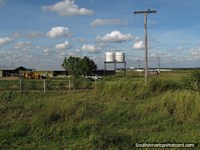 Bulldozer, water tanks and powerlines in the country south of Santa Cruz. 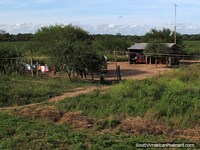 The Trans-Chaco road from Paraguay north / west up to Santa Cruz is now paved and takes a lot less time than it used to. I boarded the bus in Pozo Colorado which is 5hrs north of Asuncion at around 11pm, by around 6am we crossed the border into Bolivia on highway 9.

This border crossing is about as remote as you can get in South America, there is not much here and the passport control office is really just a shack. In front of the office there were several money changers - I changed my Guaranis to Bolivianos. There also were a few small food stalls outside the office but the bus actually had food onboard for the passengers, little packets of things and basic sandwiches.

18hrs is a Long Haul

In total it took 18hrs from Pozo Colorado to get up to Santa Cruz, from Asuncion you are looking at about 24hrs. We arrived in Santa Cruz at around 4:30pm.

I started taking a few photos of the journey during the day after we crossed into Bolivia. On the Bolivian side the road becomes Ruta Chuquisaca-Chaco. There is nothing really man-made to see which is a nice change (apart from peoples houses and farms), just nature - rivers, hills, trees, crops growing, cattle, powerlines, fences, dirt side-roads, a train track, open plains and grassy fields. It's definitely not the worst road I have travelled on in Bolivia, that prize goes to the road between Tarija and Potosi = 12hrs of hell. Ruta Chuquisaca-Chaco is in good condition and is quite scenic, but at one point we detoured off highway 9 on a road to the east of Camiri and passed over the Parapeti River. This is actually the place I started taking photos, the river has a lot of small boulders. Later we crossed over the Rio Grande O Guapey, it's quite beautiful around this area with wide plains and sandy river banks. An hour and a quarter later we were on the outskirts of Santa Cruz, a city I had been to a couple of times before.


View all photos in the Gran Chaco to Santa Cruz Photoset 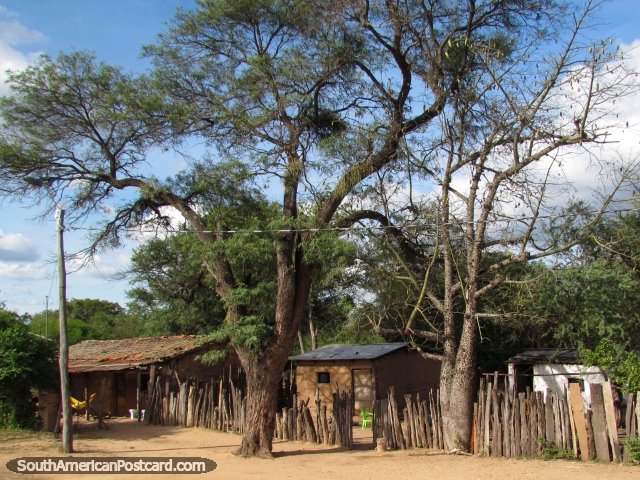