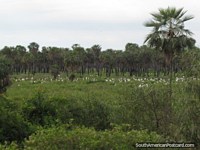 100's of Jabiru Storks in a field in the Gran Chaco. 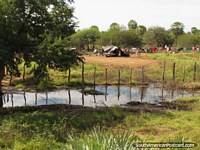 Clothes drying on fences at a shanty village in the Gran Chaco. 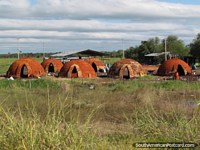 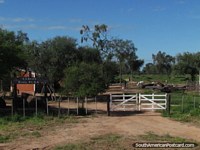 Traveling on the Trans-Chaco Highway is one of Paraguay's highlights for me, the road extends from Asuncion all the way up to Bolivia, it also goes by a couple of other less-cool sounding names - Highway 9 and Carlos Antonio Lopez Road. The Trans-Chaco Highway intersects 5hrs north of Asuncion with Highway 5 which leads east to Concepcion. Pozo Colorado is the name of the place at the intersection, it's like a central point, all buses heading to and from Bolivia and Filadelfia and some buses to and from Concepcion pass through Pozo Colorado. Most buses stop here to drop off and pick up passengers for all of these destinations. It is simply not true that you have to return to Asuncion from Filadelfia or Concepcion in order to get a bus up to Santa Cruz in Bolivia. The people at the bus terminal in Asuncion will say and the Lonely Planet book does say - that you must return to Asuncion from the Gran Chaco in order to get to Bolivia, this is absolutely not correct. I found bus travel around the Gran Chaco quite easy, especially in the day.

Bus Travel in the Gran Chaco

I Spotted 100's of Jabiru Storks

From the bus window 50mins south of Pozo Colorado around Mondelindo I saw 100's of Jabiru Storks out on the right. I took a couple of quick photos as we went by and made a plan to return and have a better look. We arrived in Pozo Colorado and stopped for about 10mins before continuing north, sometimes we would stop in the middle of nowhere to pick up indigenous locals. To make the most of this journey it is best to keep your eyes open and take it all in. I arrived in Filadelfia where I spent the night.

At 11am the next morning I left on the only daily bus out of Filadelfia back south to Pozo Colorado. I wanted to see if there was a way to get a little south to the Mondelindo area to see the Jabiru Storks. Luckily a bus was heading south to Asuncion and was about to leave. The place I had seen the day before was not exactly at Mondelindo, the bus driver was patient in waiting for me to see the birds and tell him to let me out there. I spent the next 70mins walking barefoot around a swampy wetland area through reeds and grass to get close and photograph these amazing big birds. I did get close several times but they would spot me and take off. I did get some good shots and some video also, it was quite a crazy thing to do I guess. I didn't think until later that there could have been alligators in that area. I headed back on to the Trans-Chaco Highway and waited only about 10mins for a bus heading north up to Pozo Colorado.

Pozo Colorado to Concepcion and Bolivia

Once in Pozo Colorado, it was only about another 10mins before a bus to Concepcion came through which is where I spent the next few days. From Concepcion I wanted to get to Santa Cruz Bolivia. I headed west back to Pozo Colorado, the bus took an hour less than it had done on the way there, only 2hr 30mins. After arriving in Pozo Colorado at around 6:30pm, which is about the time many buses leave Asuncion for Santa Cruz - I had to basically wait for these buses to get up to Pozo Colorado, which takes around 5hrs. So I waited until around 11pm for one of these buses to come through. A man had phoned the bus for me, to tell them I was waiting. In Pozo Colorado the people were friendly, they gave me a seat and I sat outside and enjoyed some food and beer for a few hours. I think this place never sleeps, it has a couple of 24hr gas stations and like I mentioned, is on the main bus highway. The next 18hrs was spent heading through the night up to the border of Bolivia where we crossed early in the morning, around 5-6am, then all day traveling up to Santa Cruz, arriving after 4pm. The border control was quite simple without any problems. What a journey that was!


View all photos in the Gran Chaco Photoset 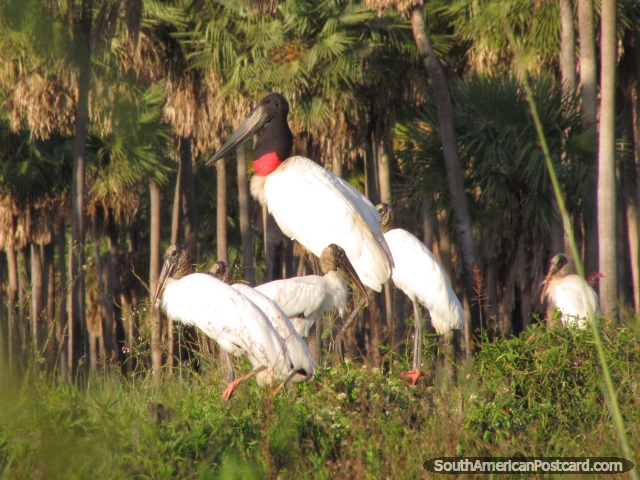