Cobija, Bolivia - Amazon Border Crossing To Get To Brazil & Peru

Front side of the church in Cobija, built in 1930, beside the main plaza.

Colored archways at Pinata Park in Cobija, a recreational park.

A Few Of Cobija's Sights

The city with a roof of palms is what Cobija is known as. I arrived by plane from La Paz and walked from the airport to the center which is around 4kms. Piñata Park (Parque Piñata) and the huge Three Heads monument (Tres Cabezas) are 3kms from the airport. On the opposite side of the road from Piñata Park, adjacent to the Three Heads is a monument of a man with his plowing cows and loyal dog beside him. A few other notable sights I found in Cobija are around the main square - Plaza German Busch with the church - Casa Parroquial Nuestra Señora del Pilar (1930) and an old wooden pink building nearby. Opposite the church is a beautiful and huge ceramic mural by Jose Antonio Arnez Cabrera which tells the story of the people. Not far from the plaza and church is the river and Paseo Junin (a nice walking area and passageway) to one of Cobija's most iconic attractions, that being - The Bridge of Friendship (Puente de la Amistad) which crosses the Acre River to Brasileia in Brazil. Up river slightly from the bridge is an army base. Cobija's Natural History Museum I haven't seen but has mainly dead animals and skeletons on display. The annual trade fair (Feria de Muestras) runs in the 2nd half of August for around 10 days and features the arts and crafts of the area and Pando region.

I'm sure Cobija has some amazing nature and wildlife to see out in the jungle, but as far as I could see there are no tour offices or organised tours. Cobija does offer bird-watching opportunities and fishing in the rivers. The government office may be the place to ask for information and about guides. Both Brazil nuts and Castaña chestnuts are processed in Cobija at the local plant, a tour here could be interesting.

Across the Acre River is the small Brazilian border town of Brasileia. The Puente de la Amistad (bridge) is not where you get an exit stamp from Bolivia. Take a moto to the official border crossing a few kilometers away. After crossing into Brazil, take another moto to their passport control. The road from Brasileia to Assis is around 115kms and is full of pot holes, it's a bumpy ride with many swerves. From Iñapari on the Peruvian side, the road to Puerto Maldonado has around 100 judder bars along it, quite extreme and this whole ride from Brasileia to Puerto Maldonado will take up to 5hrs in a shared co-op taxi which is the standard way to do it. From Puerto Maldonado I came all the way back to Brasileia, slept here, then headed to Rio Branco, 3hrs in a shared co-op taxi and again a road full of potholes. The drivers of the co-op taxis drive extremely fast, 120kmsph.


View all photos in the Cobija Photoset

Pousada Las Palmeras, Brasileia, Brazil (April 2019 - 1 night) - A horrible place to stay run by a crazy man. A shitty smelly room for $60 Reals ($15USD). Wifi, a tv, private bathroom and aircon. The aircon helped make the room less smelly. I reluctantly stayed here and got through the night before leaving first thing in the morning in the rain. Brasileia is an equally horrible place. Avoid it.

Hotel Avenida Solei, Cobija, Bolivia (April 2019 - 1 night) - Hotel Avenida Solei is located in the center of Cobija, if you can call it a center that is, near the central market. Costing $120 Bolivianos ($17USD) for a comfortable room, not terribly flash but quite OK. With TV, wifi, aircon, private bathroom and a breakfast buffet included. Slightly cheaper than the hotel along the road that is opposite the central market. Not a bad deal but expensive for Bolivia.
Bolivia Travel Blog | Photos of Bolivia | Festivals in Bolivia | South America Videos 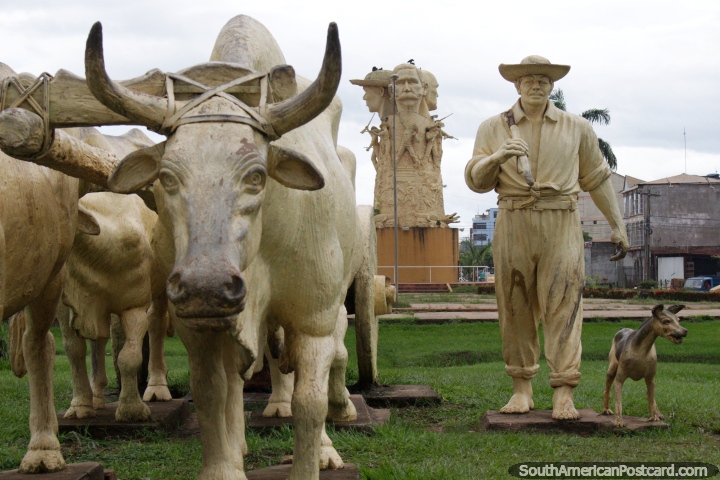