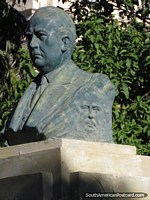 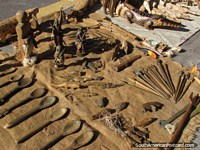 Historical buildings with archways and nice designs in Asuncion. 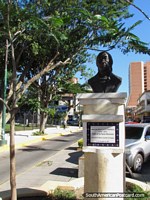 My 2nd and 3rd times in Asuncion were fantastic and I got to see much of the city. It was raining the 1st time I came here in 2009 and I just passed through after staying the night across the road from the bus terminal. I then travelled by bus over the Paraguay River into Argentina to Corrientes the next day. When I came here the 2nd time in 2012 I arrived from Paraguari 2hrs south / east and stayed a couple of nights and on the 3rd time in 2016 I travelled from Resistencia in Argentina up to Clorinda across the river from Asuncion to get here.

Asuncion is a city full of beaux arts architecture and colonial buildings. A place where you will likely see a horse and cart in the middle of the city amongst the traffic. Asuncion is quite a safe place and the people are friendly too. They will often ask you to take their photo or smile for the camera if they see you are taking a picture - that's a complete contrast to Bolivia I must say.

I found a hostel near the historical center around the corner from Plaza Uruguaya so this was the first place I visited. It's a beautiful big leafy plaza with a central monument of Artigas holding his hat. There are a number of white artworks of women including a ballerina, Venus or Aphrodite (they are not sure which one she is) and to the mothers. The locals like to sit and play checkers on the park benches. Beside the plaza is a monument to Miguel Hidalgo y Costilla (1753-1811) - a Mexican priest and independence leader. Asuncion had been celebrating its bicentennial and around this part of the city were dozens of pictures on street lamp poles of famous and important people of Paraguay. Don't worry I won't name them all!

Walking along the street I came to a shop with some really cool wooden sculptured figures of natives painted black with big red lips outside on the sidewalk. Plaza Juan E. O'Leary, a nice park, lots of trees and a monument obviously to Juan E. O'Leary (1879-1969), an historian, journalist, politician and poet. Next I saw the landmark building called the National Pantheon of the Heroes and its plaza. The Panteon Nacional de los Heroes building keeps the remains of some famous figures and is kept under military guard. It's quite a sight with the dome, tall columns and flags flying all around it. It took over 70yrs to construct commencing in 1863. On the street beside the Panteon, indigenous Guarani women were selling some beautiful and colorful hand-crafted jewelry - bracelets, necklaces, wristbands and rings. Across the road on the corner is another outstanding building - the Ministerio de Hacienda, green in color, with a dome, arched doorways and many balconies. On this street corner are several stalls selling touristy type things made from leather and wood, souvenirs basically. Nearby is the pinkish building Municipal Theatre Ignacio A. Pane built in 1843.

A couple of minutes walk away is Plaza Independencia with its diagonal checkered pattern on the ground and tall slim monument in the middle. Beside the plaza is Asuncions attractive cathedral which was constructed from 1842-1845, it's right beside the Paraguay River and strangely a little shanty village where kids play outside their shacks and come up to the street and ask people for money. The Legislative Palace is close-by, a pink building with many archways on 2 levels, it was inaugurated in 1857. In front of the palace is a statue of Asuncions founder - Spanish explorer Juan de Salazar y Espinoza (1508-1560). Continuing my leg-powered exploration of Asuncion I came now to a huge monument of a man on horseback, it is not stated who it is. There are a couple of huge cannons at the foot of the tall pedestal. As I walked in the direction of the Government Palace I photographed some really fantastic street art painted on rugged building facades, there is beauty in the derelict sometimes.

The Government Palace is quite something, a huge neoclassical building of white and pink with well-kept lawns, red flower gardens and yellow / green hedges. It's also known as the Palacio de los Lopez and was finished in 1867. Across the road I could see good views of the river from Plaza de los Desaparecidos, this plaza also has a diagonal checkered pattern and some palm trees.

On the riverbanks some serious remodeling was in progress - the construction of Parque Bicentenario, a park with 13 hectares of new public space and beaches.

I made my way towards the port area. There is a small shady plaza here where men stand and play some kind of card game that they take quite seriously. There are some busts of ex-President Alfredo Stroessner (1912-2006), Isabel (Mother of America) and Cristobal Colon (Christopher Columbus) (1451-1506). I looked out at the river at days end, it's quite beautiful. I could see the beach over to the right. I walked back to the hostel and passed by Casa Viola (Viola House) which was the first house restored in the cultural center, built in the 1750's, it is now a museum.

I changed hotel to be closer to the bus terminal for a quick getaway the following day and spent this day seeing more of Asuncion.

The amazing Saturday markets - Mercado Guasu (La Gran Feria de los Mercaderos), 50-70% off normal prices! It's an extremely busy market full of activity, it really becomes the center of Asuncion on Saturdays. I created a video of what it is like, see here. I bought a gift for my girlfriend from a Guarani women and sat down for a nice yummy Arabic kebab. Most of the city were glued to their TV sets watching a soccer match between Paraguay and Bolivia by late afternoon.

Bus to the Gran Chaco

My 2nd time in Asuncion I travelled for 8 and a half hours north through the Gran Chaco to Filadelfia.

During my 3rd visit I did a day trip from Asuncion to Aregua and Itaugua, then returned. When I did leave I headed to the lake at San Bernardino (2hrs) and Caacupe (25mins more).


View all photos in the Asuncion Photoset

Hotel Miami, Asuncion, Paraguay (April 2016 - 4 nights) - Although not anything to look at from the outside the rooms are actually pretty good and a fantastic deal at $14USD per night. The hotel has a great central city location very close to Plaza Uruguaya and just a couple of streets from bars, restaurants, shops and the cities sights. The owners are nice people. The wifi works well and the bed is good. Recommended!

Hostal El Jardin, Asuncion, Paraguay (June 2012 - 1 night) - Nice relaxing hostel and gardens with hammocks. I hope they have got new mattresses so you don't sink down to the bed boards. If so, then I can recommend it. Friendly staff.

Hotel Yasy, Asuncion, Paraguay (May 2009 - 1 night, June 2012 - 1 night) - Across the road from the bus terminal, very basic room and not a fantastic bathroom and not very quiet being on the main road, but convenient. Some restaurants are right outside the door but there is nothing else to see in the area along the street. It's run by a nice lady. Recommended.
Paraguay Travel Blog | Photos of Paraguay | Festivals in Paraguay | South America Videos 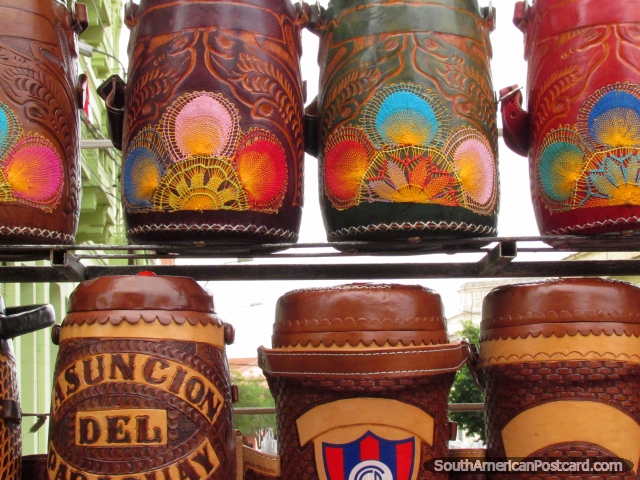