Trinidad, Bolivia - A Tour To See River Dolphins & Birdlife In The Amazon

Wooden sculpture of a native man, one of many fine cultural figures on display at the Kenneth Lee Museum, Trinidad.

Grey and white stork with bright blue around the eye, in the wetlands around Trinidad.

Frogs would love these huge lily leaves in the pond outside Kenneth Lee Museum in Trinidad.

Wooden river boat moored at a remote place in the wilderness around the Mamore River in Trinidad.
Map location: Trinidad, Bolivia

Turning up in Trinidad on a flight from Riberalta and being one of the only travelers in town didn't faze me. I was determined to do a tour here, even if it was going to be by myself! Trinidad is located on the southern edge of the Amazon basin in the Beni region with Rurrenabaque located further to the west. It's very hot and humid in Trinidad and is a great place to explore the surrounding rivers and wetlands. 10 days earlier I had been in Puerto Maldonado in Peru where a group tour took us out to see otters, capybara and exotic birds. This time, in Trinidad it would be to see river dolphins!

In contrast to Puerto Maldonado in Peru where I enjoyed a group tour for $30USD, Trinidad was a solo tour with just me and a guide costing $100USD. I had no choice, there were no other people wanting a tour on this day. I managed to track down a tour company called Moxos Tours who have an office a couple of blocks from the main plaza and organised my tour for the next morning. By around 9:30am we were at the Mamore River and ready to begin cruising the waters for the day. The main goal was of course to find the dolphins but to also enjoy and look for birdlife. After about an hour the weather turned sour but not for long. During this time we stopped off at a riverside shack where a friend of the guide lives and sheltered from the rain. By 11:15am we were on our way again and the weather remained good for the rest of the day. As we left the shack, I asked the man if he had seen the dolphins today, he said yes, they went "that way". So we changed tack and headed back in that direction. I saw many different species of birds throughout the journey and did my best with a 250mm zoom lens to capture some photos of them. By 12:30pm we had found the dolphins! They are not so easy to photograph if they are not jumping out of the water. You have to be quick to get shots while their noses and faces are above the water while swimming along. Luckily I got 1 or 2 decent photos of the dolphins, so I was happy about that. I would have been quite disappointed if we hadn't seen them at all! The tour included some food and something to drink so we ate as we cruised the river. I was even able to string up a hammock in the boat and relax while trying to spot the wildlife! Some of the birds you are likely to see include macaws, eagles or hawks, storks and various other birds of the river. You may well cruise past the port and see some of the interesting boats moored here as well as see people living beside the river in thatched roof houses. By 4:30pm we returned to the point where we started and were picked up and taken back into town by car. It was a fantastic day indeed!

Trinidad has some very interesting museums and I visited 3. Museo Icticola is quite something and has an enormous exhibition of fish from the Amazon, mostly preserved fish but also an aquraium. There are also skeletons of larger fish. This museum in Trinidad is well worth a visit and is just a short walk from the Museo Botanico which is also very interesting. The botanical museum is full of information and exhibits to do with animals like dolphins and macaws, seeds, insects and types of wood and trees. A lady took me around the museum and showed me all the exhibits personally. I then took a short motorbike ride to Museo Etnoarqueologico Kenneth Lee, a cultural and archaeological museum. On display are many figures wearing traditional clothing and masks, photos and ceramics. Outside is a pond with huge lily leaves and purple flowers everywhere.

From Trinidad I took a flight southward to Santa Cruz.


View all photos in the Trinidad Photoset

Hotel Beni, Trinidad, Bolivia (April 2019 - 2 nights) - Just your average central city cheap hotel, good for a night or 2 for the budget traveler at $80 Bolivianos ($11USD) per night. A room with a private bathroom, wifi, tv and fan. The bed was reasonably comfortable and the place is just half a block from the main plaza. Secure.
Bolivia Travel Blog | Photos of Bolivia | Festivals in Bolivia | South America Videos 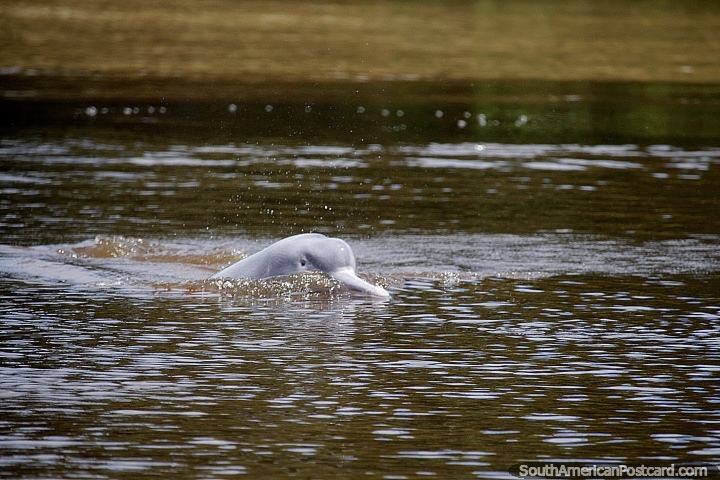